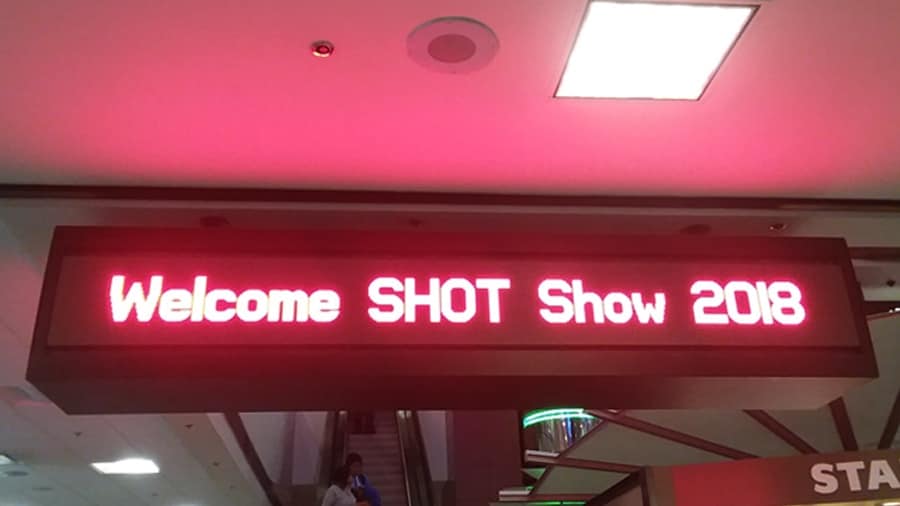 Citing last year’s figures, the show brought in some 2,000 exhibitors to the Sands Expo that attracted approximately 64,000 people in the business as well as buyers for military and law enforcement, according to the National Shooting Sports Foundation, the trade association that organized the event.

The NSSF reported the firearms and ammunition industries generate $8 billion in annual revenue. Yet, the gun industry has taken an economic hit due to the U.S. political climate over guns mellowing since voters put a Republican majority in both chambers of Congress and one in the White House.

Despite gun sales holding strong in 2017 — falling a modest 12 percent behind the record setting 2016 — the industry had overproduced and saw earning potential fall. Sales for companies like Smith & Wesson fell 17 percent, Vista Outdoor by 12 percent, and Sturm, Ruger & Co. by about 20 percent for the year.

Retailers also took a hit, most significantly Gander Mountain, which declared bankruptcy early last year after investing some $100 million in inventory in preparation for a politically-driven sales.

Although it may be a challenging time for gun makers and sellers, it’s a great time for gun buyers. This year — a notable observation — the industry has been compensating for the losses by dishing out rebates and new products and challenging innovation. Major brands like the aforementioned as well as Glock, Beretta or Mossberg have introduced a host of new products for the year.

New for SHOT Show this year, the NSSF expanded the event to include a two-day supplier showcase in which third-party suppliers show off goods for producers in need of raw materials or manufacturing support.

Also, besides the introduction of new products, the NSSF conducts classes and seminars to educate industry participants about complying with regulations as well as improving business practices.

The SHOT Show is a private event, open to industry participants and NSSF members only from Jan. 23-26. The Connecticut-based organization boasts more than 11,000 members.

Check back to Guns.com for daily updates and coverage of SHOT Show 2018.