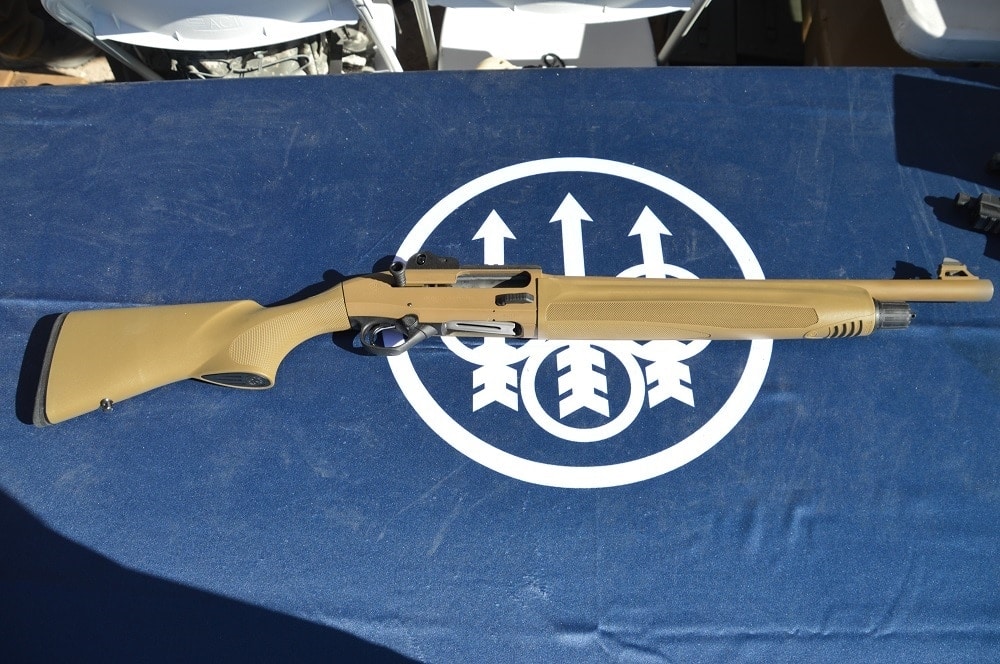 The new 1301 Tac is designed to solve a documented issue with occasional double feeds, but also brings a few additional tweaks to the line. (Photo: Chris Eger/Guns.com)

The improved new Beretta shotgun has been redesigned from the old 1301 Tac to correct teething problems with that design and features a host of other improvements.

The 1301 Tactical FDE, as the name would imply, is clad in a factory flat dark earth finish but in addition to the color change from legacy models, the new 12 gauge has a redesigned the bolt release lever to eliminate the prospect of a double feed. The issue with occasional shell lifter lockup and double feeds had been well-documented by shotgun aficionados and Beretta listened to the feedback to resolve the issue while keeping the same Blink cross tube gas piston operating system, which is billed as being more than a third faster in operation that competitors’ semi-autos.

Featuring an 18.5-inch barrel, the new shotgun has a 3-inch chamber and a removable Optima Bore HP choke system, the latter another upgrade. Overall length is 37.8-inches and the 1301 comes standard with an aluminum MIL-STD 1913 Picatinny rail on the receiver top for optics in addition to the large ghost ring sights.

MSRP is $1375 on the FDE while a new Tactical Marine with a corrosion resistant finish and Aqua-Tech coating as well as an OD green model clock in at the same price point. 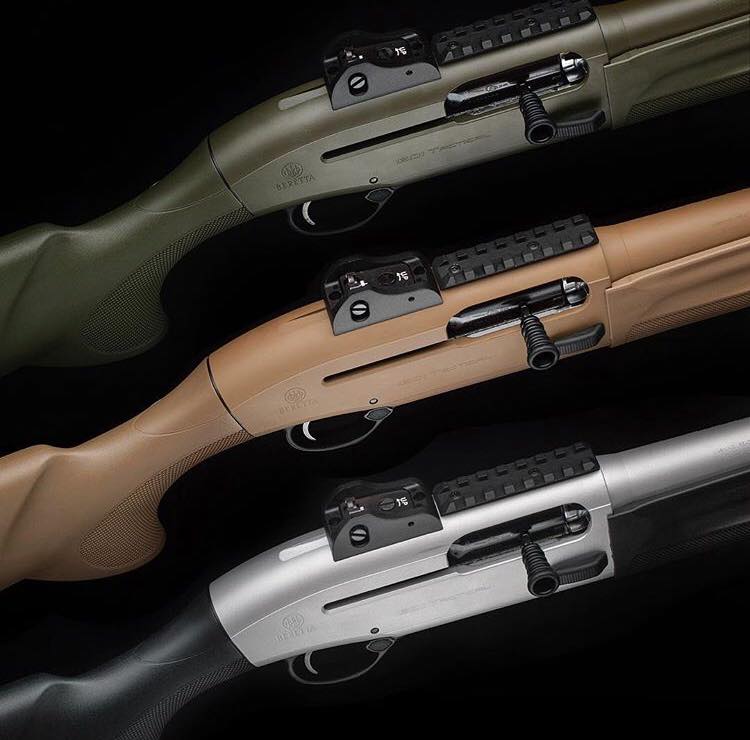