Among a host of new offerings on hand at SHOT Show 2018 from IWI US was their recently announced debut shotgun, which made a splash on Industry Day.

The new semi-auto Tavor TS12, in a nutshell, is a 15-shot self-loading shotgun that is just under 29-inches long overall. 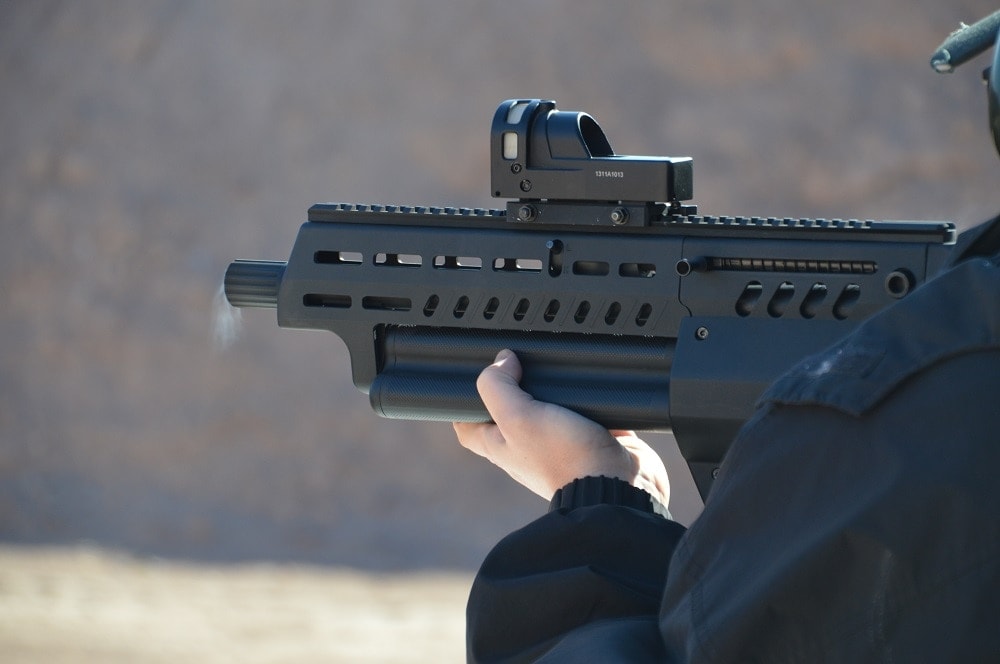 The onboard shells are arranged in a three-pack of 5-shot (using 2.75-inch shells) tubular magazines that automatically loads the next round in the 3-inch chamber when the mag is rotated into place, which sometimes took a learning curve to master on the range Monday.

When using 3-inch shells, the capacity drops by one shell in each mag. The 18.5-inch barrel is threaded for Benelli or Beretta chokes and one is included. Weight empty is advertised as being 8 pounds. 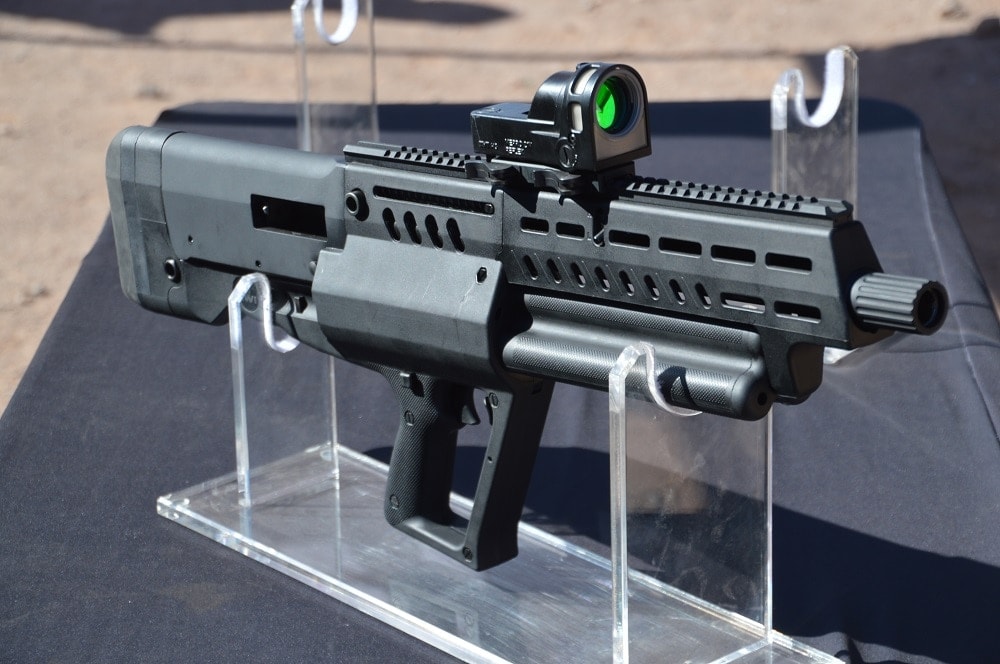 The TS12 includes a one-piece Picatinny top rail and M-Lok slots on the forward handguard, and the gun has a pronounced height when compared to 12 gauges with a more traditional layout. While a very 21st-Century design, the Tavor shotgun does visually harken back to the old Disco-era days of the High Standard HS10.

The ambi design allows the user to quickly swap out for left or right controls and ejection, much like its Tavor rifle cousins. 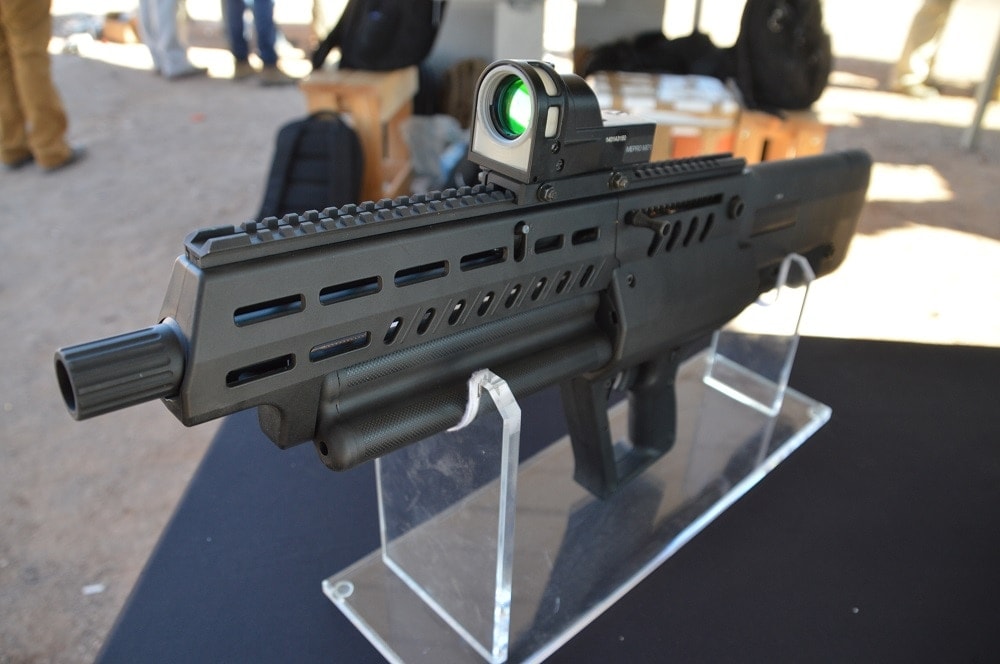