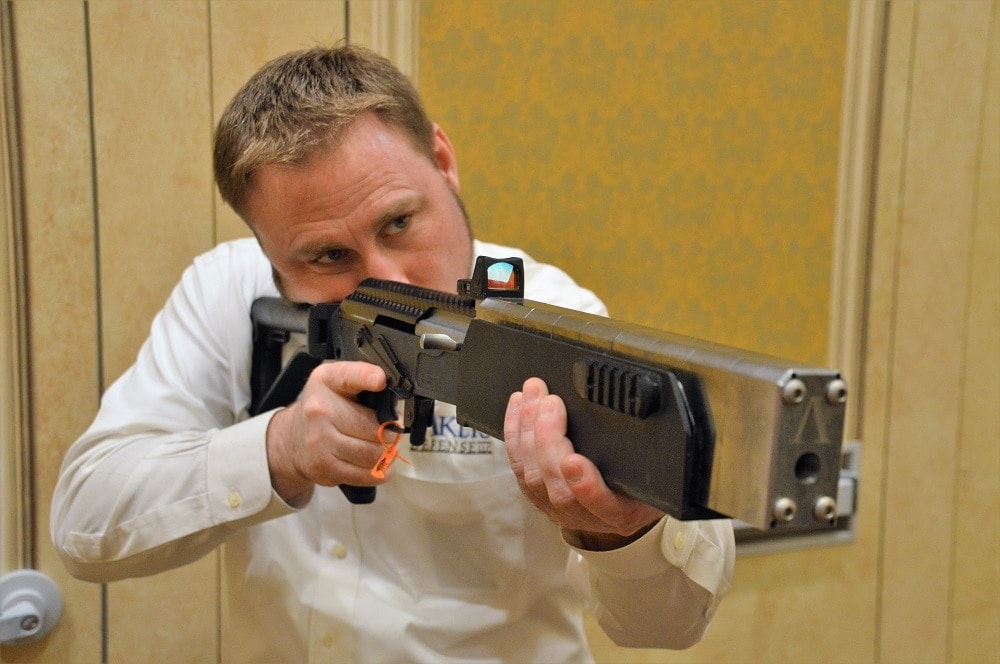 The concept: an integrally suppressed AK that still goes carbine length and weights in the 7-pound range. (Photos: Chris Eger/Guns.com)

The Baton Rouge-based manufacturer has burned up the social media pipes in the past week with their Krink-sized shiny AK SBR and was at SHOT Show on Wednesday with a couple of examples in tow.

Developed over the past 10 months as their fifth (hence “V”) integrally suppressed AK design, the prototype on hand was crafted on a Sharps Bros custom lower with a folding stock but everything from the trunnion forward is all-Aklys. The magic is a 12-inch multi-stack chamber system sandwiched around a 9.3-inch barrel to keep a handy and lightweight profile.

“It’s meant for an optimal defense carbine,” Meaux said about the Velociraptor which is small enough to fit in a backpack with the stock folded. 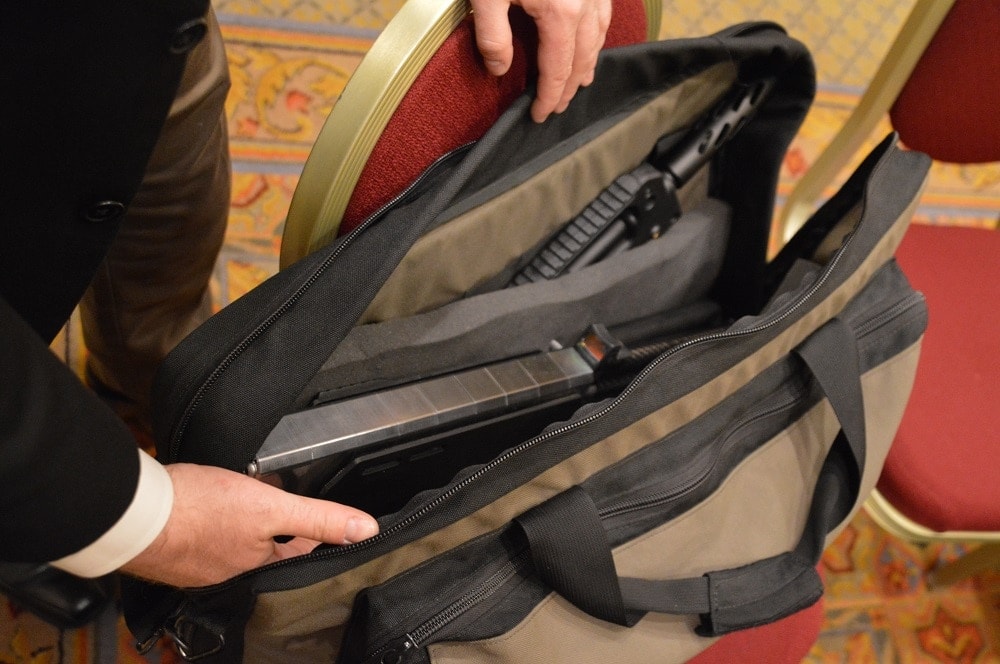 Yup, there is a Velociraptor in there, as well as one of AD’s ZK-22s.

Using a stamped receiver and a fixed Magpul MOE stock, they have kept the weight down to under eight pounds and say they can go lower if a customer wants a Warsaw Pact polymer stock, which is slightly lighter. 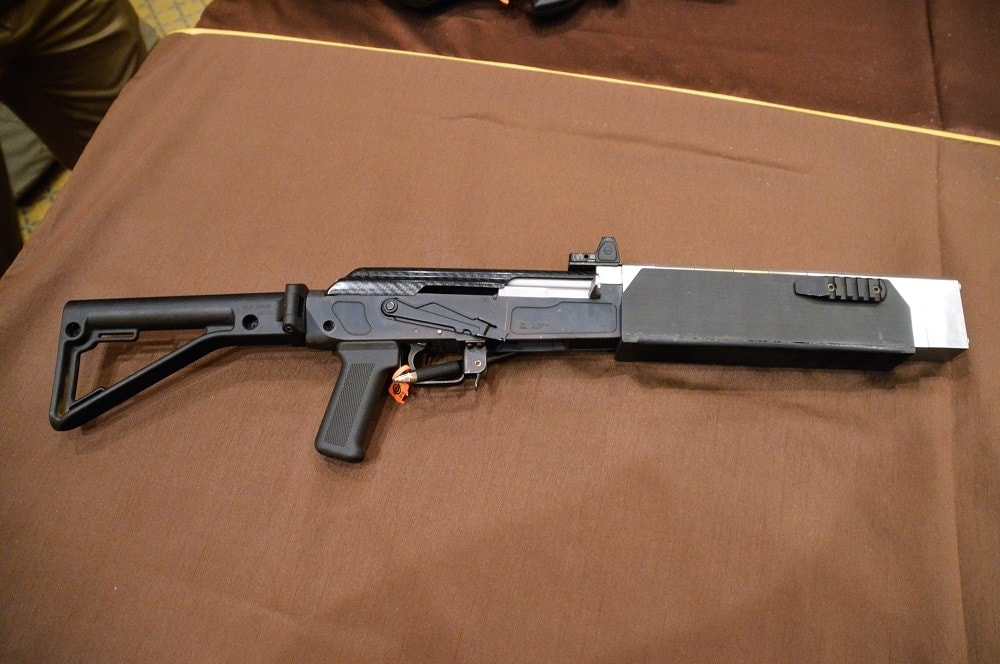 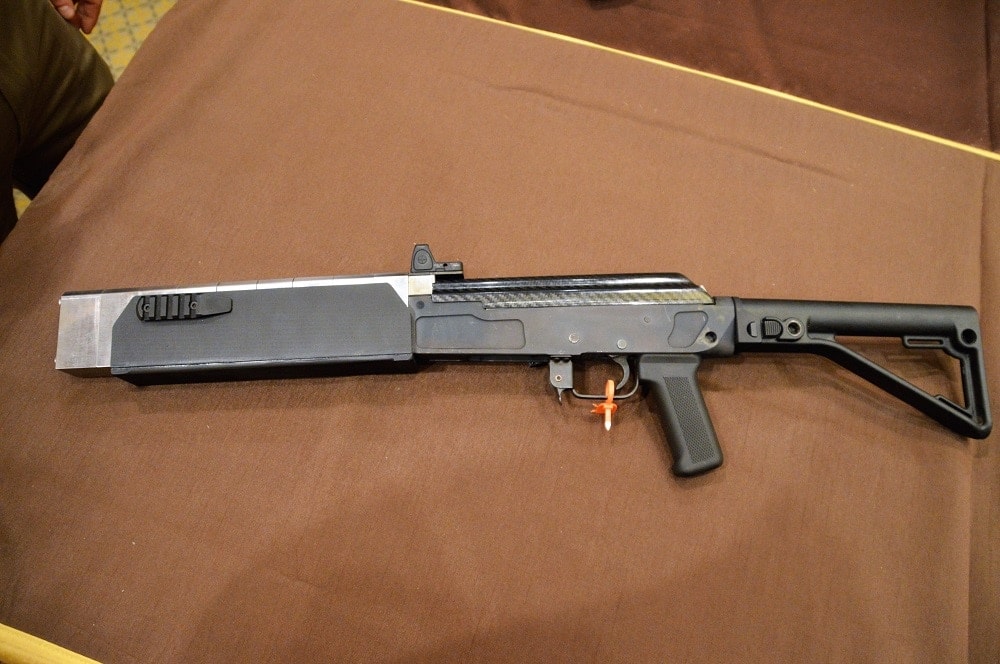 Though Meaux, well-known for his past appearances on a Discovery channel gun show, was close to the vest about the suppressor’s construction, he did explain that “each gas event has its own suppression.” 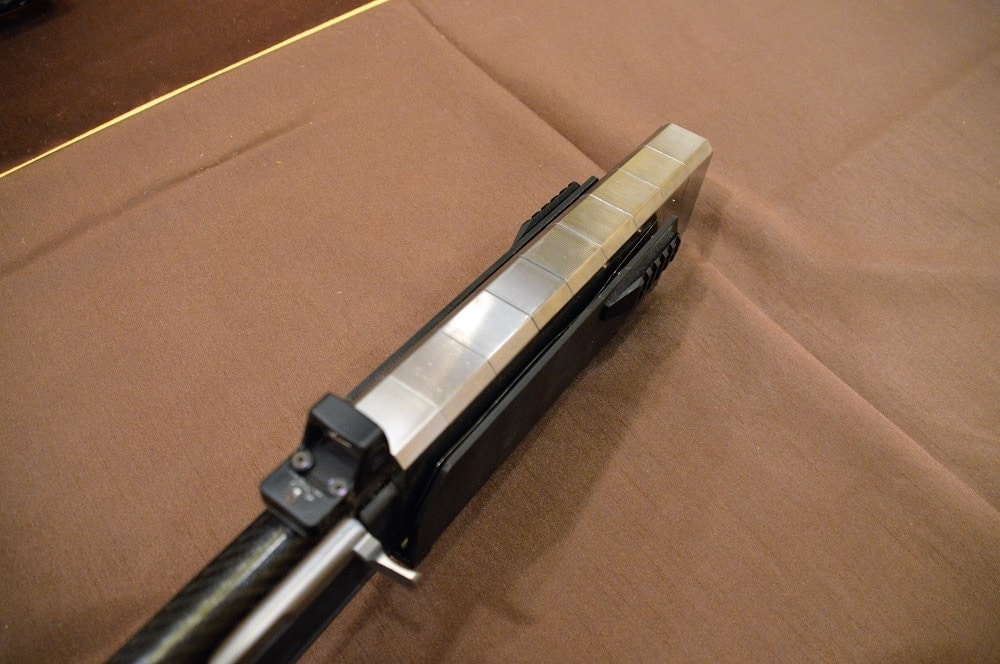 The handguard is free floating and incorporates a heat shield… 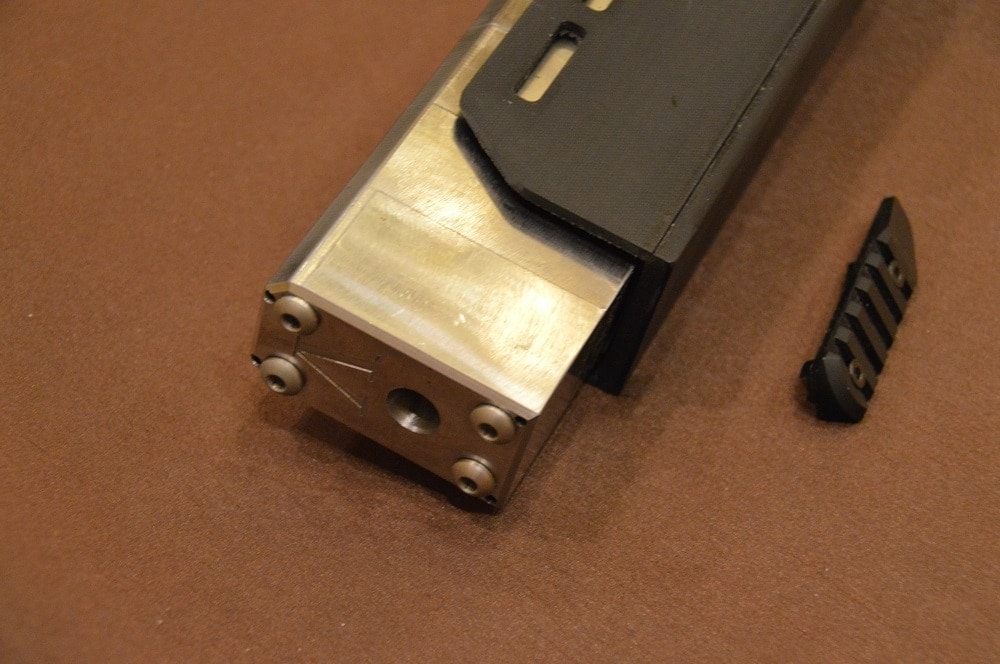 …as well as Magpul M-LOK slots, which will be more liberally applied on production models.

And best yet, it works.

One example tested at an area range over the weekend cycled 2,000 rounds — mostly 123-grain Wolf steel case and bulk Red Army Standard — with no hiccups. Designed to eat cheap import ammo, the Velociraptor uses AD’s proprietary short action piston system with an optional piston that can be swapped out in seconds designed to better suit subsonic 7.62x39mm loads without over-gassing the system. 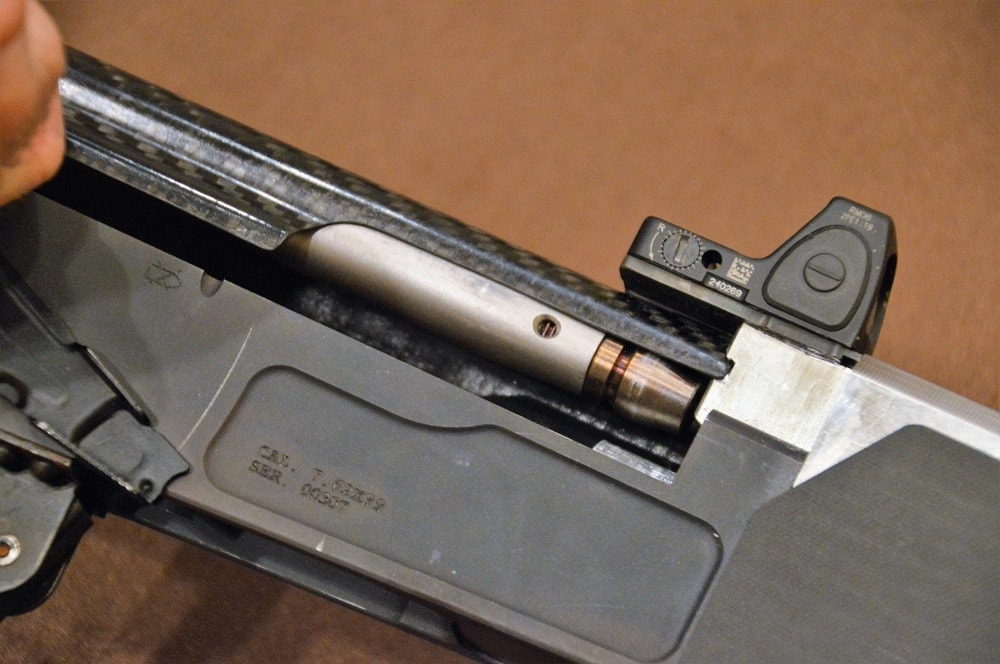 The system’s name comes from the customer who first proposed the concept, who wanted an AK “quiet enough to sound like a sneezing dinosaur from Jurassic Park,” and the moniker stuck to the project from there.

Aklys plans on making about 100 of the guns per year with an MSRP of $4,285, which does not include the two stamps for the suppressor and SBR. Meaux said they can craft a Velociraptor from a customer’s own Kalash as well, or make a pistol variant for those who want to trim some of the NFA paperwork. 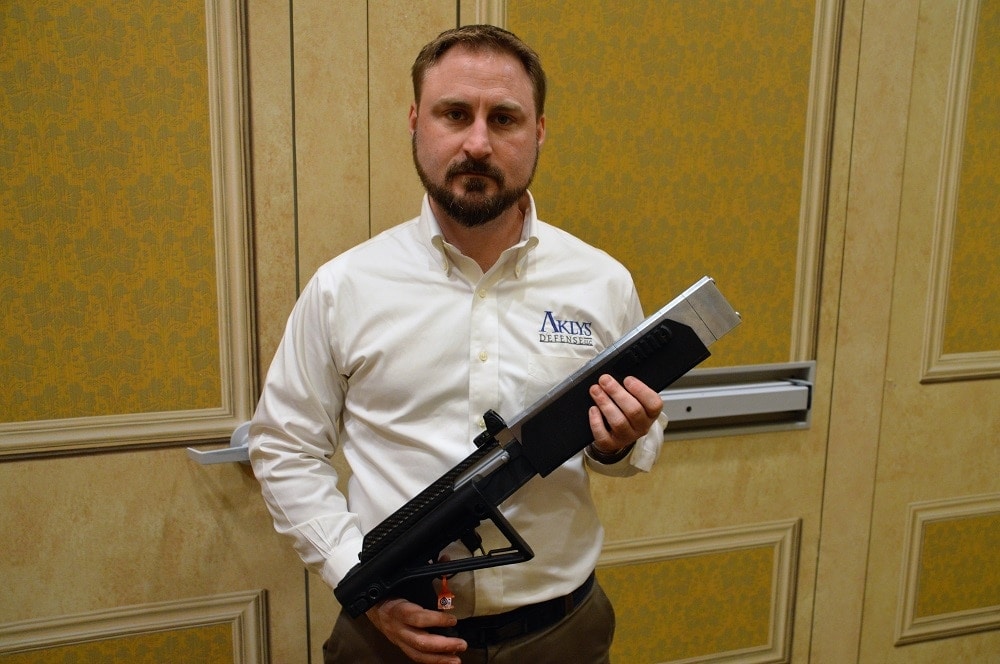 And you gotta love the logo: 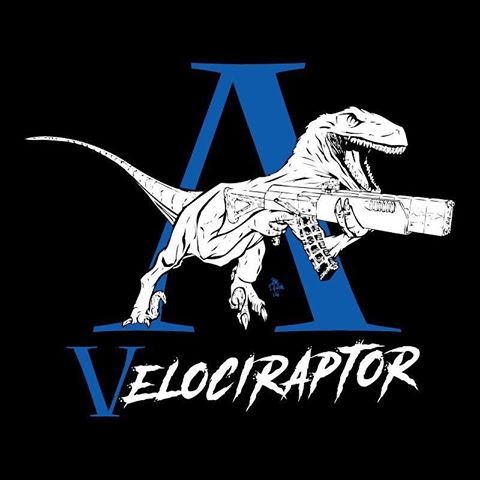 But, how does it shoot? Check it out below.