At this year’s SHOT Show in Las Vegas, Sig had the new official handguns of the U.S. Army on hand for the industry to see.

In the above video, Sig’s Rich Morovitz shows Guns.com the U.S. Army’s new M17 sidearm and points out some of the differences between the military’s variant and winner of the landmark Modular Handgun System contract and the standard Sig Sauer P320. Besides the manual safety– an Army requirement– Morovitz also goes into detail on the removable top plate for a Leupold DeltaPoint Pro sight, which is a big move for a MIL-STD handgun meant for the common Soldier in the field.

Also on hand was the M18, which uses the same chassis in a smaller frame, ideal for use by senior officers, aircrew, and CID types. 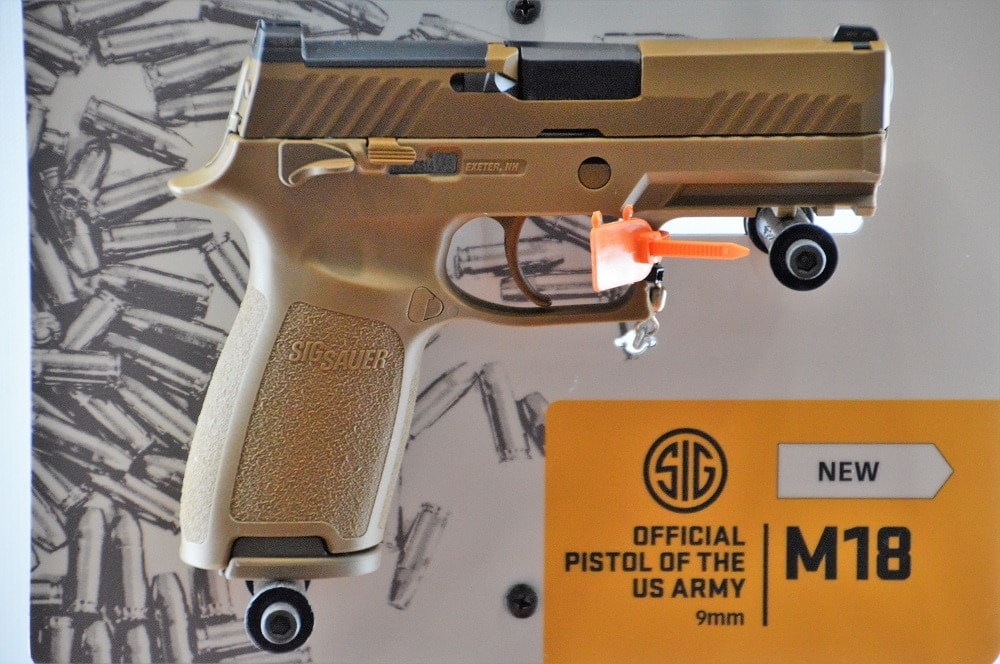 Note the coyote finish on the surface controls. Commercial variants are slated to use black controls. (Photo: Chris Eger/Guns.com)

Though based on the P320 series of modular handguns, both Sig and the military have stressed that the M17/18 series are not the same animal as their civilian predecessor. Army Chief of Staff Gen. Mark Milley went on record last year, saying, “[T]he guts and the internals of the military version of that weapon are different than what you’re going to buy in the gun store or what police are going to be fielded.”

The first batches of the M17/18 were issued to troops of the Fort Campbell-based 101st Airborne Division last November as part of a 190,000-pistol initial buy. The platform will then be fielded to a new installation each month until September 2018, except for next March and April. 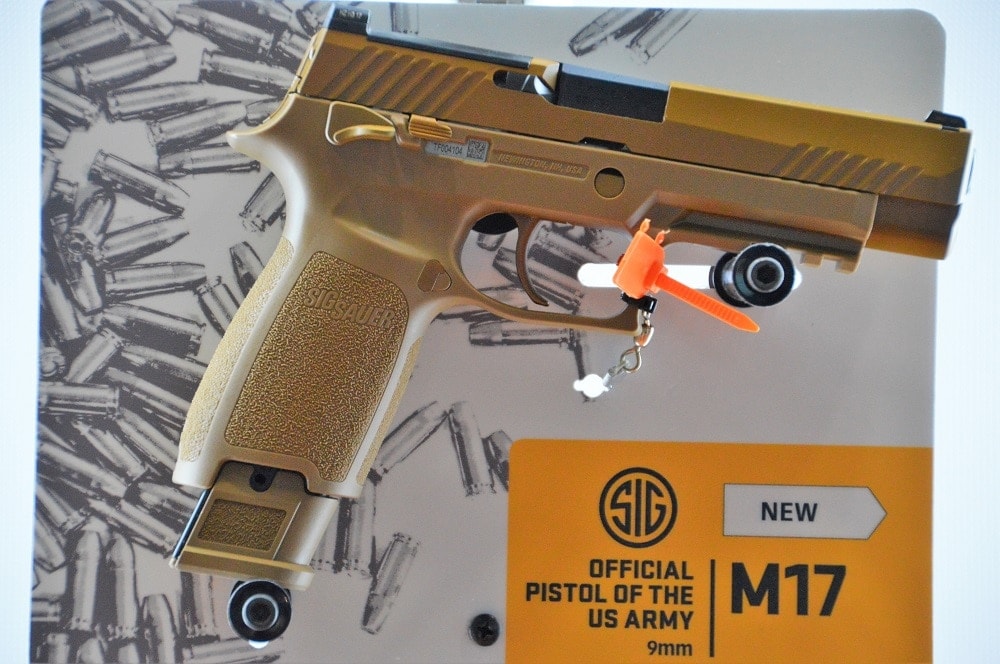 Note the extended magazine. The military contract guns ship with a flush-fit 17 and two 21-round extended mags. The standard Army night sights have orange rear and green front vials. Commerical units will have all green vials. (Photo: Chris Eger/Guns.com)

In all, the contract is expected to be worth as much as $580 million to Sig, a figure that could grow as additional branches flesh out plans to adopt the handgun to replace legacy stocks of M9 pistols, a military version of Beretta’s Model 92 adopted in the 1980s.

Sig plans to release a commemorative model in a small batch to the public later this year with minor differences in sights, surface controls, and internal finishes.