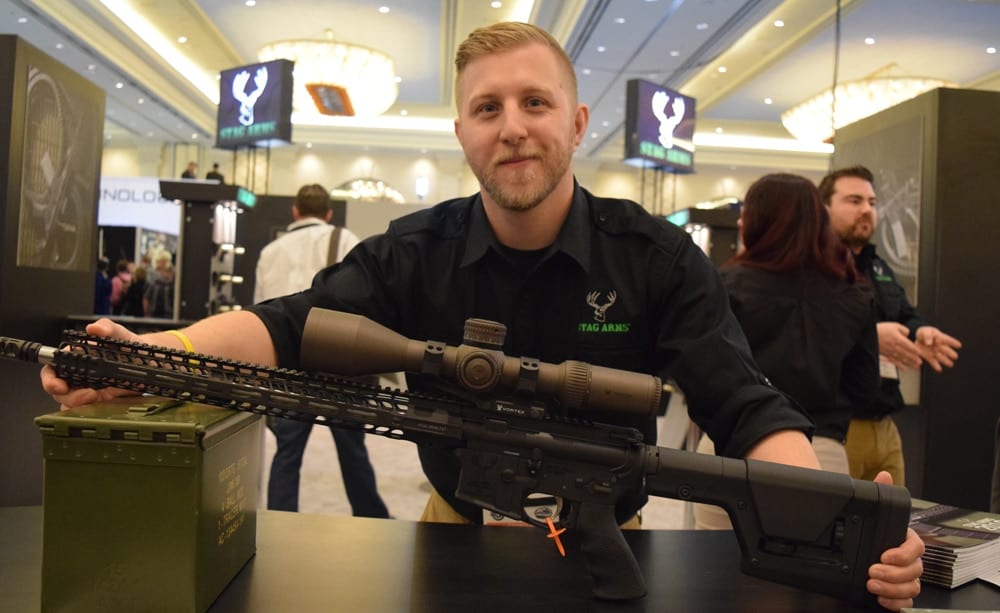 Stag Arms introduced a new series of rifles built around the popular .224 Valkyrie cartridge, an exclusive round made by Federal Premium Ammunition, this week at SHOT Show 2018 in Las Vegas.

Stag’s marketing director Chris Berlinski explained the advantage to the new Stag 15 Valkryie is the combination of its size and the round’s capabilities. “It’s a small-frame AR that allows you to shoot supersonic passed 1,300 yards. So, you are getting the long-range aspect of a 6.5 Creedmoor in a small-frame AR-15. And the cost of ammunition is much less expensive,” he said. 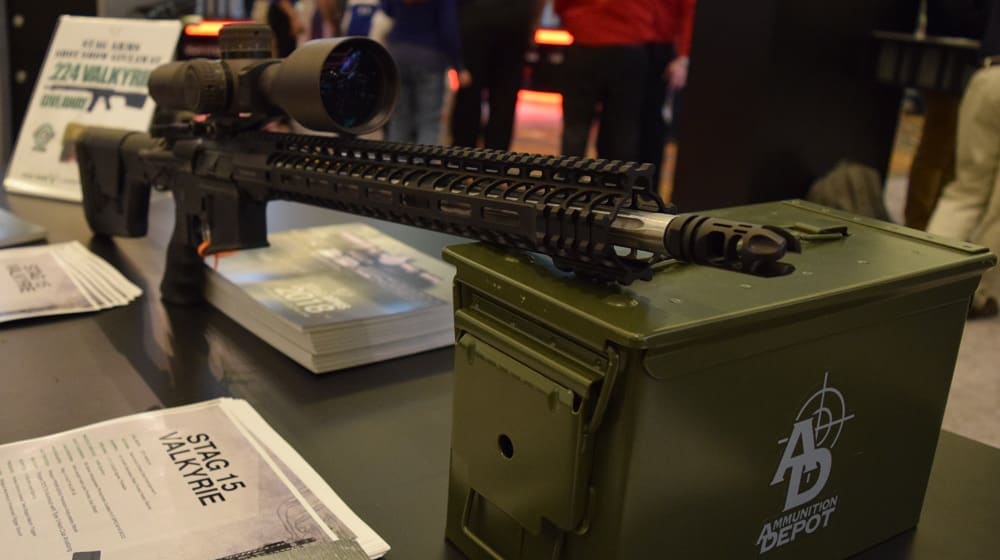 The new Stag 15 Valkryie is available in both right- and left-handed configurations. The rifle has an 18-inch barrel, and measures in at 39 inches and 8.1 pounds. (Photo: Daniel Terrill/Guns.com)

The suggested retail price for the Stag 15 Valkryie is listed at $1,179, which is slightly higher than Stag’s baseline model chambered in 5.56 NATO. However, the configuration is minimalist, containing only what performs best with the round.

“The price where this is at, essentially, is due to some of the upgrades … there’s a lot of upgrades that come standard on the rifle that does effect the price,” Berlinski said. “But they’re upgrades that will benefit the shooter and will allow them to have a better experience and a better gauge on accuracy.”

The Stag 15 Valkryie rifle is available now for pre-order on Stag’s website, but the official release date is Feb. 15.