Elon Musk has sold $3.5 million worth of flamethrowers in a weekend 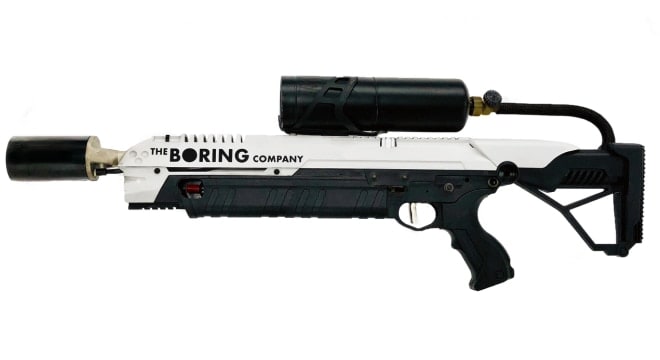 While details are sketchy, apparently 7,000 Boring flamethrowers were sold this weekend. (Photo: Boring)

The South African-born billionaire kicked off a campaign to sell flamethrowers through his Boring company on Saturday and by the end of the weekend said he had early orders for thousands.

The black and white rifle-like flame device, up for pre-order for $500, was hyped by the Tesla and SpaceX tech mogul who announced that 7,000 were sold by late Sunday. The idea was first floated by Musk last December when he promised the next fundraising campaign for his Boring tunnel company would be a flamethrower after burning through a targeted 50,000 hats.

The simple device, which he shows in a video posted to Instagram resembles a gas bottle attached to a roofing torch mated to an airsoft-type gun body.

“Don’t do this,” says Musk. “Also, I want to be clear that a flamethrower is a super terrible idea. Definitely don’t buy one. Unless you like fun.”

When the zombie apocalypse happens, you’ll be glad you bought a flamethrower. Works against hordes of the undead or your money back!

…Then clarified he was not, in fact, releasing zombie hordes to sell more flamethrowers.

In comparison, other flame devices on the market such as Ion Production’s XM-42M run about $1K, but then again, they don’t have the Hank Scorpio-like persona of Musk to feed the fire.