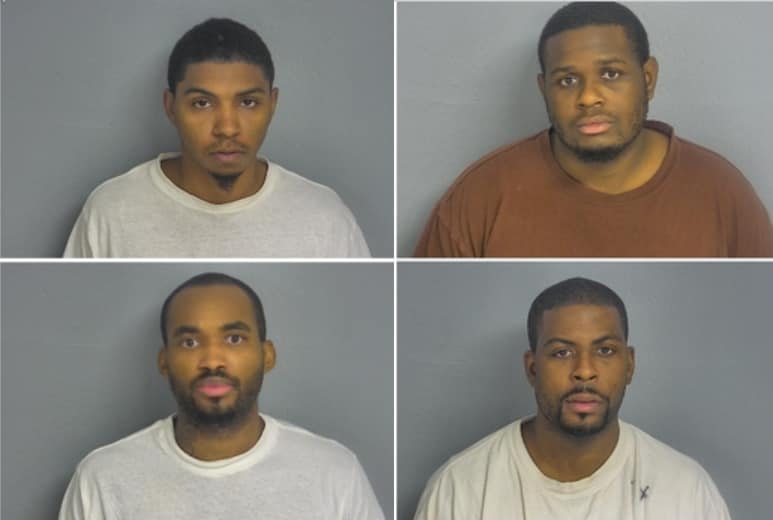 Federal attorneys announced Friday the indictments of five Texas men for stealing hundreds of firearms from two UPS trailers at a facility in Missouri last year.

The Department of Justice announced charges against Frank McChriston, 33, of Ponder, Texas; Keith Lowe, 28, of Dallas, Texas; Quinton Haywood, 26, of Glenn Heights, Texas; and Eric White, 26, and Derrick White, 32, both of Texas, for aiding and abetting one another to steal firearms being shipped across state lines and aiding and abetting one another to possess stolen firearms.

The suspects stole a moving truck from Best Way Moving & Storage the day after looting UPS, according to the department. The truck was found a week later more than 430 miles away in Seagoville, Texas.

Investigators used cell phone tower records to connect the suspects to the UPS facility and the location of the stolen moving truck, according to court documents.

It doesn’t appear the men knew the firearms — shipped from a Beretta facility in Maryland — would be at the UPS facility when they broke in, according to investigators. All five suspects remain in custody in Texas awaiting transport to the Western District of Missouri.