The Glock 19X arose from the ashes of the company’s bid to be the Army’s new handgun, and, though not popular with everyone, drew a lot of attention (Photos: Chris Eger/Guns.com)

The polymer pistol maker was on hand in Las Vegas last week with both their modified Military Handgun System contract entry and some fresh additions to their fifth generation series.

By far the most buzz on the range and at the show during the week was on the Commander-style G19X crossover gun. 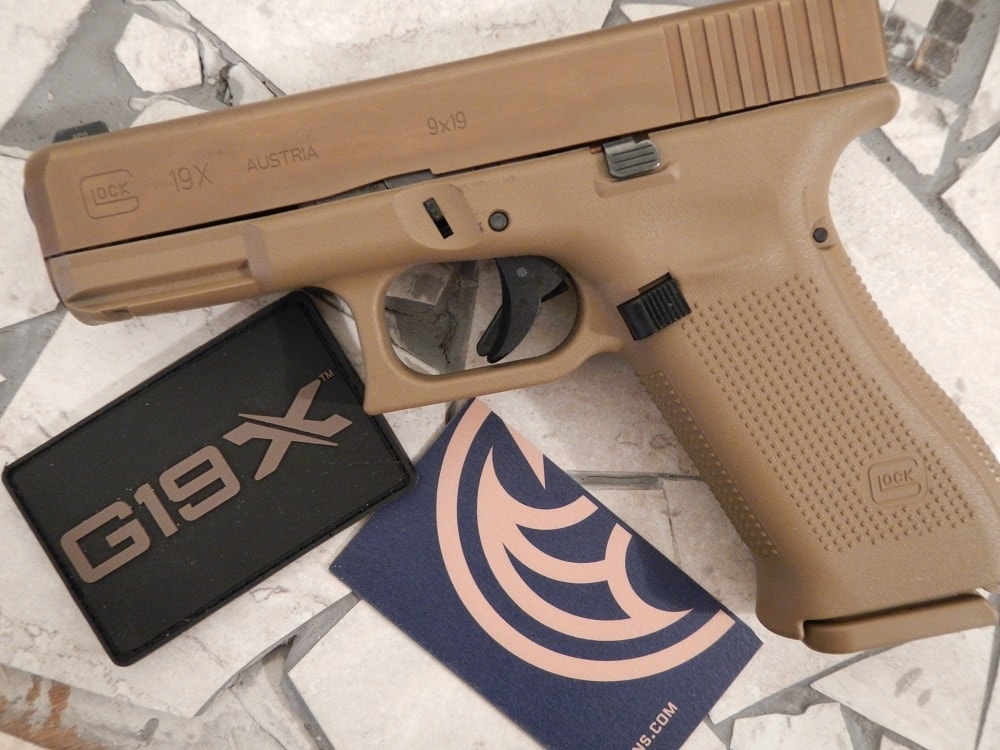 Using a factory Coyote scheme– a first for Glock– the 19X incorporates a G19 top half with a modified Glock 17 frame that uses a G19-length dust cover. Going past the coatings, which include an nPVD finish on the slide and nDLC finish on the barrel, the mashup includes a removable lanyard loop as a nod to its military roots.

Standard Gen 5 features carried over by the pistol include a grip devoid of finger grooves, ambi slide stops, a Glock Marksman Barrel with a new rifling and crown design, dehorned nose profile on the slide, and flared mag well– though the toe on the pistol is more pronounced.

Glock had the expanded Gen 5 family on display including the new G34 and G26, as well as the previously released G17 and G19.

Like the rest of the Gen 5 series, the guns delete the finger grooves found on prior versions while adding ambidextrous slide stops, an nDLC finish billed as reducing corrosion, a dehorned slide nose, and a redesigned trigger. 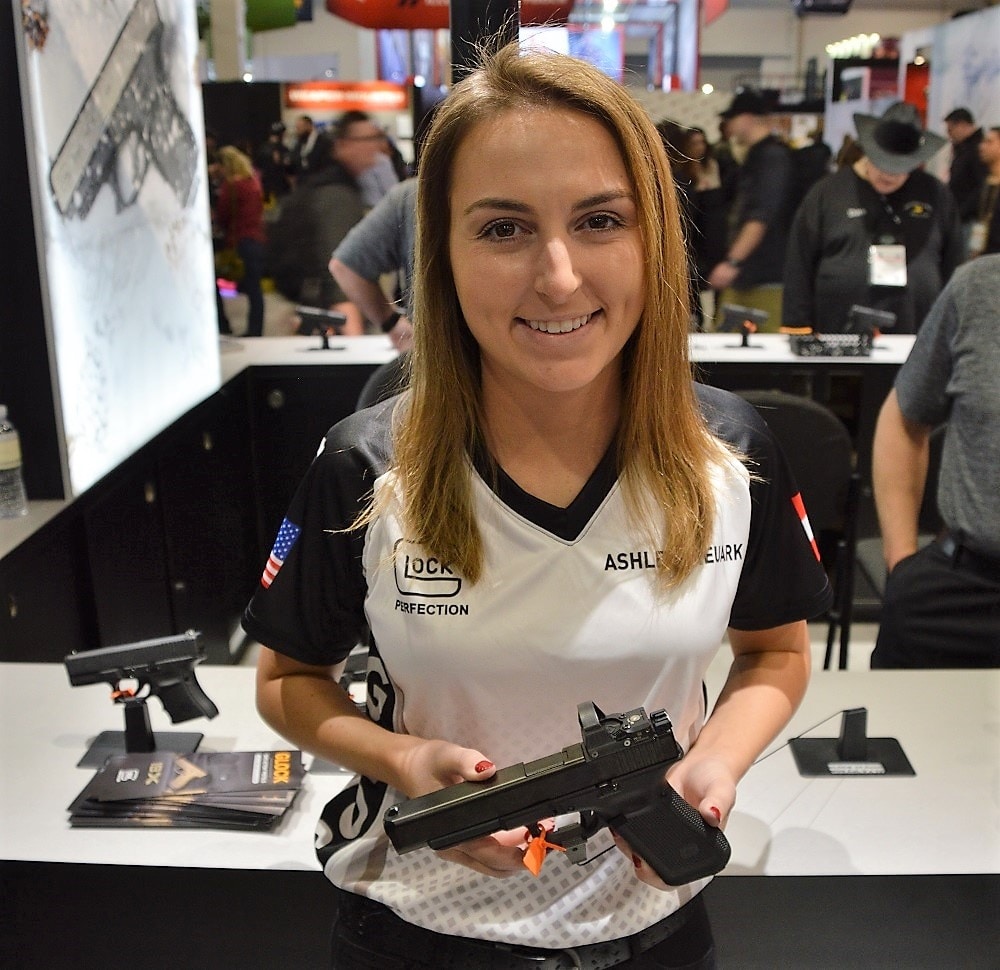 The Glock 34 Modular Optic System pistol, a longslide tactical/ practical offering with a reversible enlarged magazine catch, is set up to accommodate a wide array of slide-mounted optics with a cover plate and adapters for Eotech, Trijicon RMR and others and is pitched to competitors. 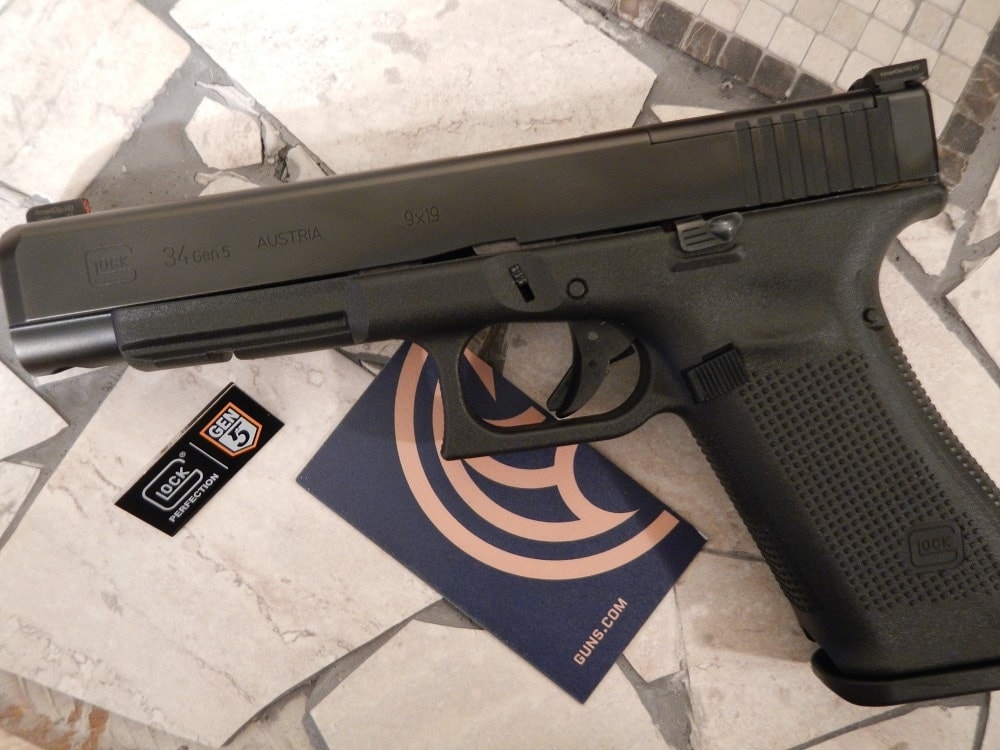 The G26 has been on the subcompact carry market for over two decades and it is now the smallest Gen 5 produced by the company. Notably, the 10-shot abbreviated semi-auto does not share the same flared mag well which is standard on other guns in the generation. MSRP is $799 with AmeriGlo Bold sights installed, $749 with Glock night sights, or $699 with standard sights. 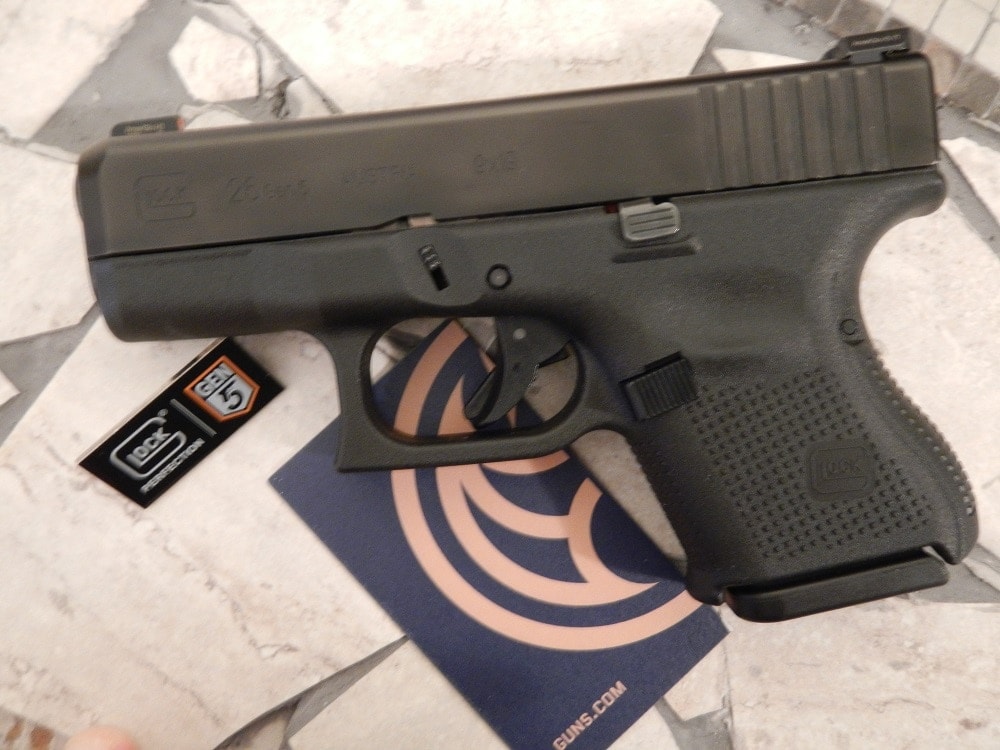