Felon indicted in California for owning guns, dealing without a license 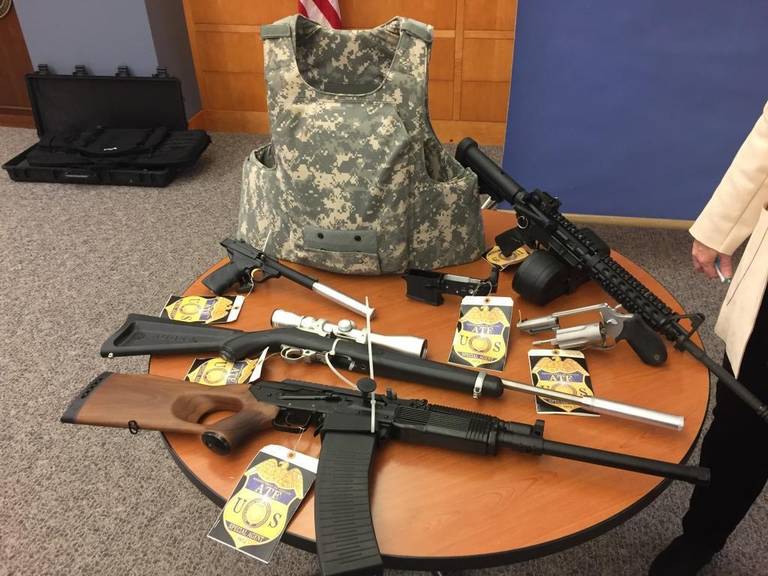 Some of the firearms seized during a recent sweep on display at a Thursday afternoon, Jan. 25 news conference at the federal courthouse in Fresno include a Saiga semiautomatic shotgun and an AR-style rifle with drum magazines. (Photo: Jim Guy/ Fresno Bee)

Federal authorities in California announced a four count indictment last week against a convicted felon suspected of dealing guns without a license.

U.S. Attorney McGregor W. Scott said 39-year-old James Bowen, of Fresno, faces a maximum of 15 years in prison and a combined fine of $500,000 for illegally owning guns — all unregistered — and selling those weapons without a federal license.

“The injection of firearms into our communities through illegal sales like the ones charged in today’s indictment pose a serious public safety threat,” he said in a press release Thursday. “The U.S. Attorney’s Office will continue to collaborate with our state, local and federal partners to enforce gun laws that keep guns out the hands of criminals.”

“Public safety is at the forefront of ATF’s mission,” said Special Agent in Charge Jill Snyder, ATF, San Francisco Field Division. “It is our duty to make this community a safer place for families. When law enforcement agencies create a unified front against violent crime, operations, like this one, will be successful.”