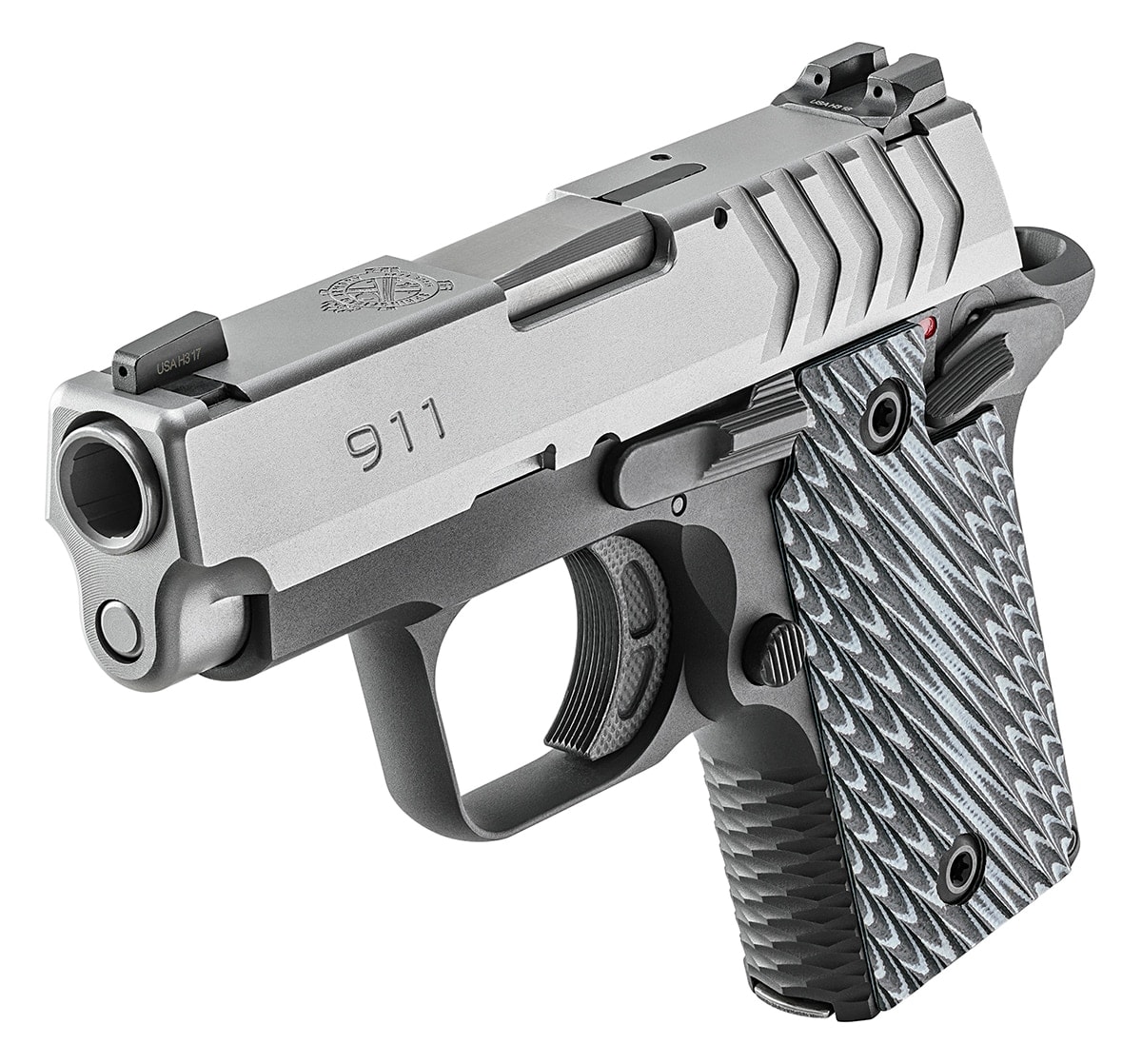 The 911 will soon come equipped with either a red or green Viridian laser grip package. (Photo: Springfield Armory)

The laser sight is sold on select models of 911s in both green or red laser models. The Grip Laser achieves automatic activation when the user grips the gun, allowing for rapid target acquisition. Viridian says the laser is “highly visible” with constant on and pulse modes, while the grip itself features Springfield Armory’s own Mod.2 texture.

The Grip Laser is designed to compliment the Springfield 911 — a .380 ACP pistol measuring 5.5-inches long. The pistol sports a snag-free profile that the gun maker states puts it in concealed carry or back-up pistol territory. Outfitted with an ambidextrous safety, the 911 uses a hard-coat aluminum construction paired with either a brushed-satin, matte-finish stainless steel or black Nitride slide.

“We’re thrilled to partner with Springfield yet again and give customers a highly advanced grip laser sighting solution—the first in Viridian’s history,” Viridian President and CEO Brian Hedeen said in a statement. “By installing a grip laser onto the pistol, we’re putting an added level of reliability and life-saving power in our customers’ hands.”

Both laser grips are available now with a MSRP of $789.