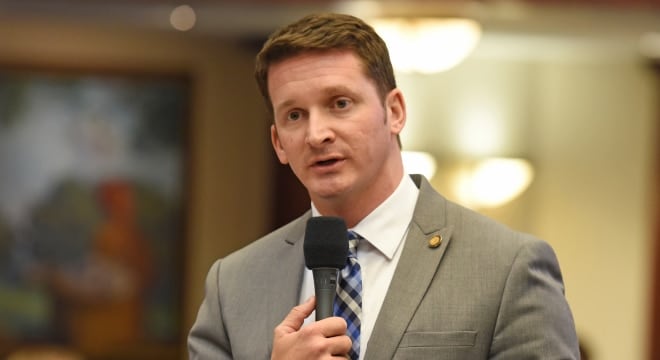 Under a proposal advanced in the state House this week, Floridians with a concealed carry license wouldn’t be criminally liable if their firearm is temporarily displayed.

The measure, HB 39, sped through the House Criminal Justice Sub-Committee Monday 9-4 with the sponsor of the bill arguing it is needed to keep well-meaning gun owners from being prosecuted — but made clear it is not an open carry proposal.

“What we are trying to do here is say that it is not criminal to accidentally show your weapon if you are a law-abiding citizen and you have this concealed weapons permit, so that’s the point of this,” said Majority Whip, state Rep. Dane Eagle, R-Cape Coral.

Eagle’s bill would change the penalties under Florida law for an open carry violation, distinguishing between a violation by someone licensed to carry a concealed weapon and a violation by one without a license. Under the proposal, license holders who are charged with breaking the state’s ban on open carry would face a noncriminal violation and be liable for a $25 fine. Unlicenced open carriers would still face a second-degree misdemeanor, punishable by up to 60 days in jail and a $500 fine. Those who only display a firearm briefly and in a non-threatening manner, or for use in self-defense, would not be in violation.

“This bill stops anti-gun law enforcement officers and anti-gun prosecutors from abusing law-abiding license holders for temporary exposure of a concealed firearm,” said Marion Hammer, former NRA president and executive director of the United Sportsmen of Florida. “In short, it stops them from criminalizing the exercise of a constitutional right.”

Gun control advocates from Mom’s Demand Action characterized the measure as an open carry expansion to lawmakers, going on to argue the failure of a similar bill in the Senate last month made HB 39 untenable regardless.

“The politicians who voted to advance open carry today did so to curry favor with the gun lobby, knowing it is unlikely to become law,” said Gay Valimont with the Bloomberg-backed group.

Eagle rebutted the assertion both in hearing and in public saying that while he supports legalizing open carry, “that’s not what we are trying to do here.”

The measure now proceeds to the Judiciary Committee.