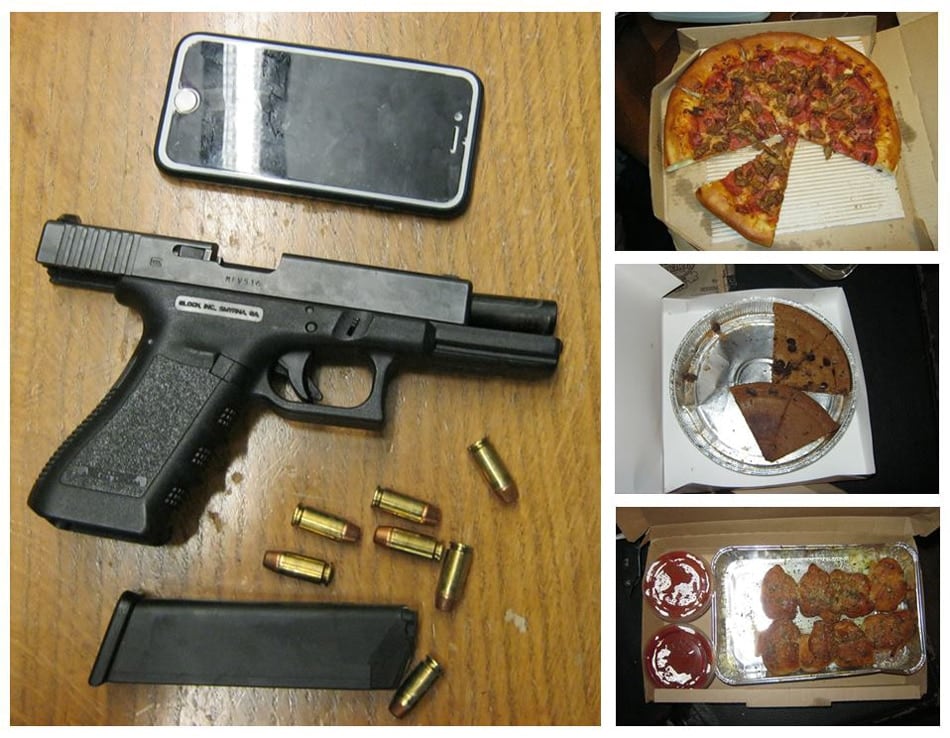 A Washington man’s plot to rob a Pizza Hut delivery driver of $80 worth of food was foiled last week when officers traced the order back to the suspect’s phone number and address.

“If you are going to rob a pizza driver at gunpoint and you want to get arrested, you should: use your own phone to order the pizza; call from the same number you ordered a pizza from 4 days earlier; commit the crime in your apartment complex parking lot; use a gun you stole from someone at a party; (and) be in possession of cell phone, gun, and pizza when we come knocking on your door,” the Pierce County Sheriff’s Department said in a Facebook post.

According to the social media post, the delivery driver called police around 7 pm on Friday night to report that she had just been robbed at gunpoint. She said two men approached her in the parking lot at the apartment complex, pointed a gun at her and stole the food from her bag — pizza, cookies, and bread — before running away.

Deputies responding to the scene asked the Pizza Hut to search the phone number used in the order and learned it belonged to a man living at the apartment complex. When they checked the apartment they smelled marijuana, heard music inside and then knocked on the door and announced “police.”

In response, they heard the occupants say “don’t answer” and the music quieted down, so a deputy went around back and found several men trying to climb down from the third-floor balcony. He ordered them to stop and then they opened the front door for the other officer

Inside, deputies found five men and two women, and several Pizza Hut boxes containing half-eaten food that matched the order taken in the armed robbery. They detained the group and identified one man as the person who ordered food four days earlier. They also found a .40-caliber Glock pistol under a couch cushion.

The 20-year-old man admitted to calling in the order and told deputies “man, I made a stupid mistake” and that he “messed up his life over eighty bucks in pizza,” but he refused to identify his accomplice. He was arrested for first-degree robbery and first-degree assault.