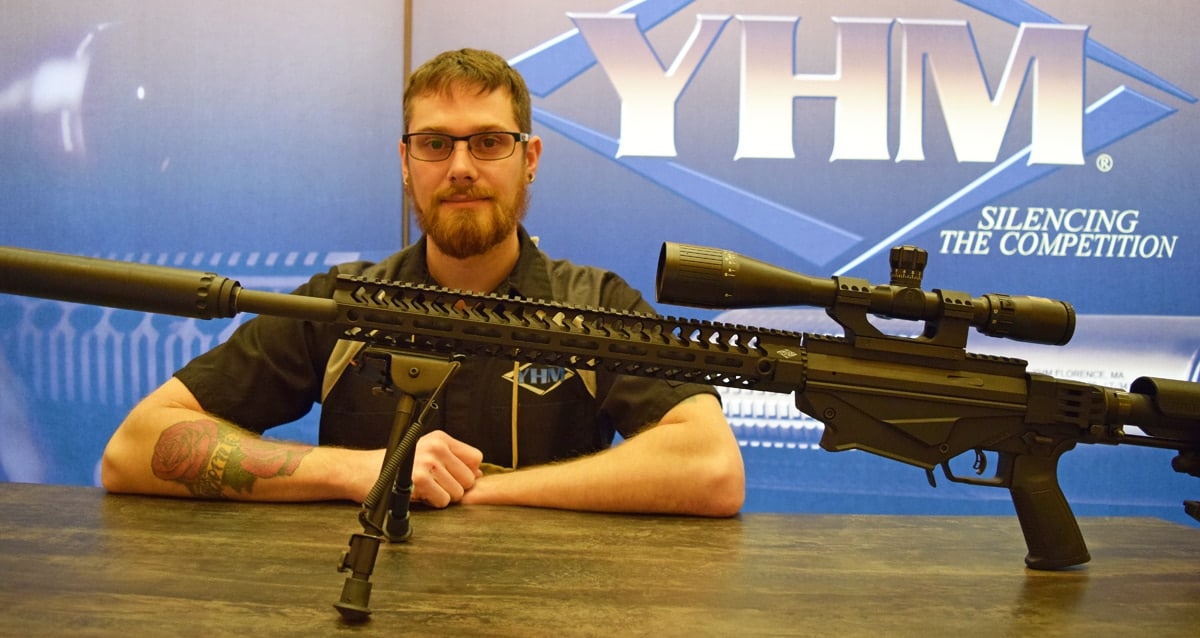 “It’s an easier sell for the customer to be able to buy one suppressor and cover a large variety of firearms rather than be stuck with say a dedicated 5.56 suppressor than you can only run on your 5.56,” he said, adding the Resonator can handle .300 Remington Ultra Mag down to .17 HMR.

The Resonator has a stainless steel construction, fits standard threaded barrels for the size, measures in at eight-inches long and weighs 16 ounces. Suggested retail prices comes in at $630. 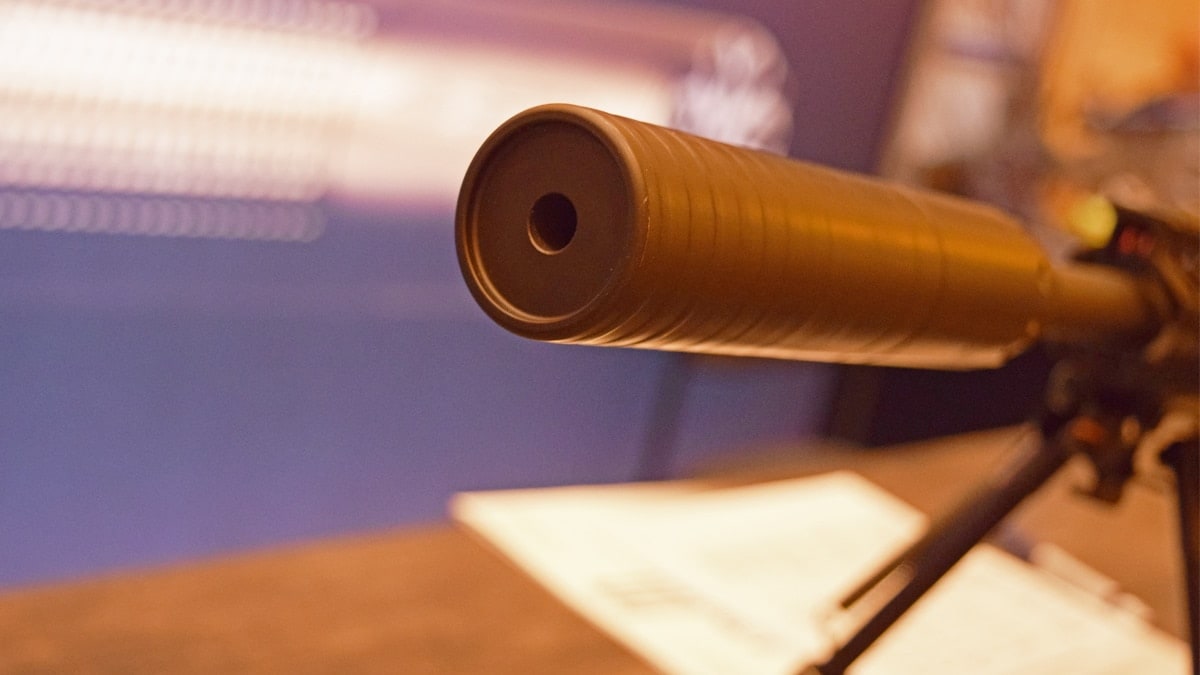 The business end of The Resonator suppressor, which is rated for .300 Remington Ultra Mag down to .17 HMR, on display at SHOT Show 2018 in Las Vegas. (Photo: Daniel Terrill/Guns.com)

Graham explained that, besides the manufacturing process, the price tag comes in based on market conditions. “We know how much money we’re essentially trying to make profit-wise, so when we crunch all the numbers we more or less say this is our minimum selling price to our distributors and then from there we work the rest of our pricing structures,” he said.

The Resonator was released on Jan. 23 and is available through participating dealers, according to the company’s website.

Graham, alongside his brother, is the third generation to run YHM. The 65-year old company just recently moved to a new facility in Easthampton. The brothers were active this year lobbying state lawmakers to pass legislation to legalize silencers in The Bay State.