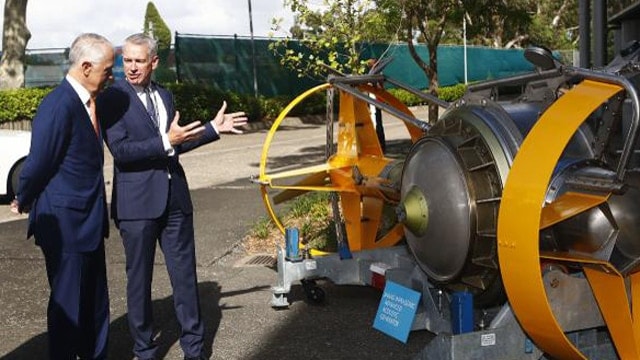 Government officials in Australia unveiled a multi-billion dollar strategy Monday to become one of the world’s top arms exporters by 2028.

“It is an ambitious, positive plan to boost Australian industry, increase investment, and create more jobs for Australian businesses,” Pyne said in a news release Monday. “Australia has so many defence industry success stories: Thales’ Bushmaster, Hawkei and sonars, Austal’s ships and engineering and CEA’s world beating radar, amongst many others. This strategy sets the conditions for even more success, and more defence industry jobs in the future.”

The Stockholm International Peace Research Institute ranked Australia as the 20th largest arms exporter in the world in 2016. The new Defense Export Plan identifies “priority markets” it will target in its efforts to climb the rankings, including the United States, Canada, the United Kingdom, New Zealand, the Middle East and the Indo-Pacific region.

The plan sets aside AU$20 million in the 2018-19 budget to fund specific initiatives, including AU$4.1 million in grants for small and medium-sized defense companies “to compete internationally” and AU$6.35 million to develop a multi-year export strategy.

“It will provide confidence to Australian Defence industry to identify and pursue new export opportunities knowing Efic’s support is available when there is a market gap for defence finance,” Pyne said.

“We should be helping to build peace and stability with our allies not working our way up the arms dealers’ top 100,” said Marc Purcell, CEO of the Australian Council for International Development.  “Australians believe we need less violence and conflict in the world and will be questioning why their tax-dollars are being used to fuel bloodshed.”

Prime Minister Malcolm Turnbull has invested over AU$200 billion into the Australian Defense Force capability since taking office in 2015, according to a government news release.

“Rather than fuel conflict, Australian aid has helped millions of people get an education, receive better healthcare and has increased peace and security,” Purcell said. “We need to refocus on reducing the drivers of conflict – helping people with the building blocks of survival, livelihood and dignity.”

“Millions of people across the world are running from violence and our answer to that is to produce more weapons,” he said. “Whatever money we make from this dirty business will be blood money.”