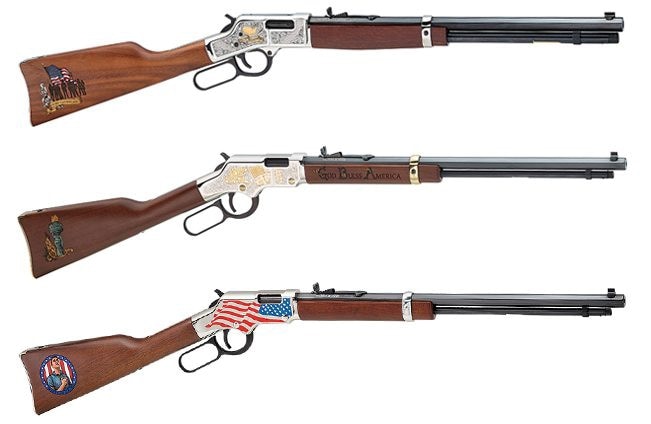 The Patriot series consists of three rifles all tooled to show off their American pride. (Photo: Henry Repeating Arms)

Never one to go understated, the special edition Golden Boy sports intricate floral scrollwork engraving on the nickel-plated receiver. Scenes include highlights from America’s heritage such as the American flag, Liberty Bell and a bald eagle. All details tout a 24-carat gold highlight. “Home of the Free Because of the Brave” is stamped on the right side of the receiver and the stock is engraved and hand-painted with the Statue of Liberty’s torch. “God Bless America” on the rifle’s forend rounds out the patriotic attributes. Retail price is $1,208.

The God Bless America Edition Big Boy is a centerfire version of the Golden Boys, offering the same imagery. This rifle comes chambered in .44 Magnum/.44 Special with a 10. The Big Boy variant slips just sightly higher price way, retailing for $1,523.