A slimmed down version of the company’s standard RDB, the new Survival variant recently started shipping and was a sought-after item at SHOT Show last week.

With an emphasis on it being a “backpack gun,” the RDB-S has been in the prototype phase for a while but Kel-Tec reps advise the gun is headed to distributors and the company had it both on the range and in their booth in Las Vegas. 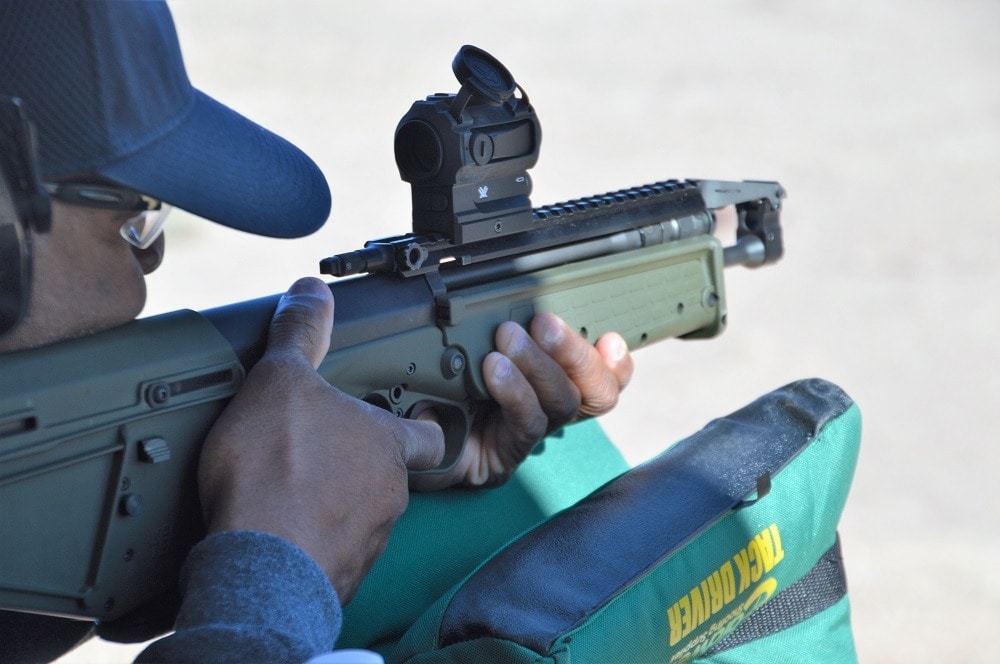 A long Pic rail topside is ready for optics

Featuring a 16.1-inch barrel, the rifle goes just past the 26-inch minimum length to keep it out of NFA territory but includes a user-adjustable stock for length of pull. Tipping the scales at five-pounds, the 5.56mm carbine is very compact and the iron sights– both front and rear– fold to bring the height of the gun down for stowage. 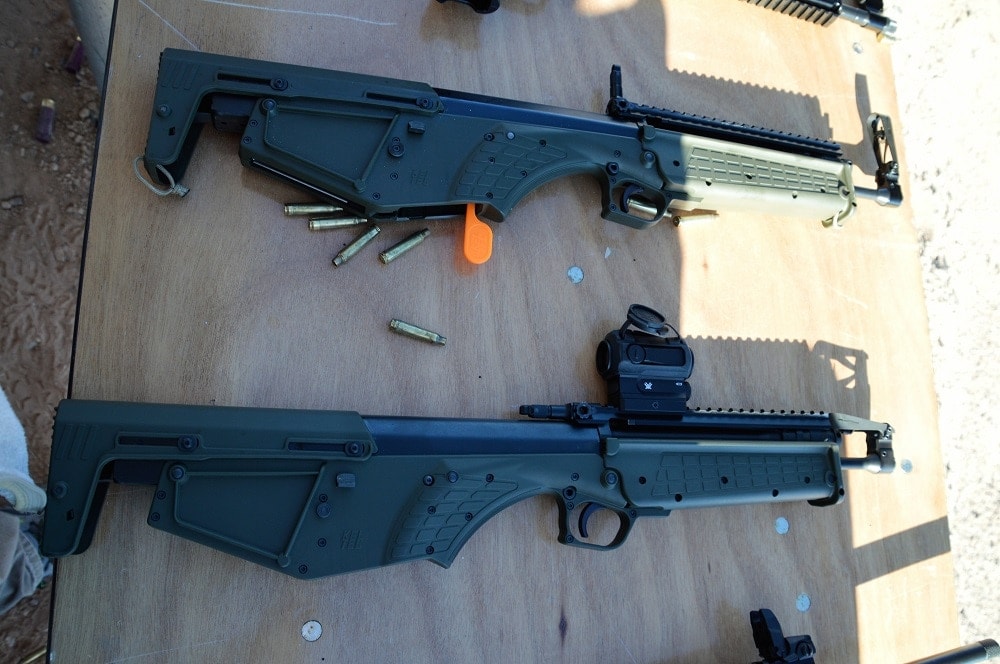 Irons up or down, depending on the user preference for glass 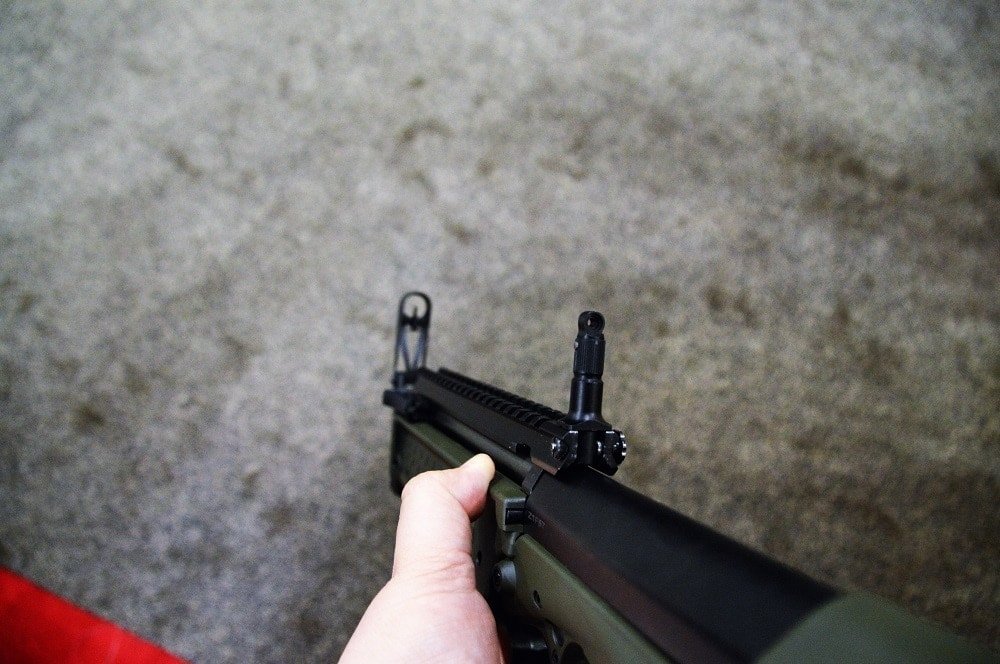 The standard sight picture with the peep rear and hooded front is quick to pick up, though the radius is short

Using a long stroke gas piston, the rifle ejects downward like its larger RDB brother but is a couple of pounds lighter and with a more streamlined profile. 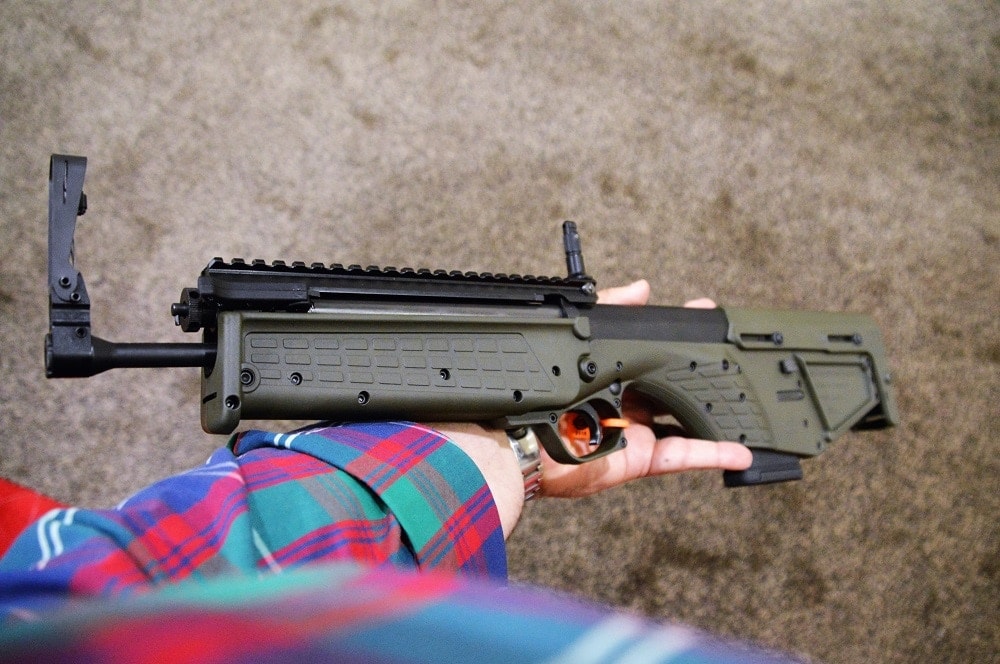 You can almost cuddle it…

The gun will ship with a 10-round Magpul PMAG but will accept any AR15 compatible magazine.

MSRP is $1,275 which is the same price point for both the larger (30.4-inch) RDB-C and the standard pistol-gripped equipped RDB, though prices at the store– provided they are in stock– will likely be lower. 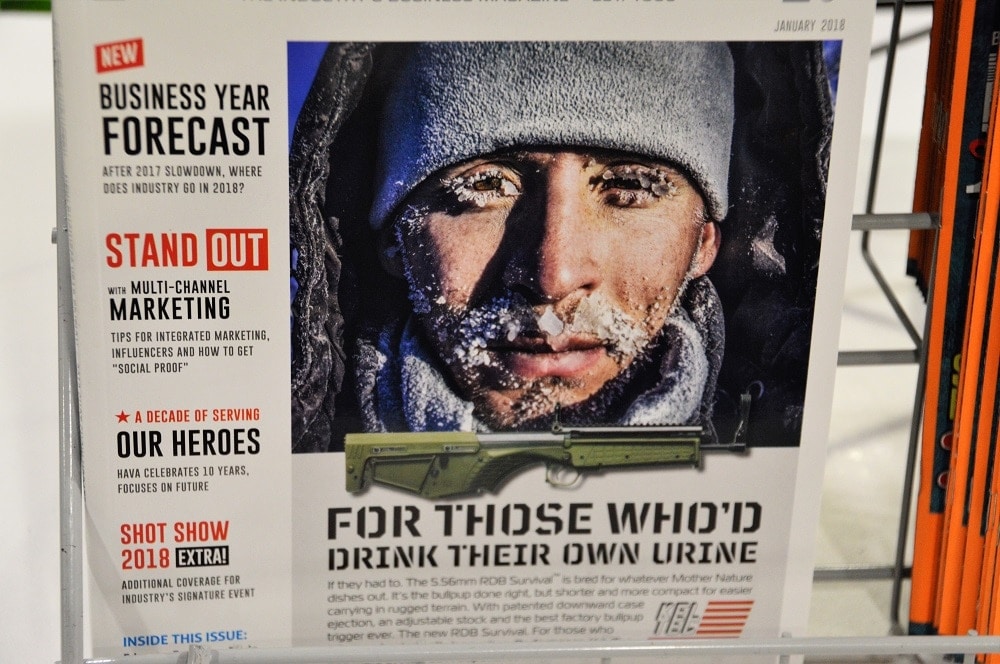 The RDB-S has been the subject of a pretty buzz-worthy media campaign that may have left some scratching their head, but achieved its goal of getting them talking about the gun