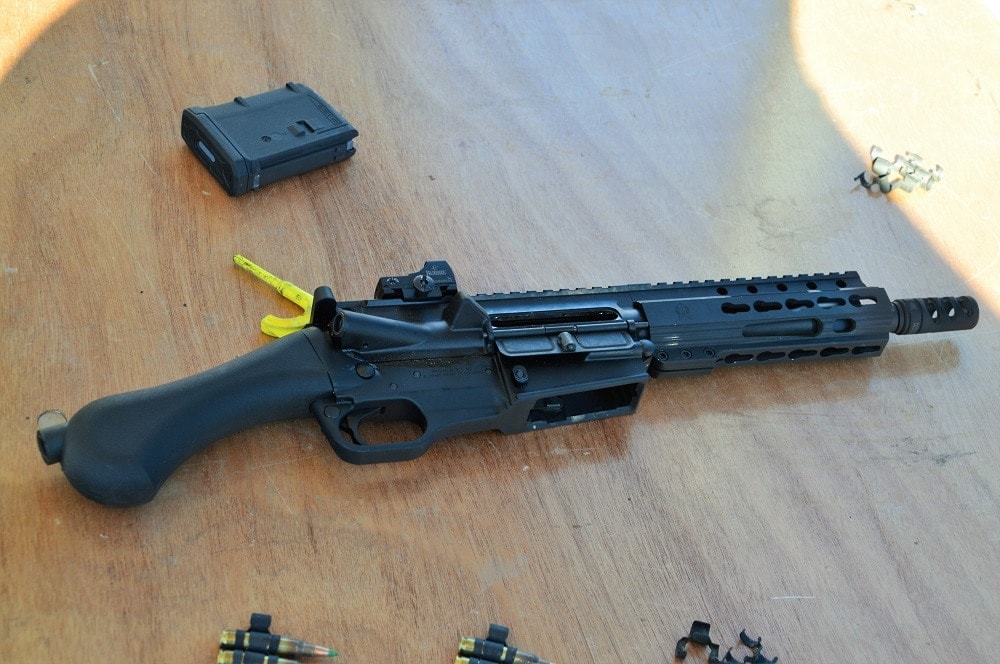 Featuring a 7.25-inch barrel and Shockwave Raptor grip, FightLite’s new Raider handgun is billed as the most compact AR-platform on the market, and it was at SHOT Show.

With an overall length of 20.25-inches and a weight of 3.9-pounds, the Raider is based on the company’s featureless Sport Configurable Rifle system but uses a modified bolt carrier that feeds into a short buffer tube in the birds head style grip. Along the top is a 12-inch MIL-STD 1913 Picatinny rail. 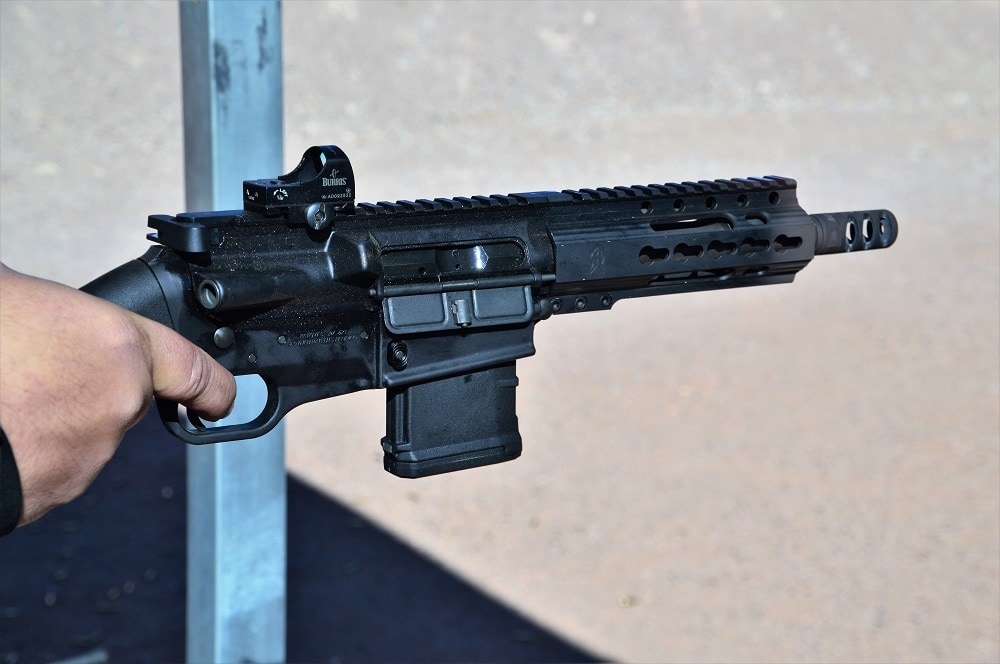 The handguard can be configured in either KeyMod or Magpul M-Lok slots. At just under four-pounds, it is a good bit more svelte than an M85 and most AR-style pistols with the exception of the Kel-Tec PLR-16, which uses a polymer lower to come in at a couple of ounces less than the Raider.

The Raider accepts standard GI mags and is built in 5.56mm NATO and .300 Blackout variants. They intend to sell a full-up pistol for an MSRP of $865 and a Raider lower, complete with bolt-carrier assembly to match a standard AR pistol upper to, for $575. 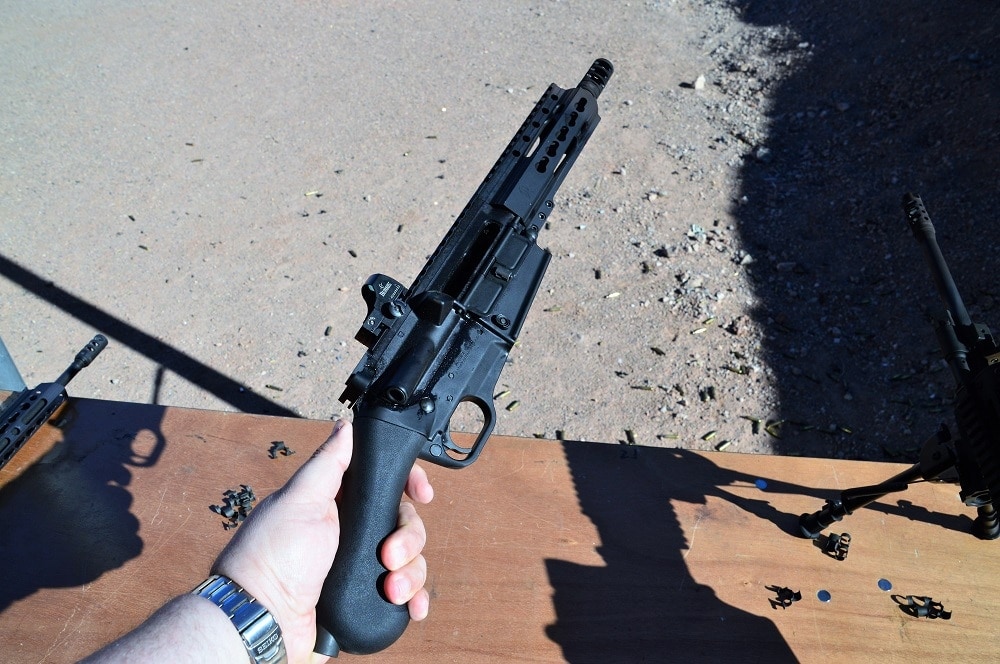 And no, it is not Connecticut, Maryland, Massachusetts, New Jersey, or New York compliant.