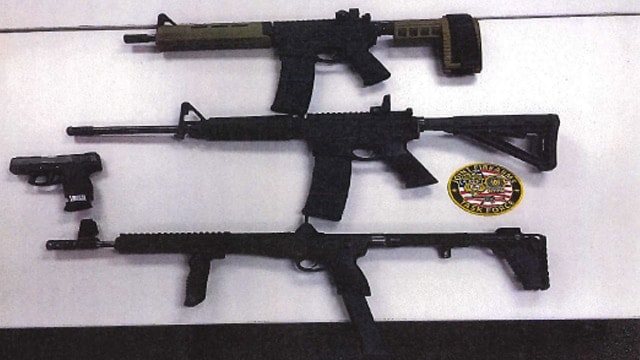 Federal authorities arrested and charged two men — one of which worked as a security guard at the 9/11 Memorial — for trafficking more than 25 firearms into Manhattan, the Justice Department announced last week.

Prosecutors filed separate complaints (here and here) for Maquan Moore, 29, of Manhattan, and Morris Wilson, 32, of Orlando, who both appeared in a New York federal court on Friday.

U.S. Attorney Geoffrey S. Berman explained the two men trafficked “scores of illegal firearms,” including AR-style rifles and handguns, into the city to sell them illegally.

“Their alleged disregard for public safety could have had catastrophic consequences,” Berman said. “The danger of selling unlicensed firearms cannot be overstated.”

According to court documents filed in the case, the two men were the subject of an undercover operation led by New York Police and ATF agents.

Between December and February, undercover officers bought multiple firearms from Moore, who at the time was working as a security guard at the 9/11 Memorial. Court documents show that Wilson had brought many of the firearms up from Florida via bus.

For his role, Moore has been charged with a host of charges, including conspiracy, firearms trafficking, interstate transportation and receipt of firearms, and possession of a firearm near a school. He faces up to 15 years in prison.

Wilson has also been charged with conspiracy, firearms trafficking, and interstate transportation and receipt of firearms. He faces up to five years in prison.