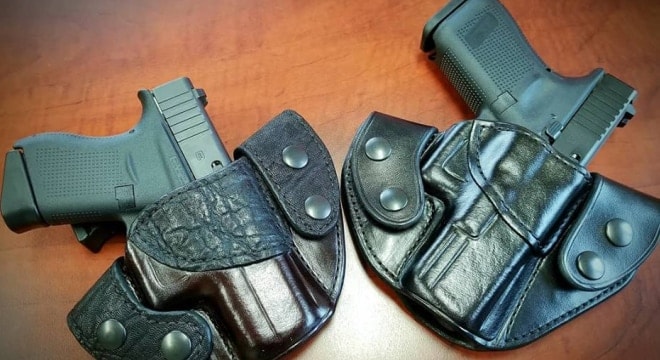 A gun rights group has allied with a man in a legal challenge to the state’s permitting practices after he was turned down for a carry permit because officials said he failed to show a “justifiable need.”

The federal lawsuit, filed Monday by Thomas Rogers and the Association of New Jersey Rifle & Pistol Clubs, seeks to take a host of Garden State functionaries to task for their practice of rarely issuing permits to carry a firearm in public for self-defense.

“The core Second Amendment right of armed self-defense is just as important to an ordinary New Jersey citizen when she is traveling through a dangerous neighborhood as it is when she is safe in her home,” said Scott Bach, ANJRPC executive director. “The Supreme Court has said that the States cannot ban people from keeping firearms for self-defense in their homes, and New Jersey’s restrictions on carrying firearms outside the home will meet the same end.”

According to the filing, Rogers meets all the guidelines under New Jersey state law to obtain a permit — but cannot show evidence of a direct or specific threat to his life. In other words, even though he was threatened and robbed at gunpoint in the past and currently manages an ATM business, a job that requires him to service machines in high-crime areas, police say he does not have a justifiable need to carry a gun. Rogers applied in early 2017 for a permit with the chief of police for Wall Township and was denied for just such a reason, a decision that a state Superior Court upheld last month.

“This Second Amendment right to bear arms in public cannot be subject to a government official’s discretionary determination of whether a law-abiding citizen has a ‘justifiable need’ to exercise that right,” says the filing, going the practice violates the constitution.

The lawsuit is the second filed by a National Rifle Association state affiliate in as many weeks against states with strict “may-issue” permitting practices. Earlier this month the New York State Rifle & Pistol Association backed a challenge to similar laws in the Empire State.