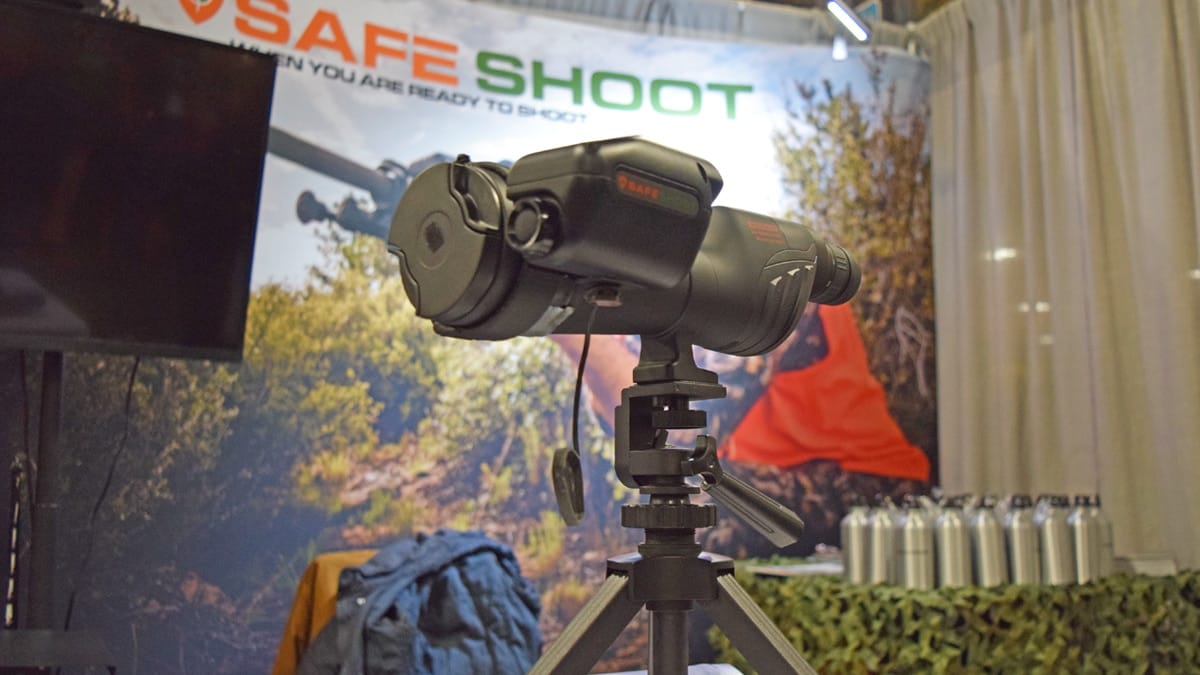 The Safe Shoot device attached to a scope at the company’s booth during SHOT Show 2018 in Las Vegas. (Photo: Daniel Terrill/Guns.com)

The Safe Shoot device was showcased at last month’s SHOT Show in Las Vegas as a simple way to prevent hunting accidents, but the Israeli company — operating out of Los Angeles — has hopes to expand usage among law enforcement.

“We hope to someday get involved in Homeland Security, police, SWAT teams that sort of thing,” said Rick Rogers, a Safe Shoot representative at the company’s booth during the trade show.

The concept has been in the works since around 2013 with the intention “to eliminate friendly fire accidents when people are out in the field with firearms,” Rogers said, but added that the company wanted it to first introduce it to the North American hunting market.

Rogers explained the simplicity of the Safe Shoot system. A sensor attaches to a weapon and blinks green or red depending on the target. If the target is wearing a reciprocating device, it signals to the marksman when it’s unsafe to pull the trigger. 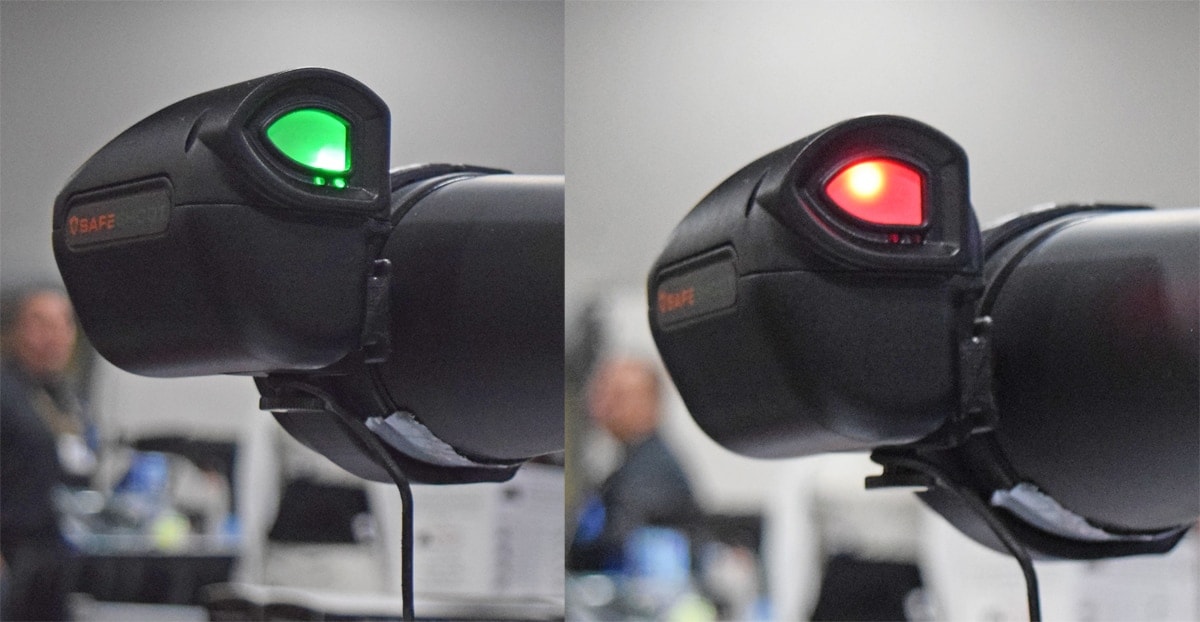 “The devices form an automatic network … When you’re out in the field, if you point your weapon in an unsafe direction at one of the other members of your hunting party or a child or dog that has the device, you’ll get warned with a red light and a tone not to pull the trigger,” Rogers said. “It’s just a very easy to use, very simple, yet, at the same time, an internally sophisticated device.”

At the show, Rogers said they’ve received a lot of interest from hunting operations. “I think we have a pretty good idea of where the device fits … Pheasant hunting and that sort of thing where there’s a lot of dogs involved,” he said.

“A lot of commercial groups where they’re taking groups into the field who aren’t necessarily experienced hunters. This will just add one more layer of safety to those operations,” Rogers added.

He said the units sell individually and retail for $400, but given the interest by hunting groups, the company also offers one made specifically for dogs. It’s called “the dog defender” and it comes with a harness.