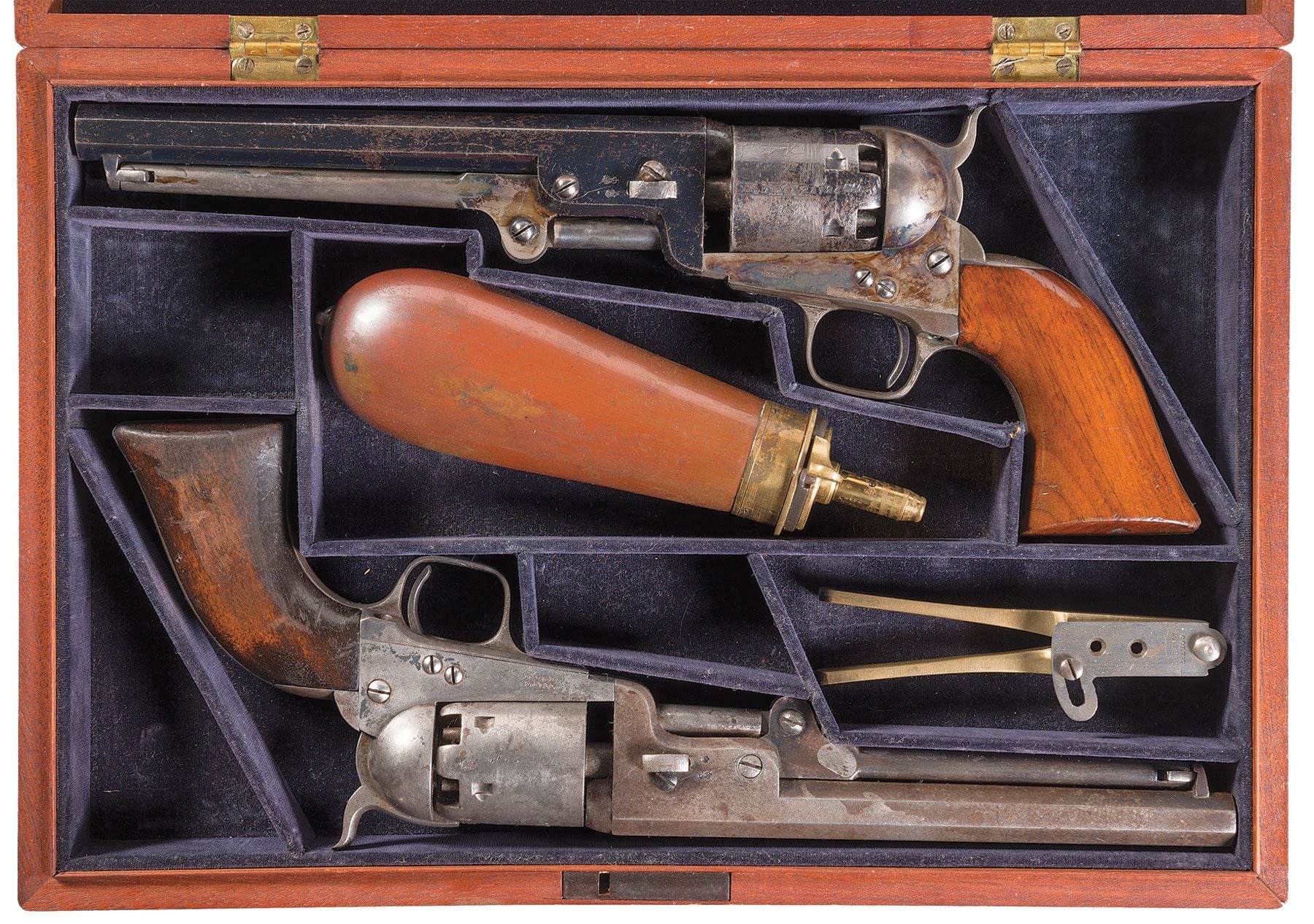 The guns were made in 1855 and one has seen a lot more service than its partner– though the cylinders were accidentally swapped between the two early on. (Photos: RIA)

The boxed pair of Colt Navy Second Models at Rock Island’s upcoming regional auction are extraordinary, though somebody long ago got them mixed up.

While Colt’s Hartford, Connecticut factory made the bulk of the company’s wheelguns in the mid-19th Century, production also occurred in England, to a smaller scale. Colt London made something like 40,000 Model 1851 Navy pattern revolvers in three different series at their armory near Vauxhall Bridge before production halted in the 1870s, with about a quarter of those being sold to the British military.

The difference between the two in wear is noticeable

The above set, produced in 1855, are classic second series guns with 7.5-inch octagon barrels on iron frames with a distinctive large round trigger guard. However, at some point very early in their life, the guns had the cylinders swapped and, as one is well-worn while the other spent comparatively more of its life in storage, the long-ago change apparently stuck.

“The revolvers have had their cylinders switched during stamping while at the proof house and were never changed back evident of the type of wear consistent on both revolvers,” notes Rock Island in the auction description, noting they have obviously been stored together for generations.