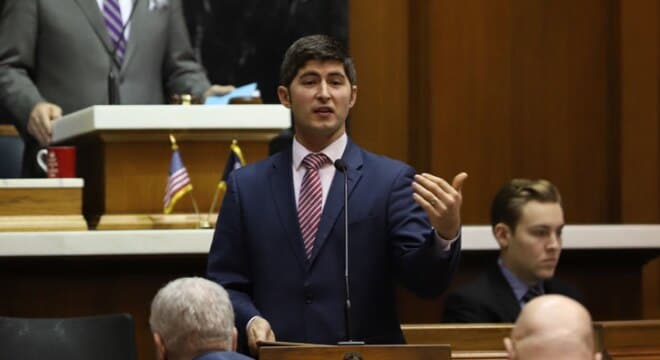 A bill that makes a host of improvements to Indiana’s handgun licenses laws won approval from the state House this week and is now headed to the Senate.

Among the changes brought by HB 1424 would be to stretch the license duration to five years from four and remove fees for lifetime licenses. The legislation’s sponsor, state Rep. Timothy Wesco, R-Osceola, originally moved to bring permitless carry to the state but when that was stripped away by lawmakers introduced the more incremental change.

“Hoosiers have both a state and federal constitutional right to keep and bear arms,” Wesco said in a statement. “With this legislation, we would eliminate the burdensome fees Hoosiers face when applying for a lifetime handgun carry permit.”

The bill in its current form, which passed the House 70-20, removes the $125 fee for a lifetime license after July 2019. A fiscal impact analysis conducted by the legislature contends the move would cut over $6 million per year from the state’s general fund due to lost revenue on the lifetime permits. As of the end of January 2018, Indiana State Police reported there were 834,677 active licenses in circulation. This is up from 776,379 last year and 661,364 in 2015.

Among those opposed to the measure was at least one Republican, Rep. Jim Lucas, who would have preferred the state move towards permitless, or constitutional carry, an idea cautiously advanced by a joint legislative committee last fall.

The bill now moves to the Senate, where the GOP holds a strong 41-9 majority. Success there would send it to Gov. Eric Holcomb, a Republican who replaced Mike Pence in 2017.