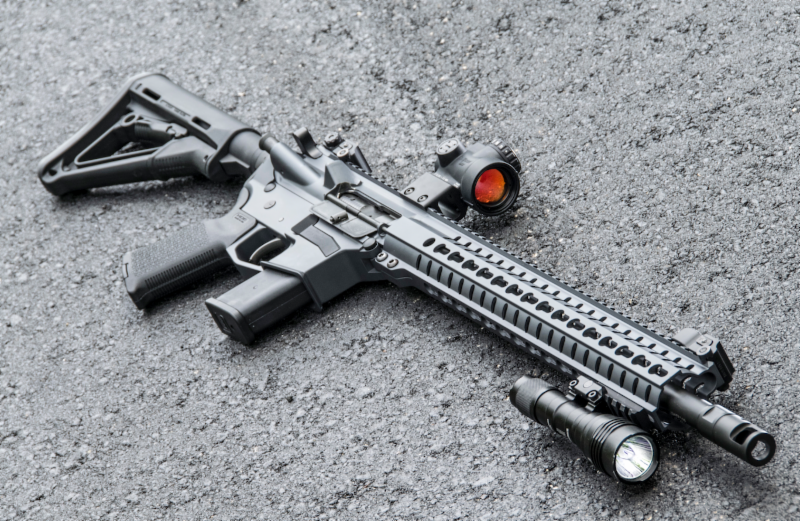 The MkG Guard is now rated for 450 SMC, according to CMMG. (Photo: CMMG)

CMMG’s MkG Guard AR-15 rifle is rated for 450 SMC, according to the company who released details of its findings on Tuesday.

The company says it put its .45 ACP MkG Guard rifle through extensive testing before determining that the 450 SMC cartridge would work alongside the rifle.

The 450 SMC was originated with Triton in 2001, but was taken over by DoubleTap Ammunition a few years later. The 450 SMC is a magnum version of the .45 ACP, offering ballistic similarities to that of the 10mm round.

The cartridge is equipped with a small magnum rifle primer in lieu of a large pistol primer and the 450 features a thicker base on the casing. CMMG says the brass is manufactured to tackle up to 30,000 pounds of pressure, resulting in a “stopper” that imparts considerable energy on its targets and is capable of downing large game or handling personal defense situations.

Though 450 SMC can run on any .45 ACP platform rated for +P ammunition, CMMG points to its radial delayed blowback operating system as being the ideal platform for the “hot load” and force generated by the round.

“The Radial Delayed Blowback system uses up some of the recoil impulse of the spent round to unlock the rotating bolt from the barrel extension. This mitigates the leftover rearward force that then drives the carrier back to cycle the action,” CMMG said in a statement. “By eliminating some of this rearward force during the unlocking sequence, the Guard requires less weight in the bolt carrier group and buffer to safely cycle. This reduction in reciprocating mass results in less felt recoil for the end user.”