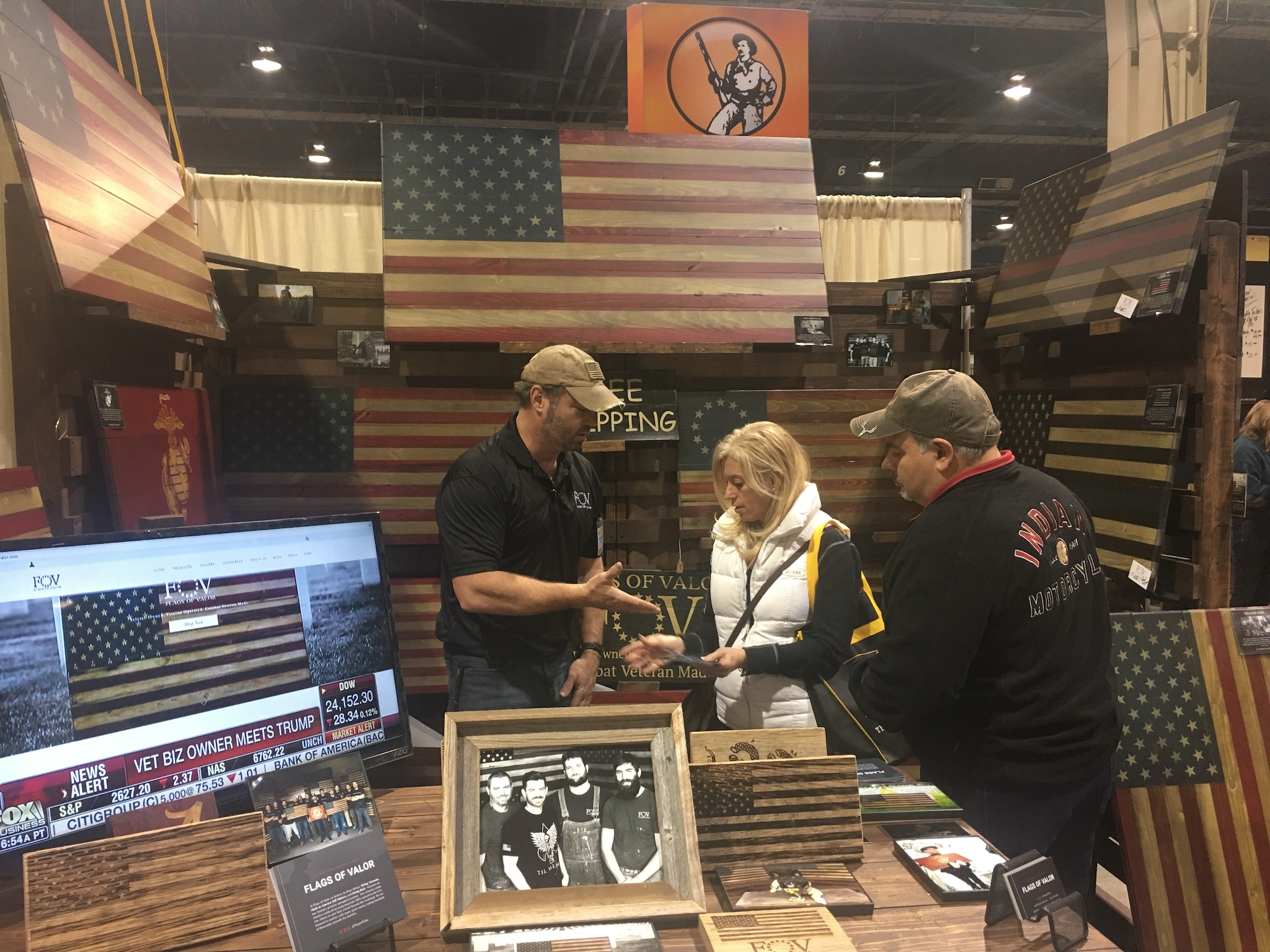 It’s only been two years since the Steorts family launched a small woodworking shop in northern Virginia called Flags of Valor — and business is booming.

Customers wrapped around the company’s booth at the Great American Outdoor Show on Tuesday, each clamoring for one of the handmade wooden flags on display. Bill Steorts, director of sales, said demand is so high, online orders take upwards of 10 weeks to fill.

“We started out with three employees and now we are at 27 in two years,” he said. “With 17 of them being combat veterans.” “The Doolittle” on display at the 2018 Great American Outdoor Show. (Photo: Christen Smith/Guns.com)

Flags of Valor prides itself on hiring veterans. Founder Brian Steorts, a former Air Force special operations pilot, deployed eight times to the Middle East and Africa after 9/11. In 2015, a service-related  injury forced him into retirement and while recovering, he said he missed seeing the American flag patch on the sleeve of his uniform every day. He needed a replacement.

“My brother had gone to Pottery Barn and found one that was $350 made in China, but he wanted an American-made flag,” Bill Steorts said Tuesday. “So between that and some side work, he started making flags with pallets, then with flooring and then it evolved to where we are now using eastern pine.” 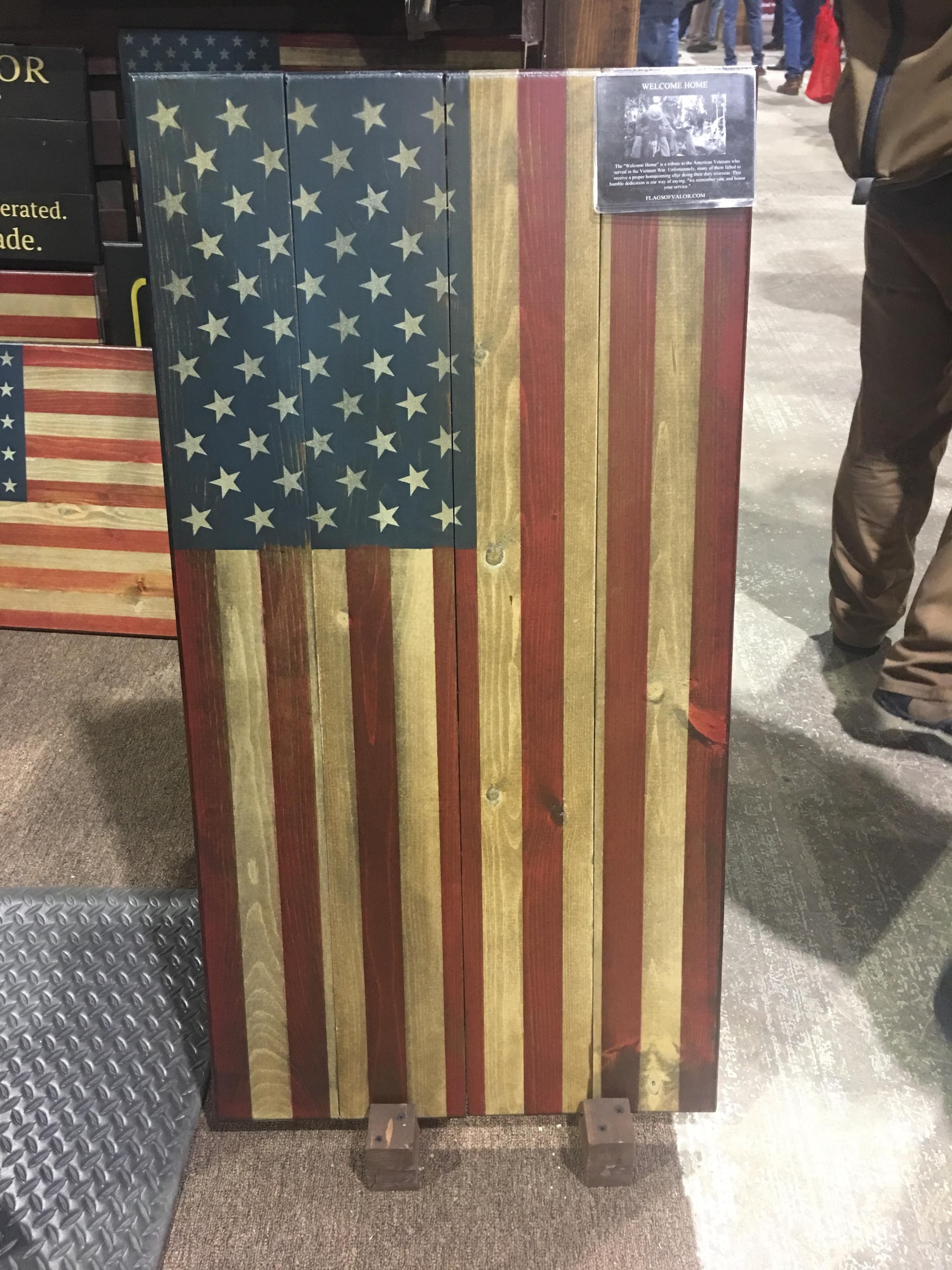 Flags of Valor offers nearly two dozen styles of handmade wooden flags in a variety of sizes and each design carries a commemorative name. For example, the company’s most popular design, “Welcome Home,” honors Vietnam War veterans. Another style, “Phantom Fury,” pays homage to the Marines who retook the city of Fallujah during Operation Iraqi Freedom in November 2004.