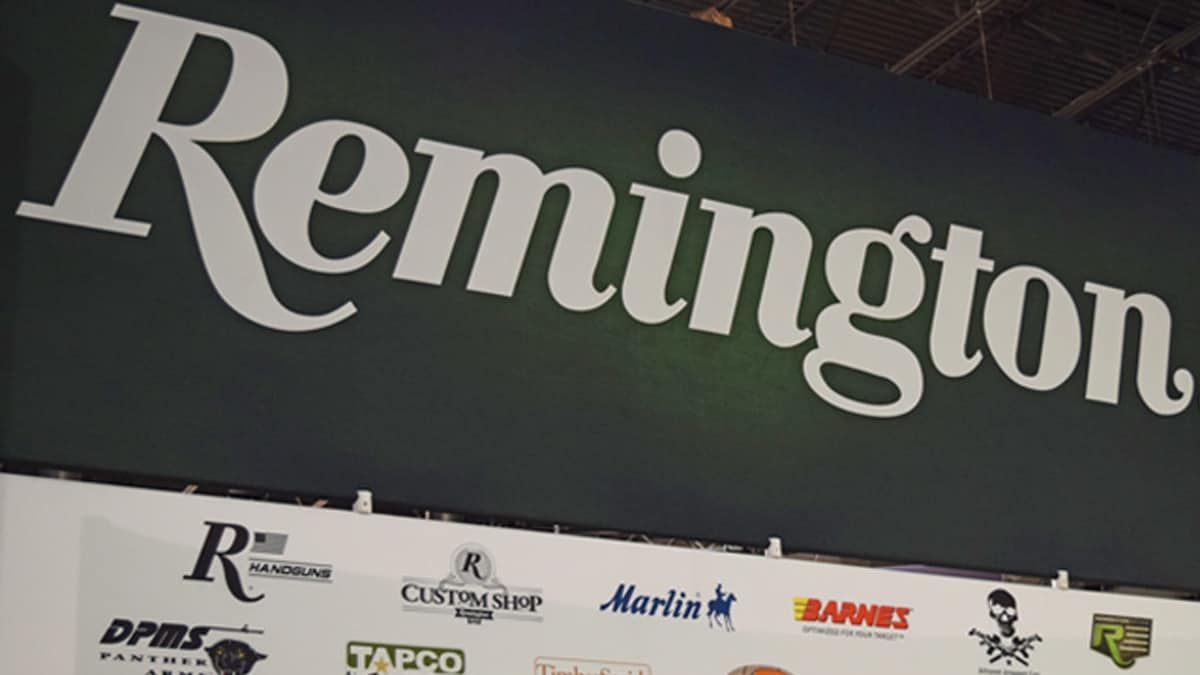 The Remington sign at the Remington Outdoor Company booth during SHOT Show 2018. The company has more than a dozen brands. (Photo: Daniel Terrill/Guns.com)

Gun maker Remington Outdoor Company has reached out for financing from banks and credit investment funds that will allow it to file for bankruptcy, according to Thursday’s report by Thomson Reuters.

Sources close to the matter told Reuters reporters the company began its search after missing a coupon payment on its debt. Remington has been working with an investment bank on options to restructure its more than $950 million debt.

The North Carolina-based gun maker is searching for debtor-in-possession financing, which would allow it to continue to operate during the financial reorganization that ensues during bankruptcy proceedings. Companies typically seek such financing when they’re financially distressed and in bankruptcy.

Remington’s woes are due in part to sluggish gun sales following the presidential election victory by Republican Donald Trump, whose key ally during the campaign was the National Rifle Association. By making gun rights a part of his platform, Trump contrasted greatly from Democratic opponent Hillary Clinton.

With Clinton predicted to win (and continue high gun and ammo sales seen during President Obama’s tenure), many in the gun industry beefed up supply only to see waning demand. Nine months in, Remington’s sales fell by 38 percent last year and trailed the year before by some $177 million, according to financial filings.

But another part of Remington’s troubles come from the investment side, according to Reuters. Following the 2012 shooting at Sandy Hook Elementary School, the company was abandoned by some of its investors after learning a Bushmaster rifles was used in the massacre. Bushmaster is one of the more than a dozen companies under the Remington umbrella. The company has had trouble regaining investors.

Remington has some $958 million in debt and repayments are due next year and 2020. Given the weak market and looming debt payments, notable credit rating services have downgraded the company’s performance and warned of the company possibly defaulting on loans.