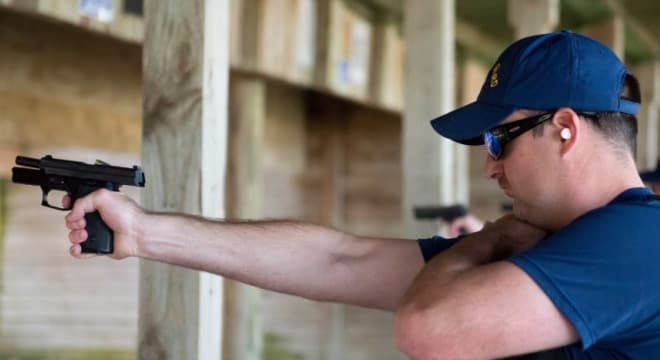 The result of a solicitation by the Pentagon last year in which Federal beat out one other bidder, the five-year contract’s cumulative value if all options are exercised is $20 million. According to the company, the training rounds will use Federal Premium’s lead-free Catalyst high-performance primer, which is touted as being a clean-burning primer that delivers consistent performance but does not absorb moisture.

“We’re proud the U.S. Navy for this important contract,” said Jason Nash, senior director of Vista’s marketing team. “Our Catalyst lead-free priming technology is a major breakthrough and we’re excited to see it used by those that protect our freedom.”

According to the award notice, the end-user is likely the U.S. Coast Guard, which has issued .40-caliber Sig P229R handguns since 2005 in place of the 9mm Beretta M9 commonly fielded across the Department of Defense. Though part of Homeland Security, the Navy, through NSWC-Crane, “owns” the Coast Guard’s large weapons and supports the smaller sea service’s ordnance and small arms programs. The Coast Guard, in turn, fills a domestic national security role, deploys units overseas to support Navy missions, and provides embarked law enforcement detachments for select Navy ships. However, it should be noted that the Naval Criminal Investigative Service also uses Sig P239’s in .40S&W, which they adopted in 2008.

The contract is not the first large order from the Pentagon for training ammo landed by Vista in recent months. In January they picked up a $52.8 million award from the Army for 5.56mm MK311 mod 3 frangible cartridges with an end date of 2022.