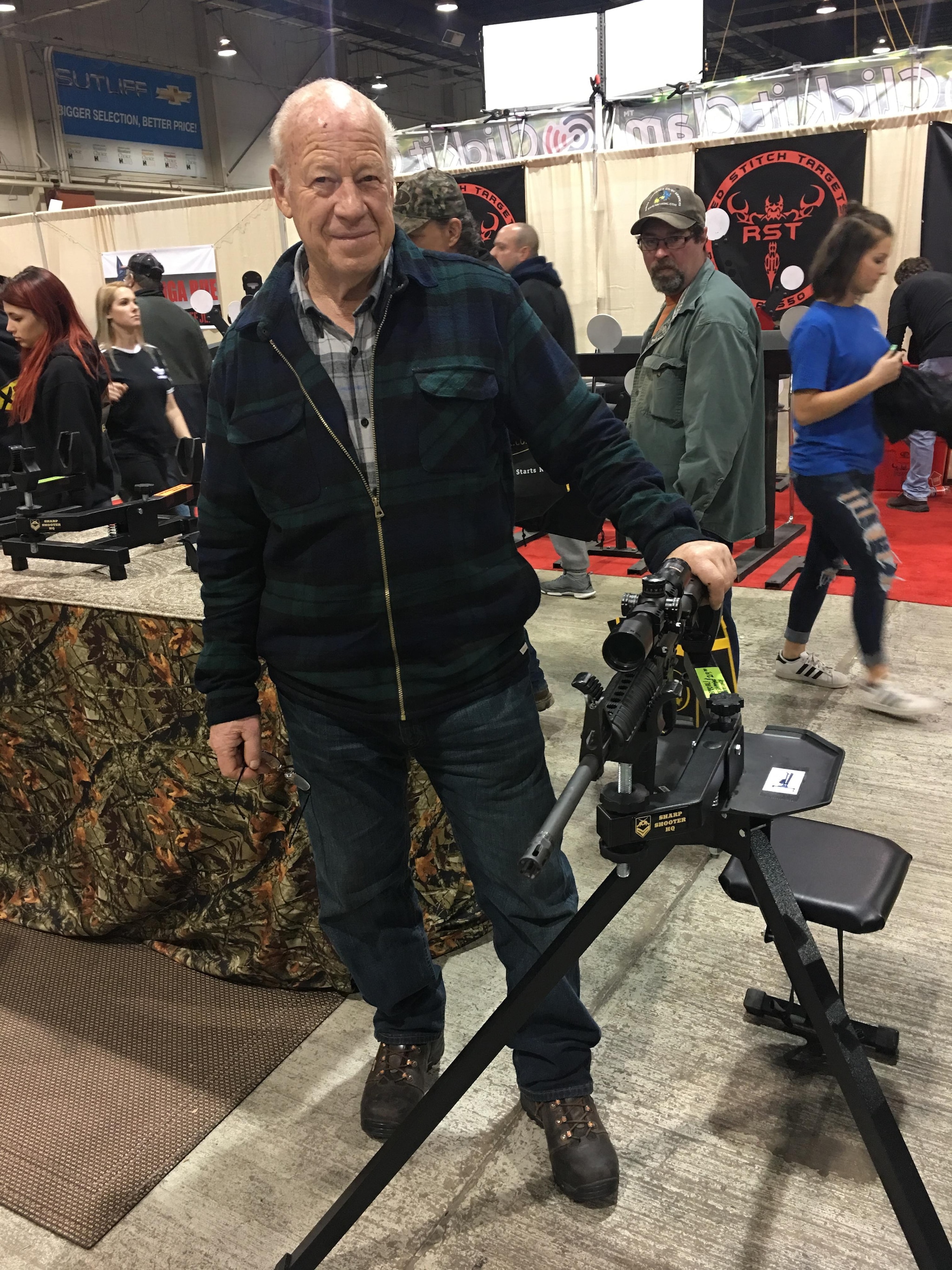 Owner Kent Roberts told Guns.com Sunday he made the 2,000-mile trip in hopes of stoking interest in his shooting and archery accessories, targeted toward hunting enthusiasts.

“Our benches are very, very stable and very good for long range shooting,” he said. “Probably the sturdiest gun rest there is on the market.”

Roberts said Sharp Shooter HQ’s bench designs encompass convenience and flexibility, offering adjustable seats suitable for children and modifications to suit both left-handed and right-handed shooters. His most popular benches fold up for easy for traveling and weigh about 27 pounds.

“Because of the way it’s made, you sit on it and then you have the weight of the gun rest … because of the weight that’s on the rest, the gun absorbs all that weight before it hits you in the shoulder, so it reduces a lot of the recoil,” he said.