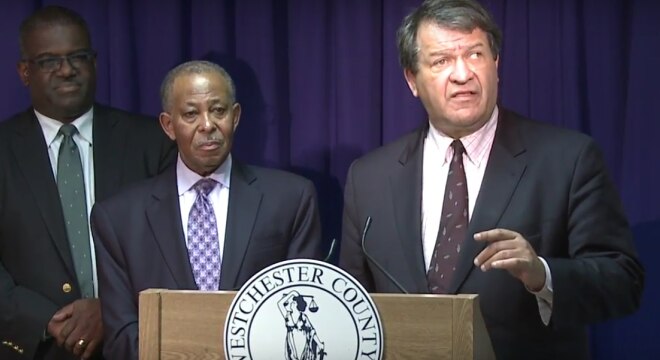 Westchester County Executive George Latimer made it official this week that gun shows are prohibited from being held on any county property.

Latimer, a Democrat, last year defeated two-term Republican incumbent Robert Astorino for the spot as head of the executive branch of the million-resident county in the Hudson Valley and embarked on a plan to bar gun shows from the County Center. The new county head said he felt having gun shows on government property did not reflect the community and on Monday signed a law passed by the County Board codifying his January order banning future events.

Latimer stressed the Center, now home to the WNBA’s New York Liberty basketball franchise, can generate revenue in a more “family-friendly” way than from a gun show.

“Plain and simple, Westchester should not – and will not – profit off the sale of guns in our facilities,” said Latimer.

According to local media, the last show held at the Center in early 2017 drew about 7,500 over two days and a spokesman for then-county boss Astorino said the event was “well-run and well-attended.” The Democrat-heavy county legislature had previously voted 9-8 to ban further gun shows, a move Astorino vetoed, saying there was no basis for a restriction.