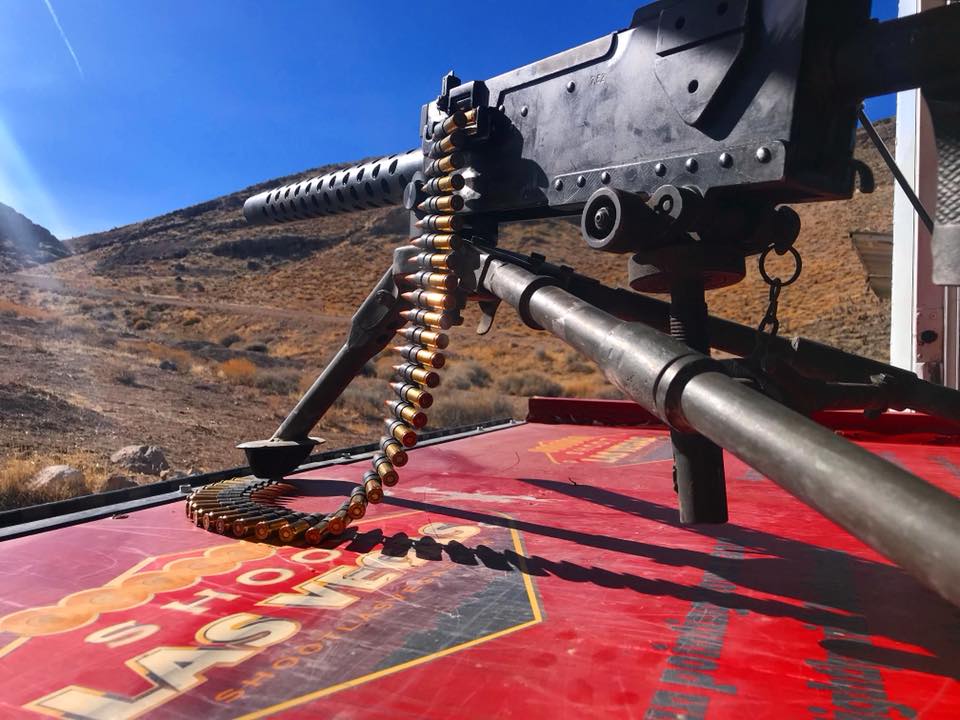 Writer Lou Colagiovanni said in an article published last year Brashear’s range “stands alone as king of the mountain,” outperforming others in the area “by every metric.”

“We are extremely proud to have been named the number one shooting range in Las Vegas,” Brashear said Tuesday. “Shoot Las Vegas is a different business model than other gun ranges in town. I’ve been working in the special events industry for 30 years, so it’s really ‘Special events meets shooting.'”

The 100-acre outdoor range sits in a secluded box canyon in the Nevada desert, 43 miles south of the Las Vegas strip. The range provides free limo rides from the city, as well an arsenal of more than 70 firearms — including fully-automatic machine guns, military-style rifles and ‘gangster’ guns.

The climate-controlled firing lines feature targets up to 500 yards away, Colagiovanni said. A $250 budget bought him package of six guns and three exploding targets. He praised the range’s unique set-up, comparing it to Disneyland attractions.

“Rather than pairing with a single safety officer who is with you until completion, Shoot Las Vegas has a ‘Disneyesque’ feel,” he said. “After ‘walking through the gates,’ so to speak, you choose the gun you would like to shoot and walk up to the station. I was allowed to shoot at my own pace rather than being rushed or waiting hours to shoot, which happened at other ranges.”