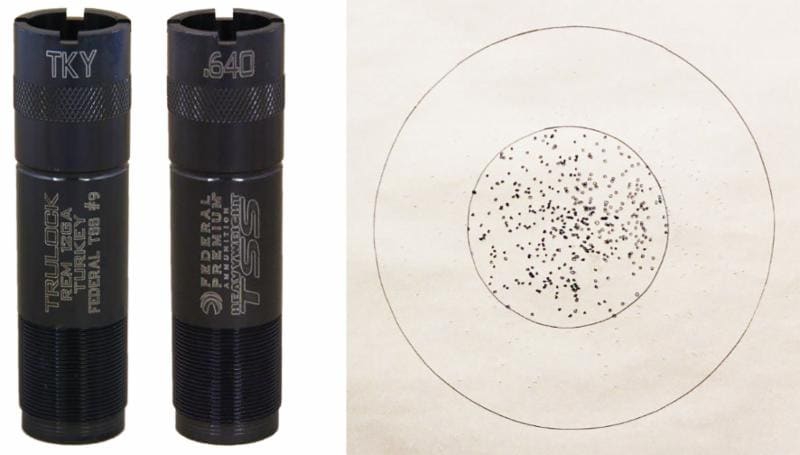 The Trulock TSS chokes feature a brand new interior design paired with exit diameters engineered to enhance the capabilities of Federal’s turkey loads. Trulock says testing of the chokes revealed the Heavyweight TSS 9 loads, with 1.75 ounces of shot, delivers 400 pellets in a 10-inch circle. For the Heavyweight TSS 7, which features a larger load but fewer pellets, delivers 200 plus pellets in a 10-inch circle.

“These results show the Trulock TSS chokes are delivering devastatingly dense patterns and Federal’s testing shows they have up to twice the penetration energy of #5 lead shot at 60 yards,” Trulock said in a press release. “There are many things that can go wrong in a turkey hunt, but the combination of Trulock’s new chokes with these loads means that down range shot performance won’t be one of those problems.”

Trulock chokes are designed to work with specific brands including Invector, Invector Plus, Beretta/Benelli Mobil, Crio Plus, Rem Choke and M835, all in 12 gauge. The company says additional gauges will be available soon.