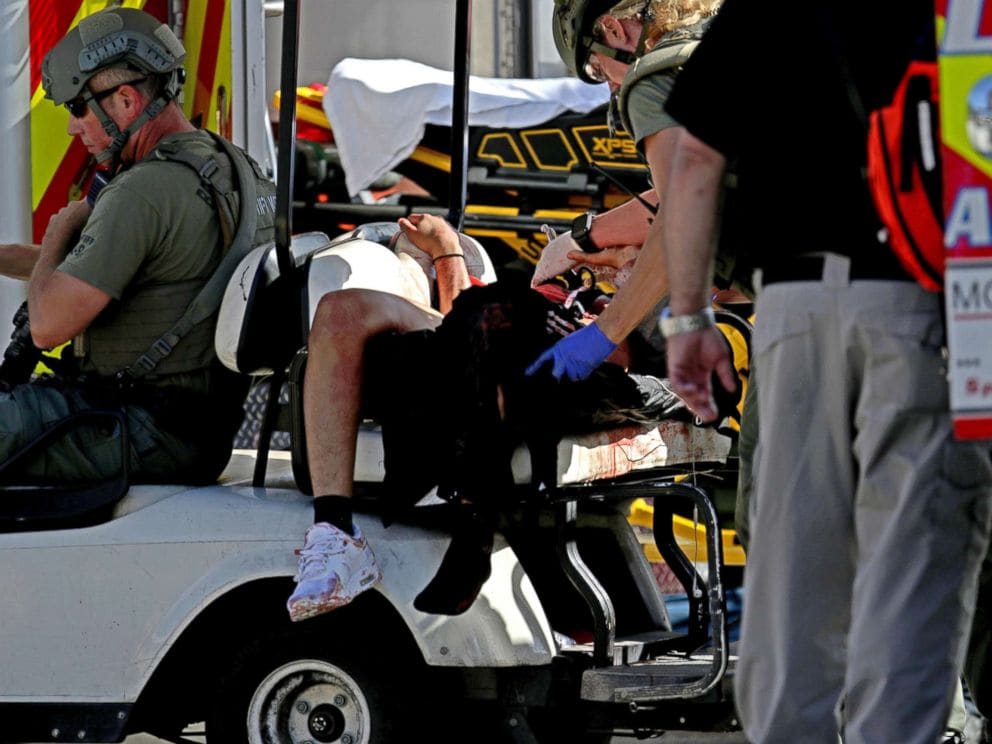 Share prices for publicly traded gun makers increased in the wake of a shooting at high school in southern Florida that left at least 17 dead.

American Outdoor Brands, Vista Outdoor and Sturm, Ruger and Co. spiked between 2 percent and 4 percent Thursday as the familiar outcry over AR-15 rifles gained traction among lawmakers and media pundits.

“Assault weapons were designed for war and that’s why they are the weapon of choice for mass murderers,” said Democractic Florida State Rep. Carlos Guillermo Smith in an interview with Tallahassee Democrat. “They do not belong in civilian hands.”

Smith represents the Orlando district where a lone gunman massacred 49 people at the Pulse nightclub in June 2016. In the two year’s since, he’s sponsored two bills banning “assault weapons,” but says he can’t get the proposals heard in committee.

Florida Republicans instead called for more money to “harden” schools, the newspaper reported, including boosting access to mental health treatment and increasing the number of armed resource officers.

“I am asking all of my legislative colleagues to support an appropriation of $100 million for mental health screening, counseling, and training, as well as the hardening of our schools in the K-12 budget, which Sen. Passidomo has already included in the Senate education budget,” said Republican State Sen. Bill Galvano. “It is imperative that a portion of this allocation goes toward ensuring that we have the necessary number of armed resource officers at our schools across Florida.”