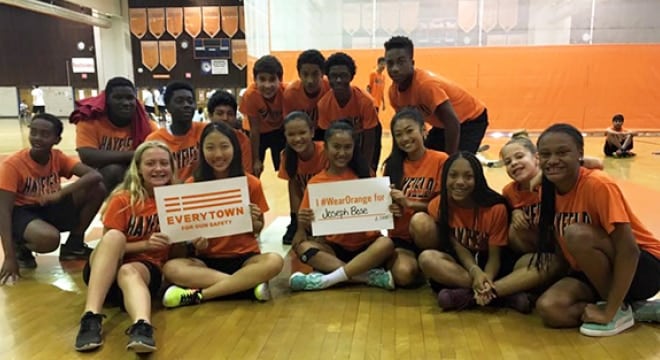 The organization, formed first as Mayors Against Illegal Guns in 2007, morphed into Everytown in 2013 and has a new youth organization announced last week (Photo: Everytown)

Pitched as a vehicle to give “students the opportunity to lead the charge against gun violence” Everytown has added a youth group to their umbrella.

The new outlet, Students Demand Action, was announced via social media last week just days after a school shooting in Parkland, Florida claimed the lives of 17.

“Classrooms and college campuses are places for learning, not places to worry about gunfire,” says Everytown about the new initiative aimed at high school and college students.

Formed initially as the non-profit Mayors Against Illegal Guns in 2007 by the consortium founded by then-New York Mayor Michael Bloomberg and Boston Mayor Thomas Menino, the group merged with Moms Demand Action under the Everytown name in 2014 with the help of $50 million from Bloomberg’s pocketbook. The most recent federal filing for the organization available, that from 2015, disclosed over $40 million in contributions.

The offshoot is not the first time national gun control groups have established franchises. The Giffords group has in the past two years established affiliates in a number of states, typically issuing the same prepared statements in each reduplication.