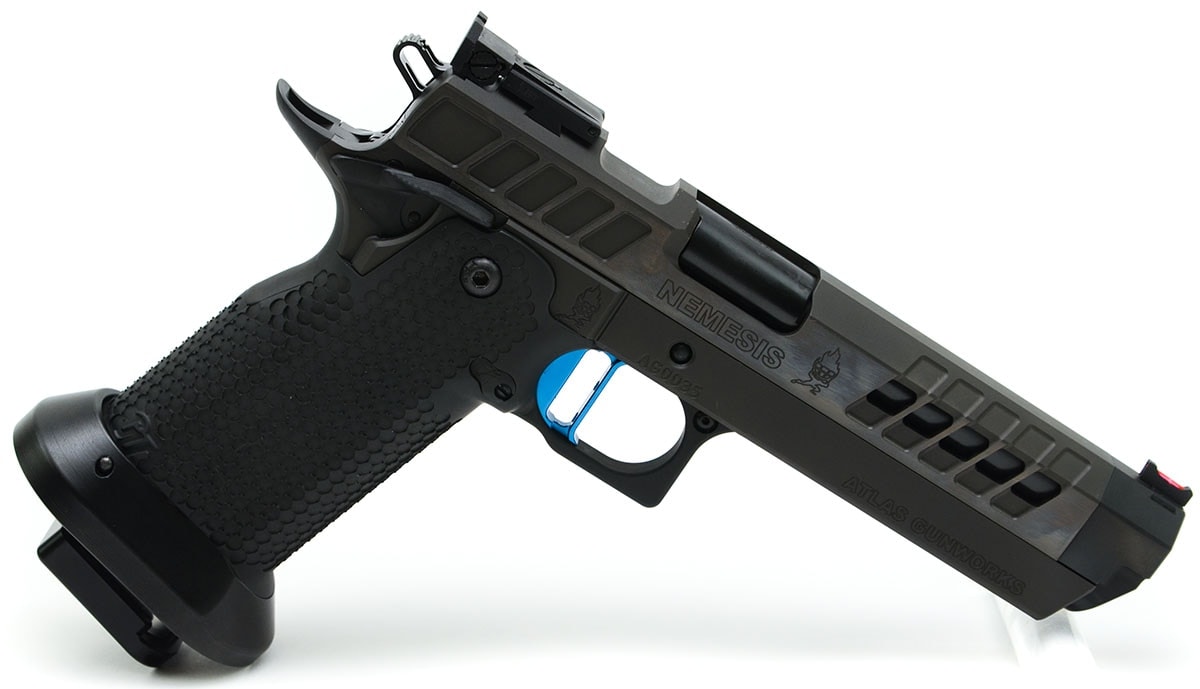 What sets the Nemesis apart, however, is its fixed front sight block. The block offers a shorter lightened slide, improved balance point and extra weight at the end of the barrel. Additionally, the block design prevents the front sight from moving with the slide. 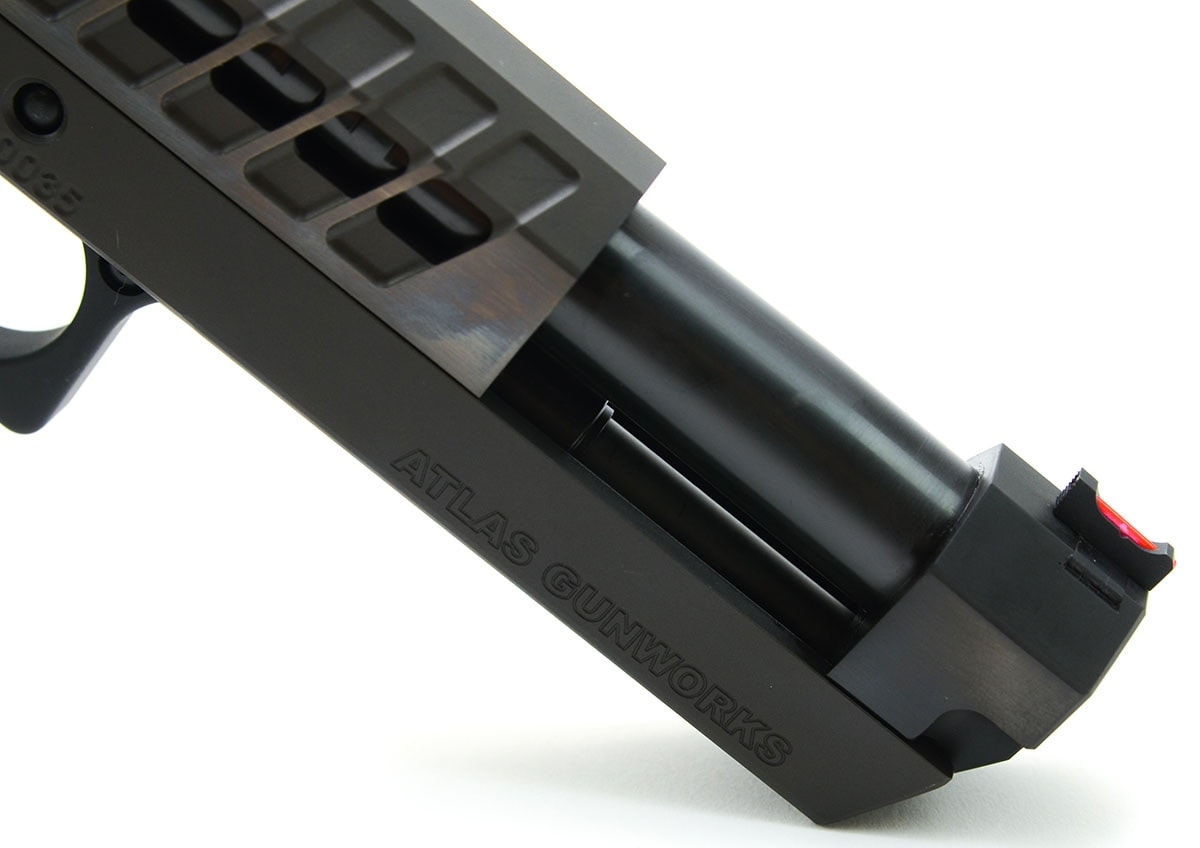 The fixed front sight block prevents the front sight from moving with the slide while shooting. (Photo: Atlas Gunwerks)

“The Nemesis truly is an amazing pistol for Limited shooters. Recoil is softer and flatter than traditional guns allowing the gun to return to true zero. The sight system allows for faster shooting and follow up shots that are always closer to true zero,” Atlas President Adam Nislon said in a press release.

Atlas says the DLC coated Nemesis ships in less than three months from the factory with a MSRP of $4,750.