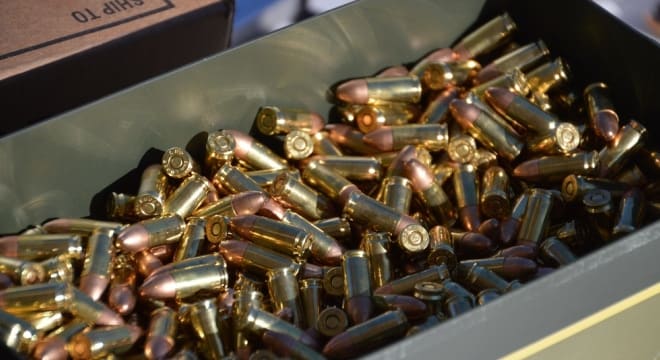 Emails showed that the senior policy advisor who took point on the directive spent a decade with an “activist environmental group” and the measure was compiled in a non-standard process without public comments. (Photo: Chris Eger/Guns.com)

Republicans on the House Oversight Committee on Tuesday released a partisan memo penned last week saying outgoing FWS Director Dan Ashe’s last-minute January 2017 directive to require the use of “nontoxic ammunition and fishing tackle to the fullest extent practicable” on lands and waters controlled by the agency was an abuse by the administration.

Emails showed that Noah Matson, a senior policy advisor to Ashe who “spent over a decade in a senior position with the activist environmental group Defenders of Wildlife” had the lead on formulating the directive, which was compiled in a non-standard process bypassing other senior agency members and without public comments. Some FWS employees questioned the rushed and extraordinary nature of the move, saying they had “never seen [it] done this way.” The directive came as such a shock to some that the FWS’s Chief of Public Affairs said the measure “took me by surprise today” when it was announced.

Worse, with Ashe departed, emails show the agency was left flat-footed in how to implement his departing directive, which was being increasingly questioned by sportsman lobby and gun industry trade groups. The agency’s chief law enforcement boss said in an email he was caught unprepared to talk to state conservation agencies about the looming change.

With the shift in polarity in Washington following President Trump’s inauguration, newly confirmed Secretary of the Interior Ryan Zinke in March 2017 made it his first order of business to repeal Ashe’s order. At the time, Zinke, a former Navy SEAL and lawmaker from Montana, concluded the lead ban was issued “without significant communication, consultation, or coordination with affected stakeholders.”

The lawmakers this week said Zinke’s repeal was an important move to quickly “correct this overstep” by FWS but cautioned nothing prevents future directors from making such a move in the future.