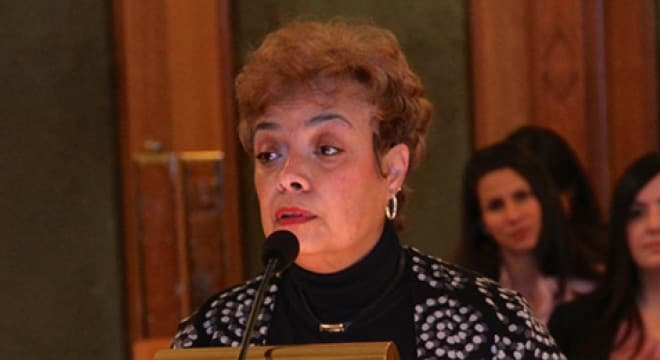 Ohio state Sen. Charleta B. Tavares, D-Columbus, wants to make it a felony to have a semi-automatic firearm capable of holding more than 10 rounds. (Photo: Ohio Legislature)

A group of Ohio Democrats is pushing for a statewide ban on many semi-auto firearms in the Buckeye State in the wake of a mass shooting in Florida.

The proposal, SB 260, backed by state Sens. Mike Skindell and Charleta Tavares, would define an “assault weapon” as a semi-auto firearm with the capacity of accepting 10 or more rounds in the magazine, making it a felony to possess one.

“Assault weapons were designed to be used by trained members of the military to kill people,” Tavares said. “These weapons, unfortunately, are killing innocent children and adults by people who want to murder, maime [sic] and terrorize large masses of people in public spaces.”

The move, inspired by a recent shooting in Florida that claimed the lives of 17, goes past the expired federal ban in the respect that it would classify even firearms with fixed magazines, such as a .22 rifle with a tubular underbarrel magazine, as an assault weapon. Possession of a gun classified as such in Ohio would be punishable as a fifth-degree felony which allows for up to 12 months in prison and fines of as much as $2,500 for the first offense. It would also require the Ohio Attorney General’s office to create a registry of all sales of firearms and ammunition.

While Democrats hold only nine of 33 seats in the Ohio Senate, Republican Gov. John Kasich has publicly signaled support for laws that target some semi-autos such as the AR-15.

Gun rights advocates say the proposal falls flat. “It is an insane idea. It just doesn’t work and our kids deserve a solution that does work,” said Jim Irvine, president of the Buckeye Firearms Association.