Ruger is in 'a better position to succeed' after workforce reductions, CEO says 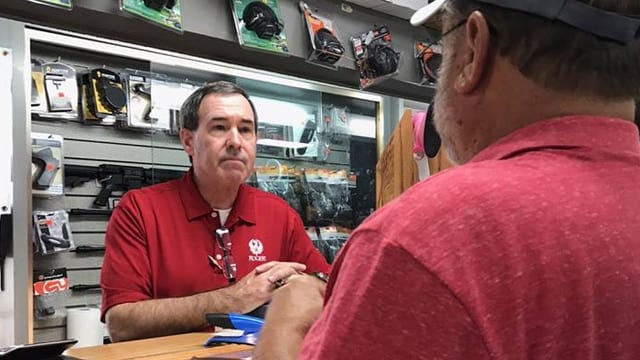 “While we reduced production in 2017, we were mindful of the impact that would have on our people, operations and profitability,” Killoy said. “However, we had to make some difficult decisions. We developed a strategic plan focusing on not selling positions vacated through attrition and the reduction of overtime while carefully monitoring our headcount.”

“As a result, Ruger is better positioned to succeed in 2018,” he added.

Maksim Netrebov, financial analyst and contributing writer at Seeking Alpha, said his calculations show Ruger just closed on the worst year its had since 2012 — a common trend across publicly-traded gun manufacturers.

“After looking at these numbers, I cannot say that I am surprised one bit,” he said. “Overall, Ruger is weathering the storm, but there is still a lot more to go through.”

Netrebov said “no one really has a clue” how 2018 will shake out, either.

“Short of realistic gun control legislation, the demand left over from 2016 is rapidly declining, and I believe with the record high inventory numbers, 2018 will see continued pressure on prices and more sales wars,” he said.

While looming gun control has historically spurred sales, it still remains unclear how last week’s shooting in Parkland, Florida and the president’s response to it — including directing a bump stock ban and calling for improved background checks — will affect the industry.

Congressional lawmakers on both sides of the aisle have also suggested raising the legal age of owning a rifle to 21, despite protests from the National Rifle Association.

“The NRA supports efforts to prevent those who are a danger to themselves or others from getting access to firearms,” the organization said Wednesday. “At the same time, we will continue to oppose gun control measures that only serve to punish law-abiding citizens. These are not mutually exclusive or unachievable goals.”