Milestone Auctions Co-owner Miles King said the event, held Jan. 29, attracted the most bid sign-ups ever for the auction house.

“A lot of gun collectors came to the preview and really enjoyed handling the old guns and studying how they were put together,” he said. “There were many new customers who had never bid in our sales before and more bidders than usual participating at the high end. We were very pleased.”

Milestone Auctions said its top-selling gun, a Springfield M1-D Garand Sniper rifle bought in 1996 from the Army’s Division of Civilian Marksmanship, raked in $7,200. The rifle came sealed in its original packaging with all accessories. 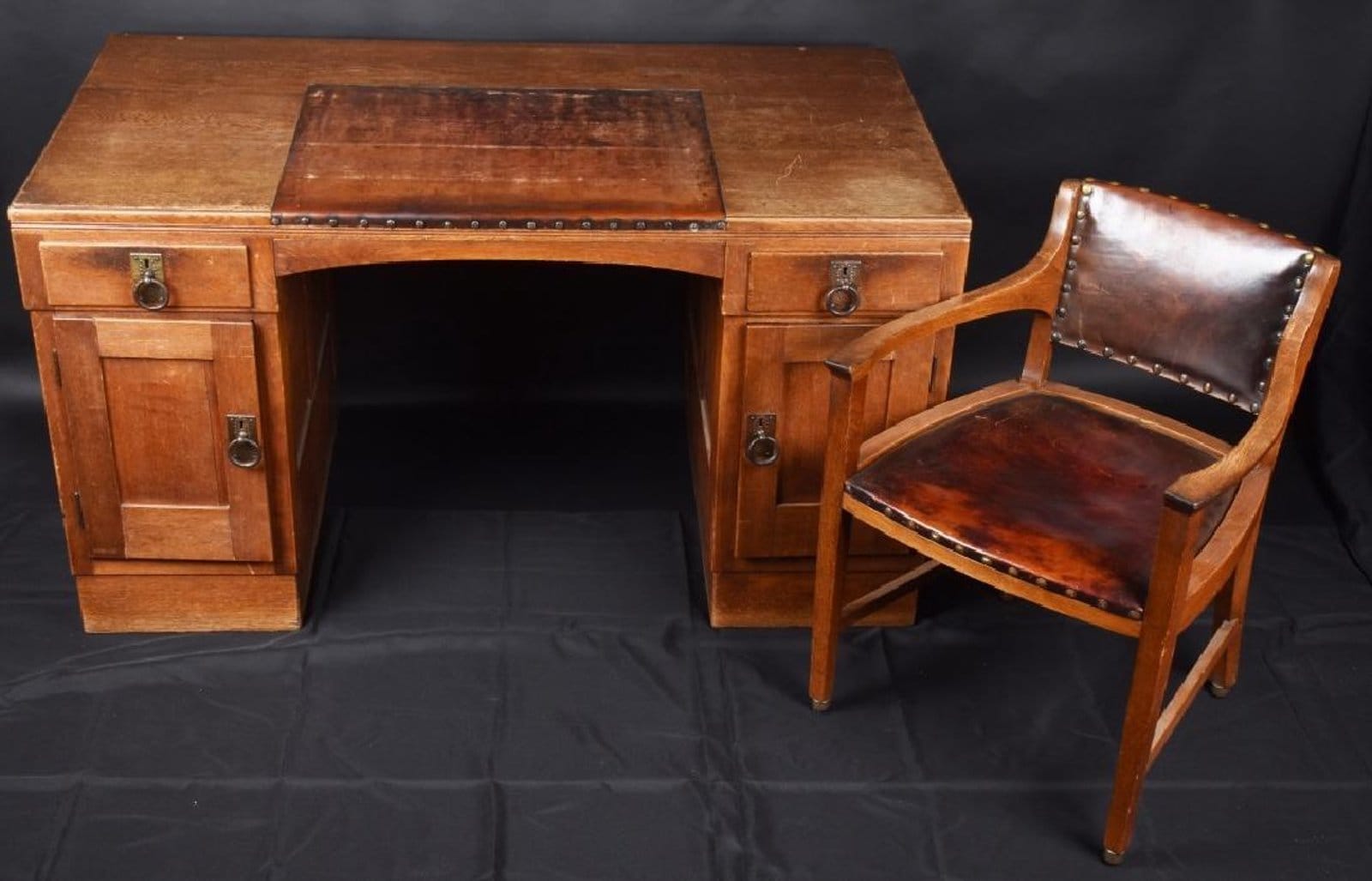 Hitler’s custom made oak and leather “million dollar” desk and matching chair didn’t sell for anything close to $1 million, as its nickname suggests. The winning bid came in below estimates at just $29,000.  The desk, a gift from a Romanian monarch in 1929, the U.S. Army seized the pieces from Hitler’s Munich residence, which still feature the stamp “US Property and United States Forces European Theater Headquarters.”