The NRA National Sporting Arms Museum located inside the Bass Pro Shops flagship store in Springfield, Missouri welcomed one of only two known silver framed Winchester 1866 rifles to its collection.

The rifle, valued at $500,000, was loaned to the museum by the well known Winchester connoisseur Leroy Merz. He personally delivered it on November 13, 2017 to Jim Supica, Director of NRA Museums, who graciously received it.

The lever action Winchester 1866 was the first gun to bear the Winchester name. It was introduced in 1866 and fired the. 44 Henry cartridge. It was wildly successful and popular. Typically, it’s frame was made from solid brass, lending it the nickname ‘The Yellow Boy’. However, the rifle loaned by Merz features an all silver frame and is only one of two known solid silver Winchester 1866s. 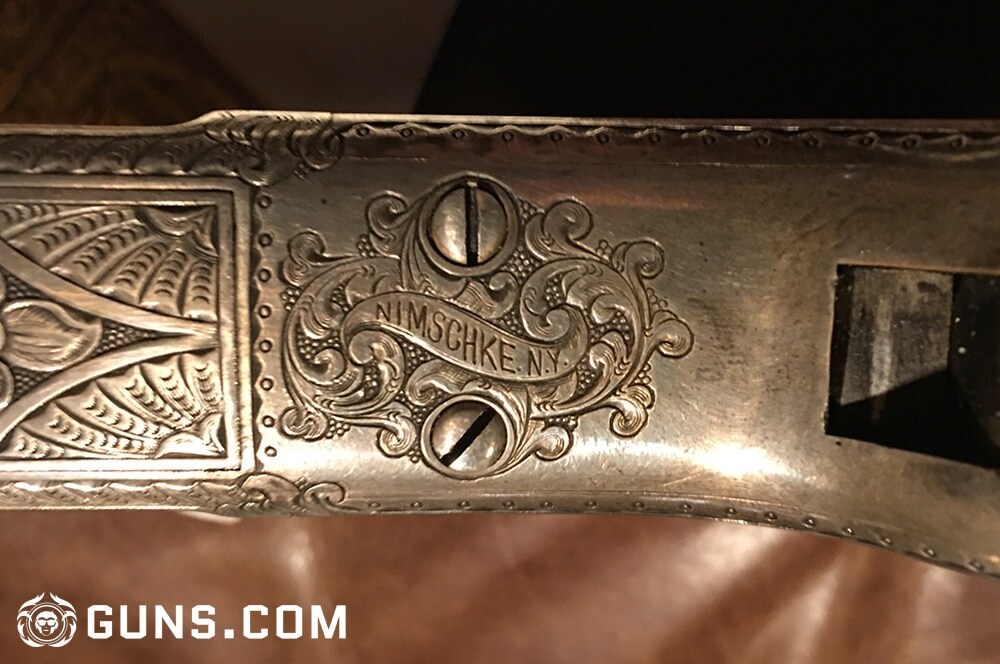 Nimschke’s engraved signature on the silver framed Winchester 1866 on display at the NRA National Sporting Arms Museum in Springfield, Missouri.

What makes the rife even more special is that it was engraved by Louis Daniel Nimschke. He is considered to be one the greatest firearm engravers of the mid nineteenth century. The engraving was done with a hammer and chisel, and features incredibly complex and ornate designs. In fact, so proud was Nimschke of his work on this particular rifle that he signed it, something he rarely did. This makes the firearm even more remarkable.

The rifle is on display at the museum until the end of 2018. The NRA National Sporting Arms Museum is open 7 days a week from 9:30AM to 5PM. 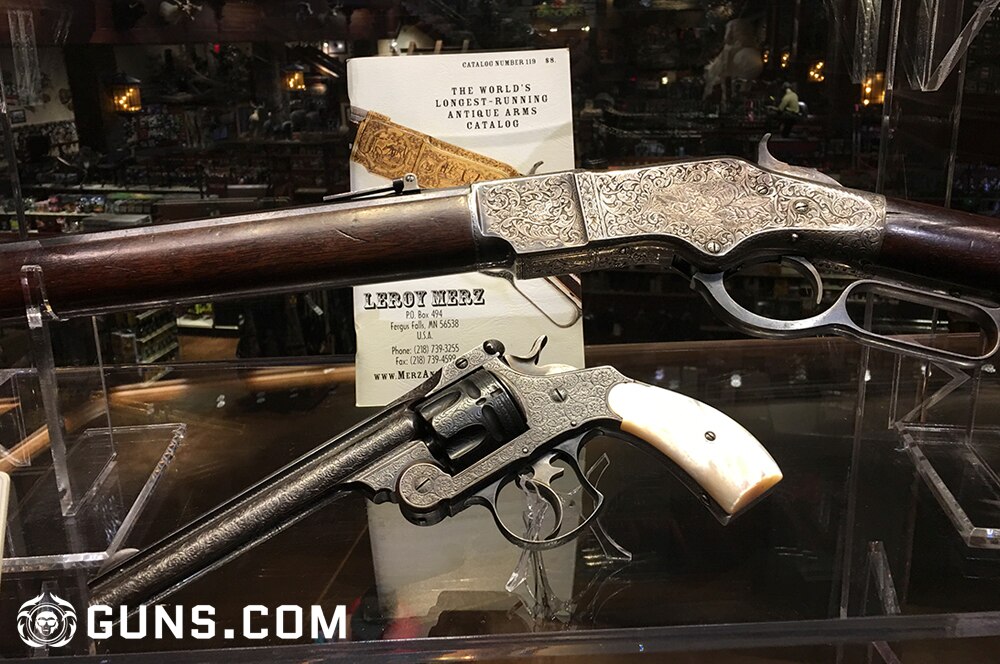 The silver framed Winchester 1866 on display at the NRA National Sporting Arms Museum in Springfield, Missouri.