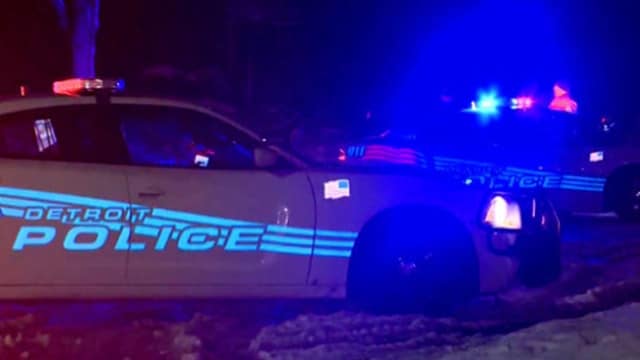 A homeowner said he shot a teen who was breaking into his home March 2, 2018 on Lakewood Street in Detroit. (Photo: WDIV)

A 16-year-old boy is in critical condition after a Detroit homeowner caught him and another person breaking into his home Friday morning.

The homeowner told police that he received a telephonic notification that his home was being burglarized around 2:30 am. When he rushed home, he confronted the two suspects.

The 46-year-old man said one of the suspect pointed a gun at him, so he opened fire. The shots hit the teen multiple times.

When police arrived, they found the teen outside the home on the sidewalk. He was transported to a nearby hospital for gunshot injuries to his groin, back and right arm.

Police said the suspect’s handgun was recovered at the scene. The homeowner, who had a concealed weapons permit, is cooperating with investigators.