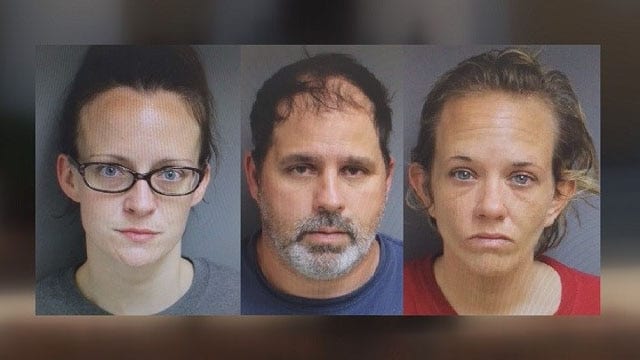 An Alabama man pleaded guilty in federal court for his part in a ring that plotted to sell almost 300 guns stolen from the Selma Police evidence lock up.

U.S. Attorney Richard Moore announced Wednesday that Richard Allen Canterbury, of Valley Grande, pleaded guilty in January on charges of possession of firearms by a convicted felon, possession of firearms with an obliterated serial number and selling firearms without a federal license. Canterbury, arrested in 2017 when the short-run scheme unraveled, received the guns from his wife, Adrianne, then later stored and attempted to sell them.

According to court documents, the operation was brought to light last April when police received a call from a middle school assistant principal after Adrianne’s minor son had brought some jewelry to campus that he tried to sell to fellow students. When asked where the items came from, the youth said his mother brought them home from the police evidence room where she worked. Investigators soon found that other items, to include firearms, were absent from the room with Adrianne, after being confronted, taking detectives to her home where they recovered three stolen guns.

Police followed up with Richard, a felon who lost his firearms rights in 1996, who admitted that his wife had passed a number of guns along to him in March to sell. A search warrant of a storage building he had access to yielded 239 guns, all from the Selma PD. Richard’s girlfriend, Candice Byrum, advertised some the guns on social media with the man selling them out of his job site, bringing Adrianne most of the money he received. Officials noted that Richard did not tell Byrum, who had “hard feelings” about his wife, where he obtained the guns from at first and when Byrum found out they came from Adrianne, she forced him to move the stolen property from her home to a storage building.

At least one of the stolen firearms was later traced to a homicide. Once news of the theft was made public and the Alabama Attorney General asked people to turn over guns they may have purchased from the ring, several individuals came forward and a total of 294 of the stolen weapons have been recovered thus far.

Richard’s sentencing is set for July 27, where he faces up to 20 years in prison and a fine of up to $250,000, along with supervised release.

Court dockets show Byrum pleaded guilty last month to furnishing a firearm to a felon as well as aiding and abetting the possession of a firearm by a felon. Her sentencing is set for May 7, and, like Richard Canterbury, faces up to 20 years.

According to the Selma Times-Journal, the Selma Police officer assigned to supervise the evidence room has been terminated, but not charged.