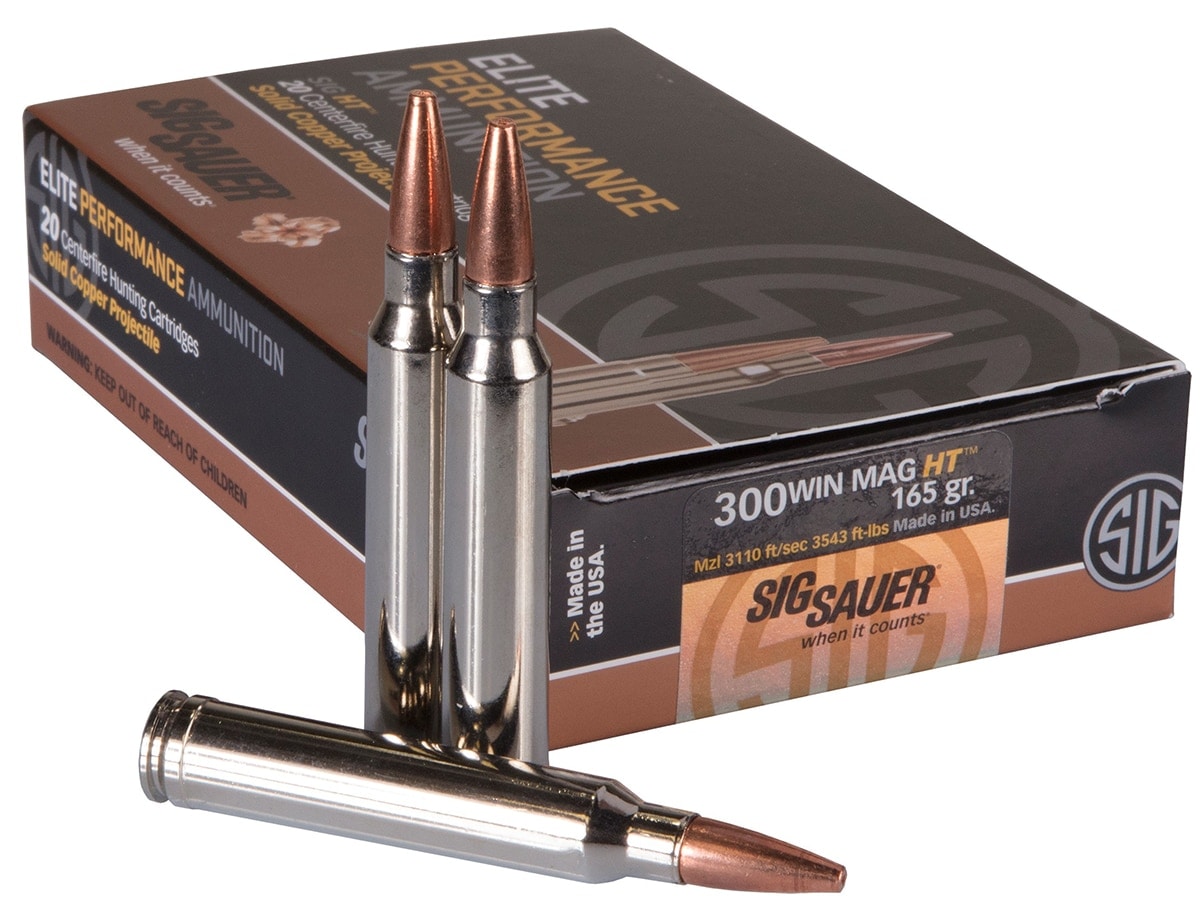 Sig Sauer continues its expansion on its ammunition line, adding a new caliber to the Sig HT premium-grade, copper hunting ammo line in the way of 300 Win Mag.

Muzzle velocity measures right around 3,110 feet-per-second with muzzle energy at 3,543 foot-pounds. Sig says its construction makes the 300 Win Mag Sig HT round ideal for dropping medium-sized game, such as deer.

“The 300 Win Mag is such a popular caliber with hunters, we wanted to add this round to our environmentally-friendly Sig HT line,” Bud Fini, Executive Vice President of the SIG SAUER Ammunition Division and Special Projects, said in a press release.  “All Sig HT offerings feature our proprietary, high-performance all-copper bullet which is now available in 300BLK, 223 Rem, 308 Win and 300 Win Mag loadings with additional chamberings to be added in the months ahead.”