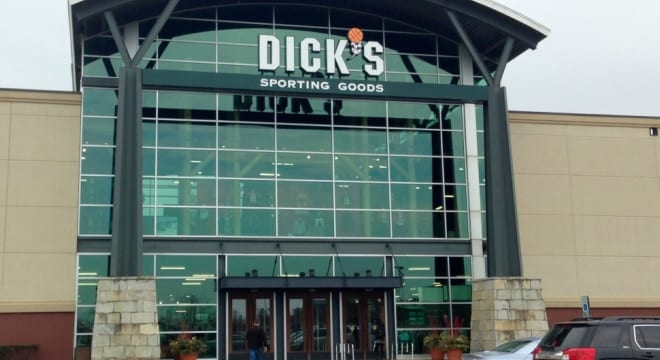 As part of the aftereffects of the big box sporting goods retailer’s policy shift on gun sales, reports are that at least two 20-year-old employees have resigned over the matter.

Alex DeGarmo and Griffin Mccullar posted their professed resignation letters on social media last week, garnering over 80,000 shares and as well as national media attention. Both cited the company’s new policy, refusing gun sales to those under age 21 and discontinuing some items, as the reason for voluntarily leaving jobs they otherwise liked.

DeGarmo told Fox’s Neil Cavuto he had no problems with the company until Dick’s CEO Edward Stack sent out the directive last week.

“I had no issue before that,” said DeGarmo who argued the company is practicing age discrimination. “It doesn’t matter if you are 18 or 35, responsibility is the same thing.” 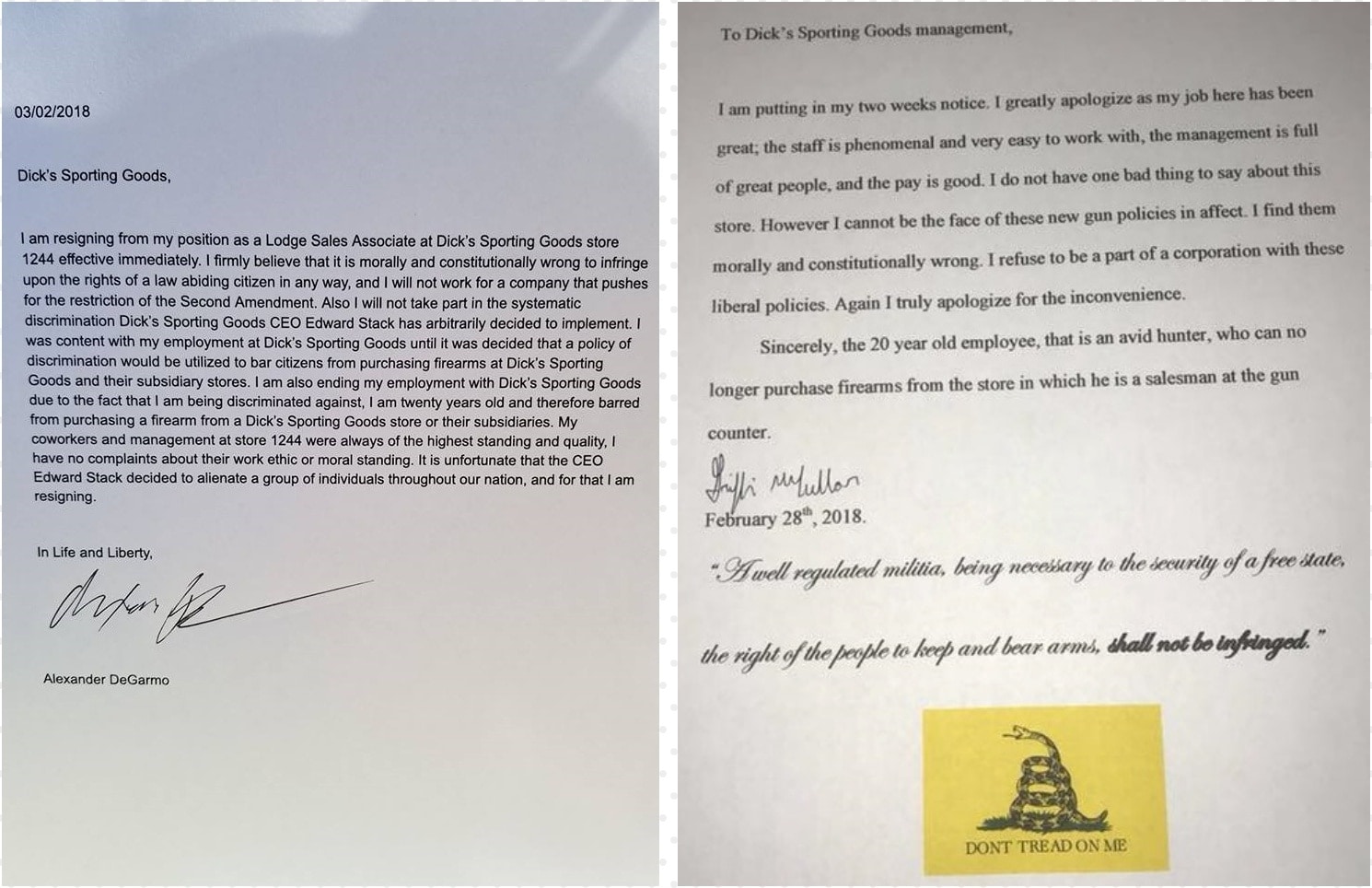 The respective letters from DeGarmo and Mccullar

Dicks has experienced a degree of backlash from gun rights supporters in response to their move. The original posting on social media announcing the change has garnered more than 200,000 comments, some supportive, others vitriolically critical of the new guidelines. Still, Dick’s has followed up with a statement that they have been “humbled” by the support they have received, welcoming other companies who have since announced similar changes such as Walmart and L.L. Bean.