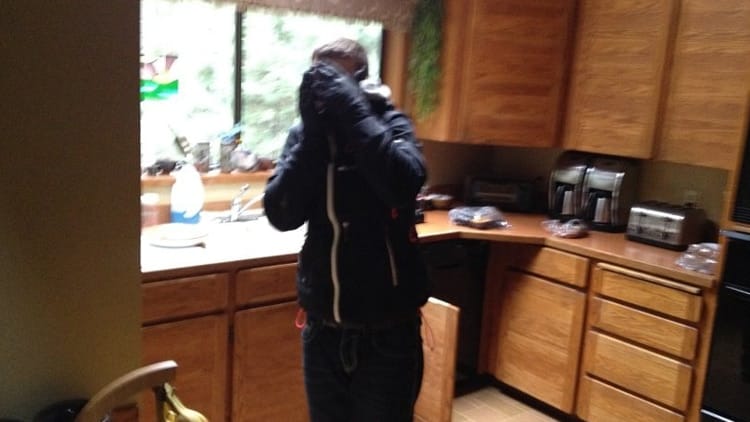 The homeowner snapped a picture of alleged burglar, Zachery Summers, 29, who covered his face in front of the camera. (Photo: Washington County Sheriff)

Authorities in Washington County, Oregon, picked up a burglary suspect a day after he attacked an armed homeowner.

Gresham police arrested Zachery Summers, 29, on Saturday during a traffic stop on an outstanding parole warrant for burglary.

According to a news release, authorities had received a tip identifying Summers as a possible suspect in the break in and were given his location.

Authorities say Summers entered the house on Friday in Cooper Mountain during a burglary attempt, but the homeowner was home at the time.

The homeowner confronted Summers in the kitchen, where Summers grabbed a knife. In response, the homeowner grabbed a handgun and fired at least one shot which sent Summers running.

During the fight, however, the homeowner also snapped a picture of Summers, who had covered his face.

Summers faces charges of first degree burglary, unlawful use of a weapon, menacing, and assault in the fourth degree. He’s being held at the county jail without the possibility of bail.