CMMG’s Mutant rifle gets an upgrade

A mere three years after CMMG launched its Mk47 Mutant, the company has returned to the Mutant platform, revamping it for 2018.

The most notable upgrades, according to CMMG, is the addition of an ambidextrous safety selector, RML 15 M-LOK handguard and ambi charging handle.

Featuring a 16.1-inch barrel with an overall length of 33.5-inches, the Mutant tips scales at 7.2-pounds.  The mid-sized AR-15 platform, chambered in 7.62x39mm, features an AR-10 sized bolt paired with an AR-15 feel. Built on a shortened AR-10 platform, the lower receiver boasts compatibility with AK magazines and drums all the while accepting aftermarket AR-15 rifle parts. 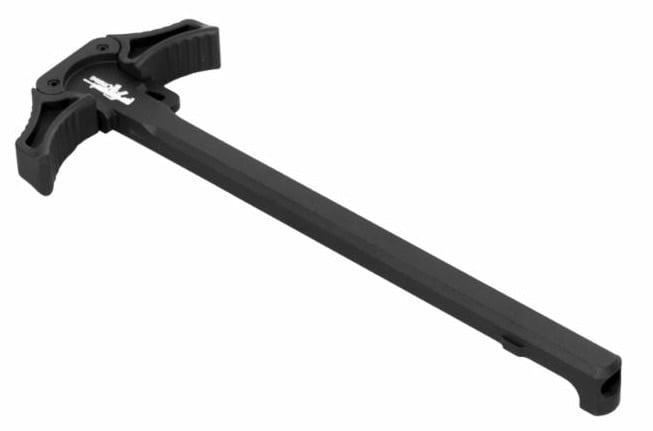 The ambi charging handle will be available on the updated Mutant but will also be available for purchase as a stand alone product. (Photo: CMMG)

Up until now, one of the few AR parts not compatible with the Mutant design has been charging handles. CMMG sought to give rifle owners more flexibility by adding a new ambidextrous charging handle. The handle is designed to make operation easier in addition to accommodating left-handed or right-handed shooters. The addition of the ambi charging handle opens the Mutant up to being fully ambidextrous alongside its ambi mag release and ambi safety selector.

The Mutant features two models, the AKR and AKR2, with prices starting at $1,699. The charging handle, alone, touts a MSRP of $99.