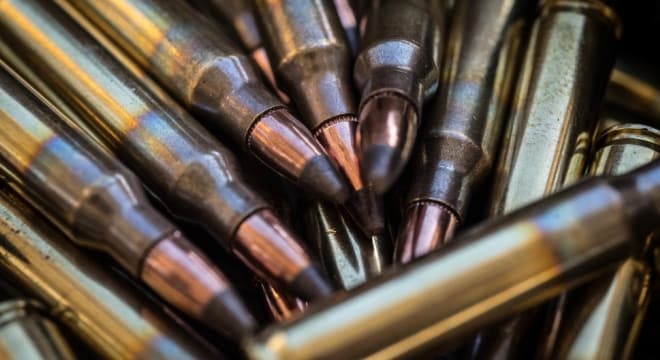 The Gun Violence Prevention and Safe Communities Act of 2018 would up excise taxes on ammunition for non-government users to 50 percent, while guns would jump to 20. (Photo: DOD)

A group of House Democrats has introduced a bill that would up the taxes on firearms and ammunition to pay for research on “gun violence and its prevention.”

The measure, H.R.5103, was introduced last week by U.S. Rep. Danny Davis of Illinois with nine co-sponsors. It aims to increase current taxes on guns and ammunition, as well as fees associated with National Firearms Act weapons.

Under the plan, ammunition would see excise taxes increase to 50 percent and firearms to 20 percent. Currently, manufacturers pay a long-running 11 percent excise tax on sporting firearms and ammunition under the Pittman–Robertson Act, which goes to fund conservation efforts such as hunter education programs, public shooting ranges and preserving wildlife habitat. The jump in fees under Davis’ plan would be set aside for public safety grants and research.

While the full language of the measure is not available, the legislation’s title outlines plans to raise the special occupational tax on gun makers as well as transfer taxes on weapons. Exemptions are in place for guns and ammunition meant for government, law enforcement or military end-users. The measure, dubbed the Gun Violence Prevention and Safe Communities Act of 2018, has been referred to five different House committees.