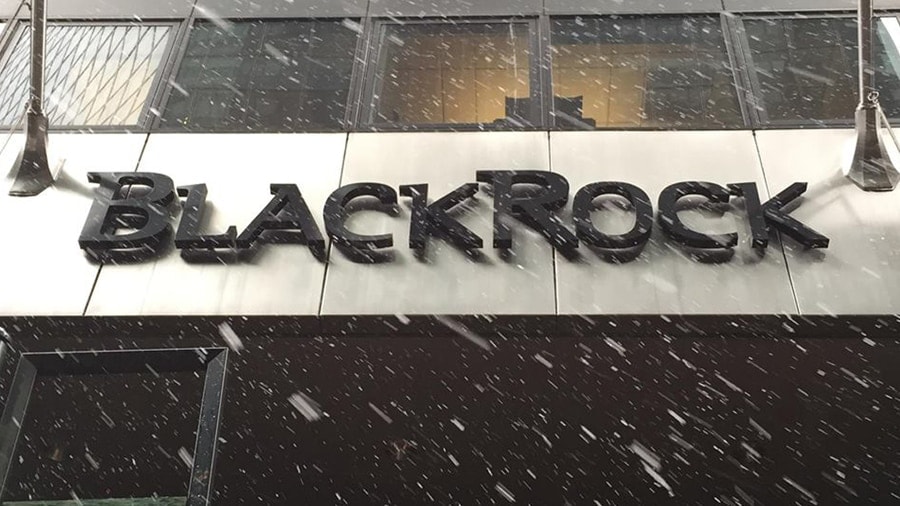 A snowy start to spring for BlackRock in 2015. The company has about $17 million invested in the gun industry. (Photo: BlackRock/Facebook)

The world’s largest money manager, BlackRock Inc, posted a list of questions asking gun makers and sellers to provide insight into their policies and practices for selling firearms.

BlackRock’s notice is the latest in corporate activism since last month’s school shooting in Parkland, Florida, left 17 people dead and 15 others injured. The national movement to advance gun control has influenced dozens of companies with ties to the gun industry to reshape policies and relationships.

“For manufacturers and retailers of civilian firearms, we believe that responsible policies and practices are critical to their long-term prospects. Now more so than ever,” BlackRock said in a statement Friday, adding it had reached out to publicly traded gun makers and retail chains to begin a dialogue.

BlackRock manages $1.7 trillion in active funds, but only about 0.01 percent is invested in the gun industry. Since most gun companies are privately owned, the questions are primarily directed at three companies: American Outdoor Brands, Vista Outdoor, and Sturm, Ruger & Company.

Questions BlackRock posed ask about risks involved in selling guns, how the businesses monitor products during distribution and ensure guns are sold legally and safely, how they screen potential buyers, what they do to prevent misuse of firearms, and what their efforts are to advance gun safety education and products like “trigger locking technology.”

In addition to the questionnaire, BlackRock said it will also offer financial products that exclude firearm manufacturers and retailers. “Of course, it is our clients’ decision when and how to use these products to achieve their goals. It is their money, not ours,” the company said.

BlackRock was the most recent company to address gun policy. Last week, private equity firm Blackstone Group asked managers at about a dozen hedge funds that it has stake in to detail their ownership in companies that make or sell guns, The Wall Street Journal reported. Yet, the group more or less wanted to clarify that it did not have direct ties to the gun industry.

Even though outdoor retailer REI doesn’t sell guns, it halted orders from Vista for hiking gear and camping equipment until Vista “outlines a clear plan of action” to prevent future tragedies like the one in Parkland.

Retailers Dick’s Sporting Goods, Walmart, Kroger and L.L.Bean last week revised their policies so they would only sell firearms to customers 21 years of age or older. Under current federal law, patrons need to be at least 18 to buy long guns like rifles and shotguns. However, the minimum age to buy a handgun is 21.

As the first to announce policy changes, Dick’s led the charge last week and went a step further by completely ending the sale of “assault style” rifles and high capacity magazines at its Field & Stream locations. The main outlets had stopped carrying such guns after the 2012 Sandy Hook school shooting. The company said it initiated the changes to encourage lawmakers to follow suit.

On Valentine’s Day, the gunman used an AR-15 to shoot up the school. Authorities say he bought and had his guns legally even though local and federal law enforcement had received tips about his threatening behavior.

Dick’s chief executive officer explained that none of the rules or laws in place prevented the 19-year-old Florida gunman from buying a shotgun from a Dick’s store in November 2017. “It was not the gun, nor type of gun, he used in the shooting. But it could have been,” he added.

Lawmakers on both sides of the political aisle and of all ranks — from state, federal and even the White House — have floated raising the age to buy a long gun, or AR, to 21 from 18 despite protests by pro-gun groups. The gun industry trade association, the National Shooting Sports Foundation, argued such a measure would violate Constitutional rights.

The corporate activism has had an impact on the public gun companies. Immediately following announcements, stock prices fell. In Vista’s case, price per share fell by as much as 9 percent last week, but come Monday has been on a slow uptick.

The national movement also pressured about two dozen brands to break partnerships with the National Rifle Association because of the gun lobby’s stance on gun control. Despite the loss of discounts for its members, the NRA said it will not change its stance.