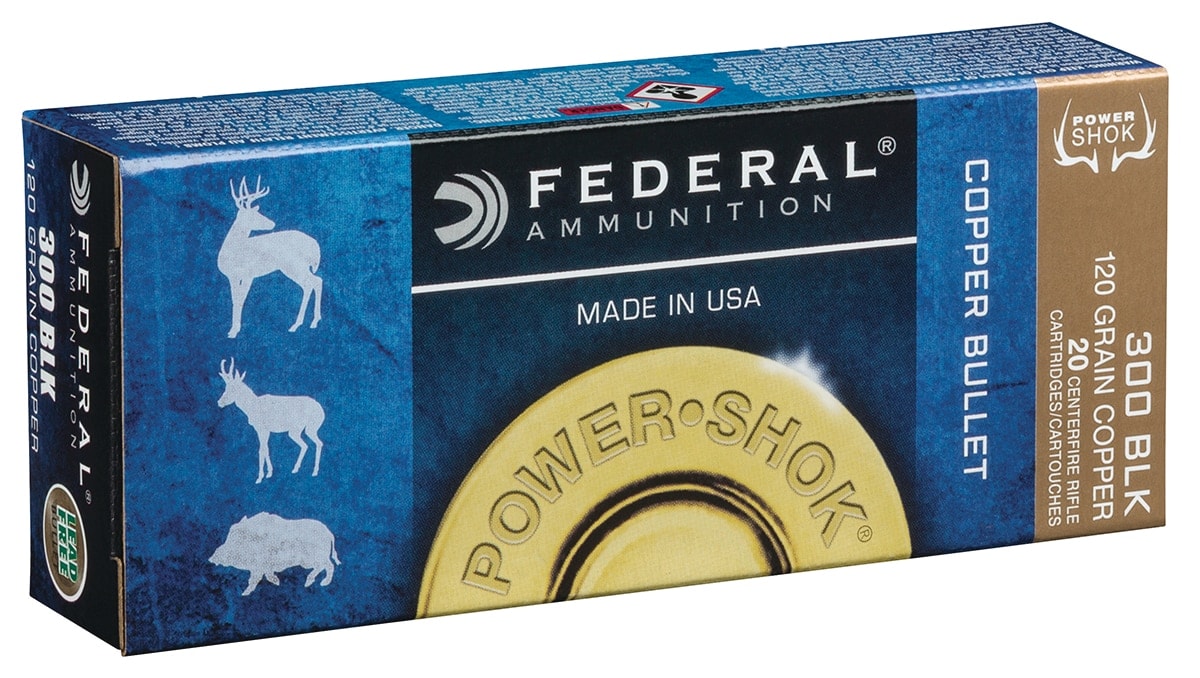 Federal Premium Ammunition adds to its series of Power-Shok Copper rifle ammunition, expanding the series to now include 300 Blackout.

The 120-grain load offers the same benefits as the original Power-Shok, featuring a non-lead bullet. The hollow point copper projectile delivers a large wound channel while the Catalyst lead-free primer boasts an efficient and reliable ignition, according to Federal Ammunition. The round’s design is finished off with Federal Ammunition brass.

Perfect for deer hunters, the company says the .300 BLK variant delivers a muzzle velocity of 2,100 feet-per-second with a ballistic coefficient of 0.251.

The ammo maker says the new .300 BLK round is currently on its way to dealers nationwide with a MSRP of $26.95.