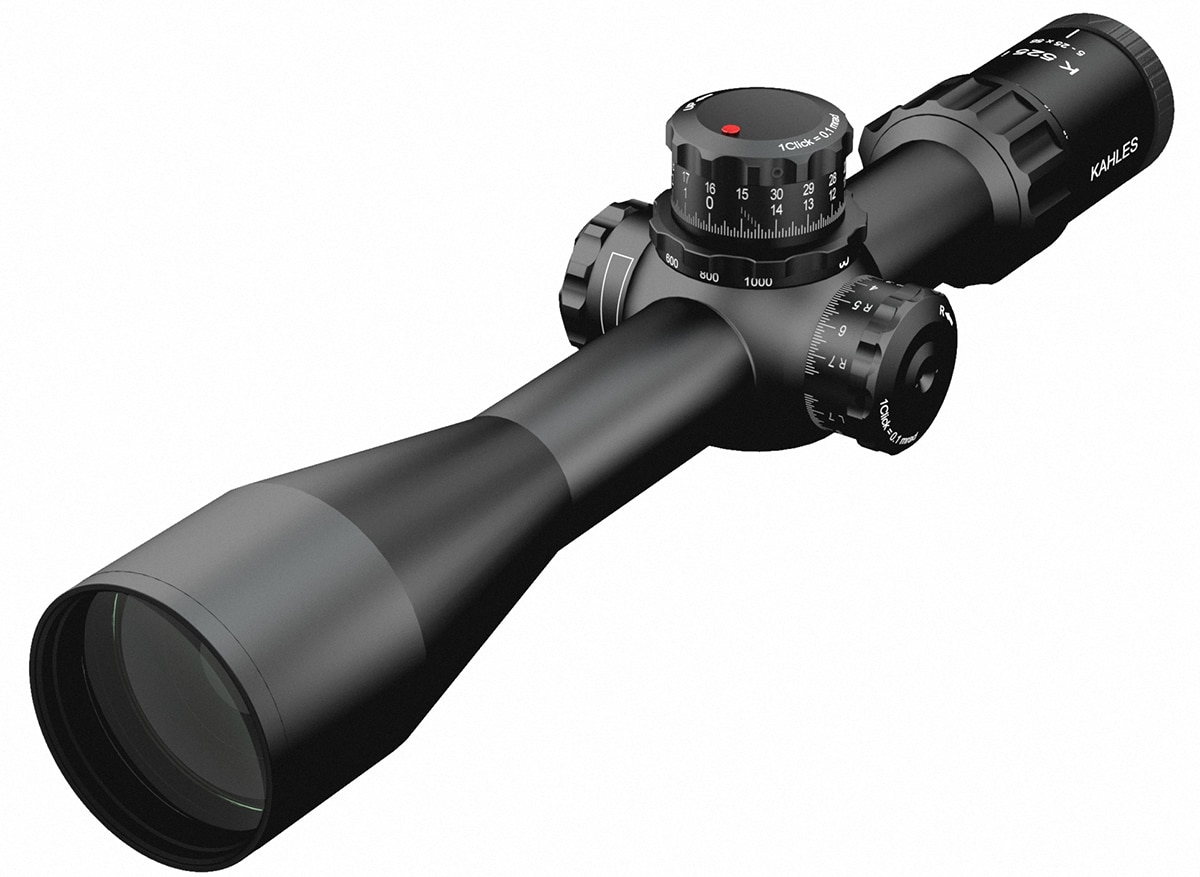 The K525i by Kahles is offered in four models with an illuminated reticle design. (Photo: Kahles)

The scope is both shockproof and IPX7 waterproof. (Photo: Kahles)

Its functional elements are crafted to allow for easy adjustments without forcing users to reach over the scope or alter shooting position to adjust. Further, Kahles equips the K525i with a parallax correction on top of the scope in order to accommodate right or left handed shooters more efficiently.

“The big brother of ultrashort K318i is the new flagship of KAHLES in the field of tactical riflescopes,” the company said in a press release. ”It combines in an inimitable way maximum optical performance and highest precision with unique handling and ergonomics.”

Turrets are laid out so as to allow for quick and easy adjustments. (Photo: Kahles)