Russia’s Kalashnikov Concern this week released a bunch of info on their new gear, including some amped-up video of robotic vehicles getting their smash on.

In the above, they show off their Soratnik (Companion) and Nahlebnik (Parasite) combat unmanned ground vehicles. The first carries a 30mm grenade launcher/machine gun set-up while the latter totes a four-pack of anti-tank rockets. The vehicles are supposed to be capable of speeds of about 25 mph and semi-autonomous operation with weapon functions under the control of a remote operator.

Also seen is a PPDU remote-controlled weapon station which mounts a heavy machine gun that cuts through cinderblock like butter. And be sure to notice the very nice Vitiaz SMGs the guys on foot are toting, among other hardware. All that’s missing is the reveal that the driver is Tsar Vladmir standing shirtless in the snow with a superbowl ring.

Want some images of the hardware? Da. 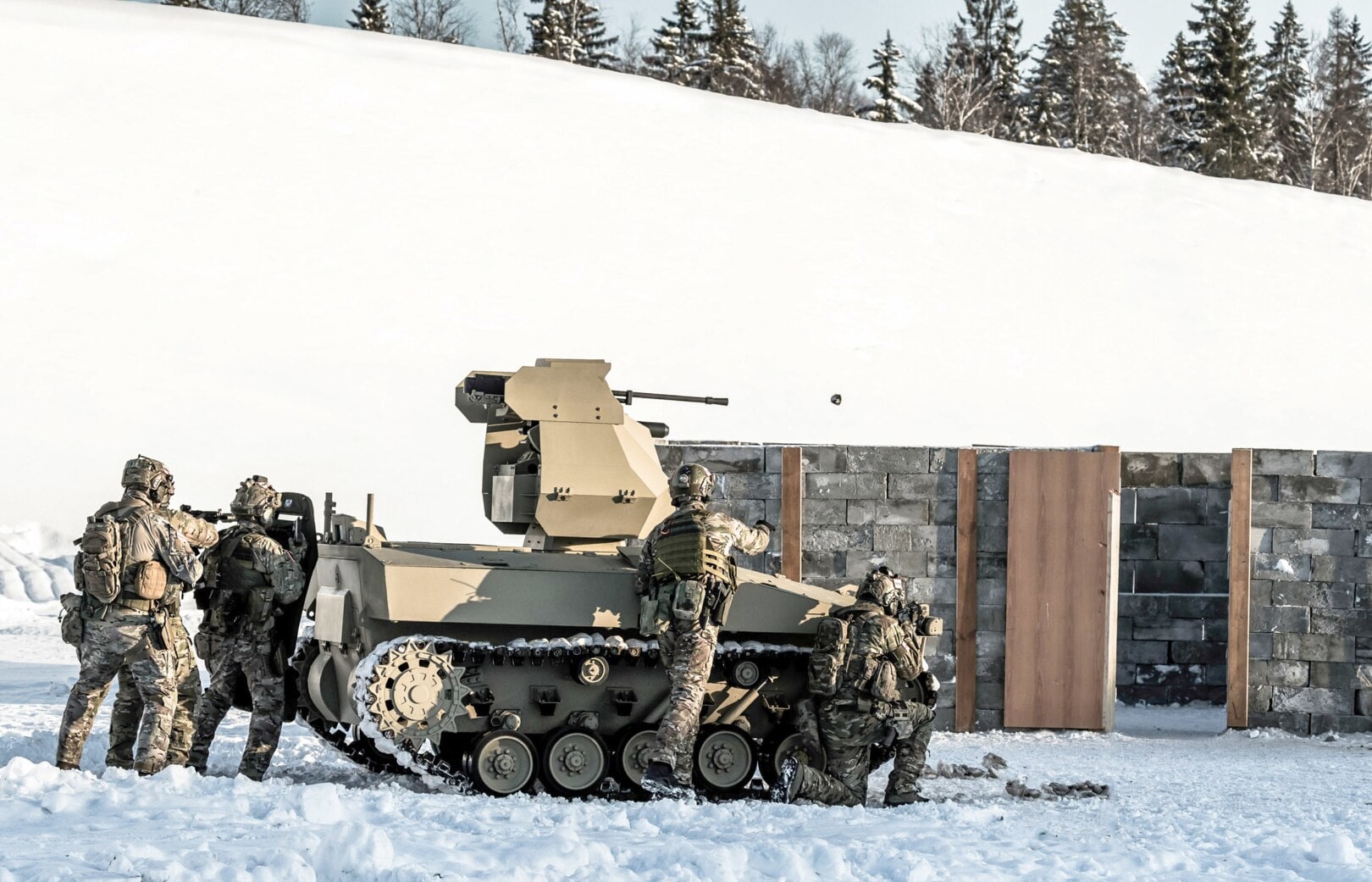 This is Companion (Соратник) (Photos: KC) 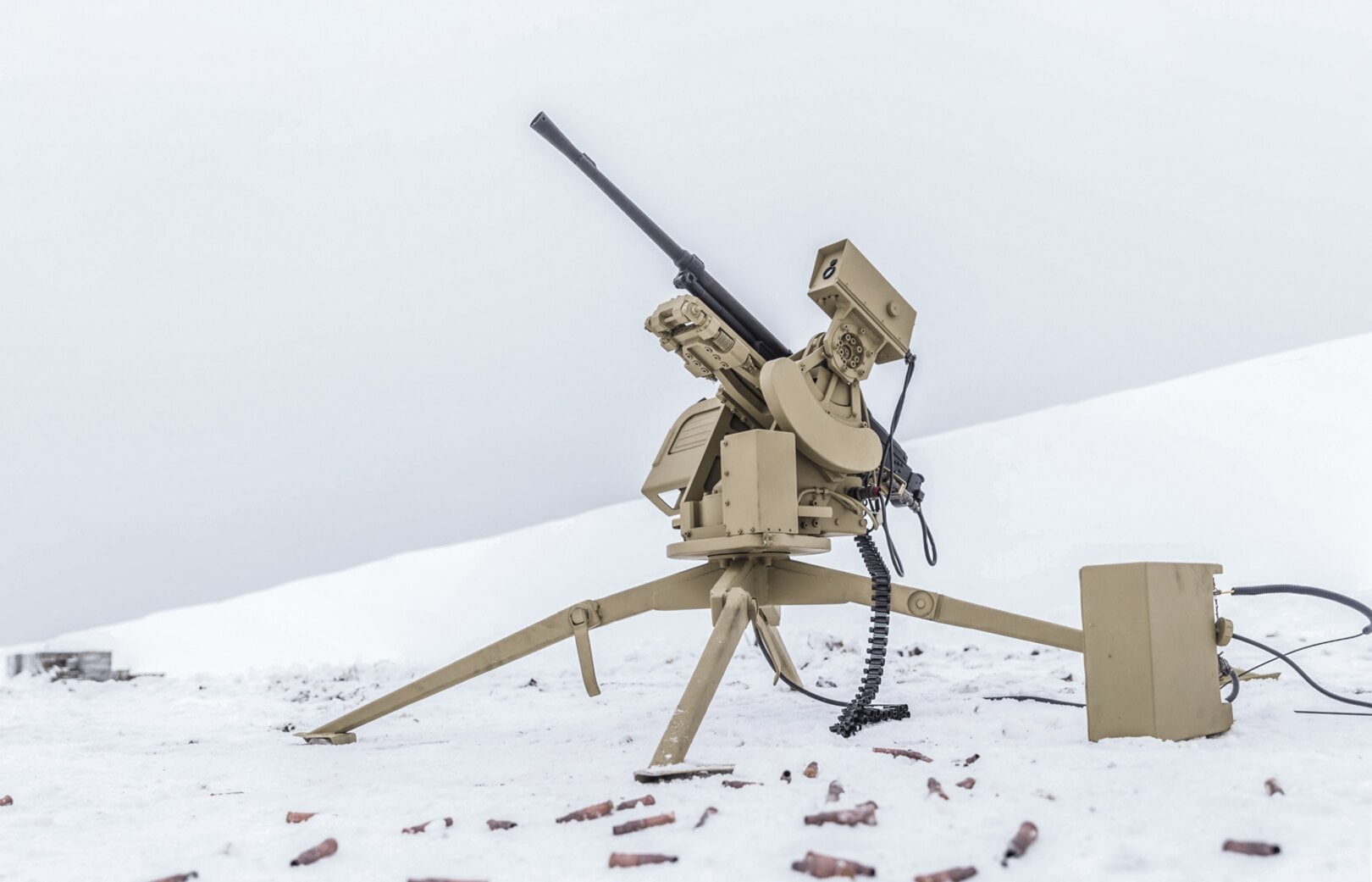 The PPDU, which can be sat-linked or cable linked to an operator That Vitiaz, tho. Florida-based Kalashnikov USA is supposed to be making these in semi-auto as the KR-9. Also, note how similar Russki combat gear is getting to Western standards. If you didn’t know better, you would think this is airsoft 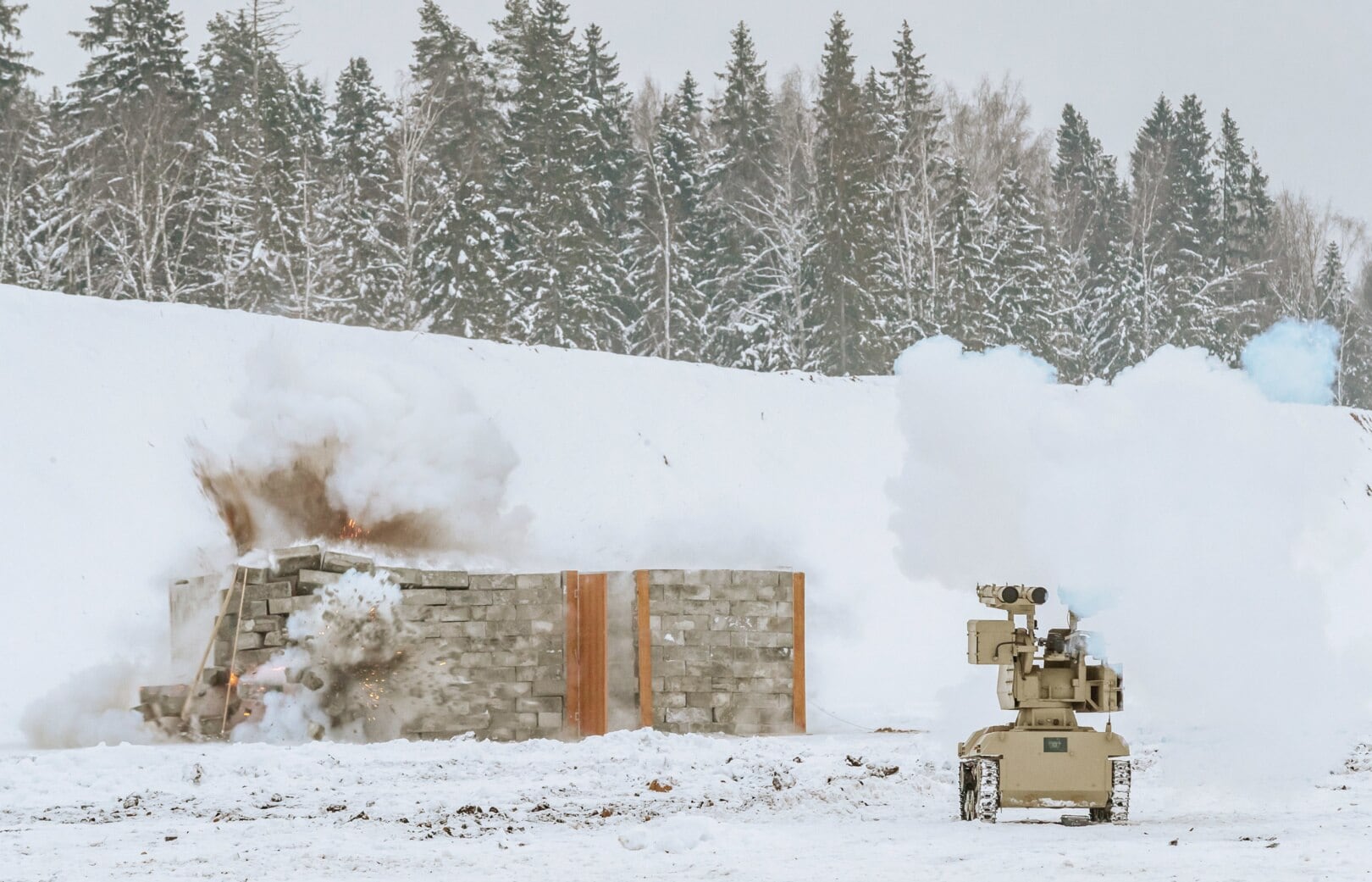 Parasite (Нахлебник) getting its bunker-busting on. 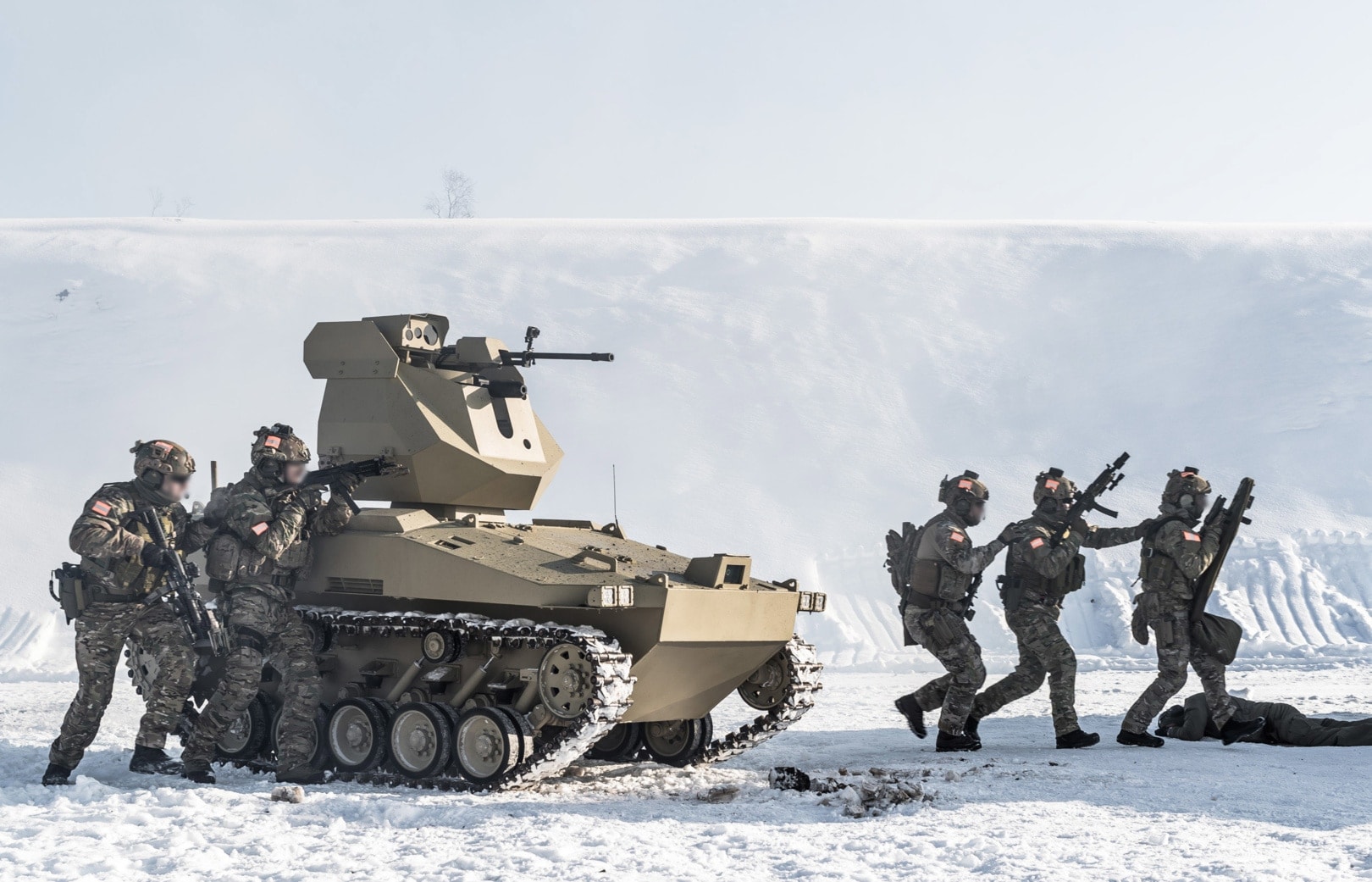 A close-up of Companion, note the MG up top and the stubby AGS-17 Plamya grenade launcher down low on the turret. 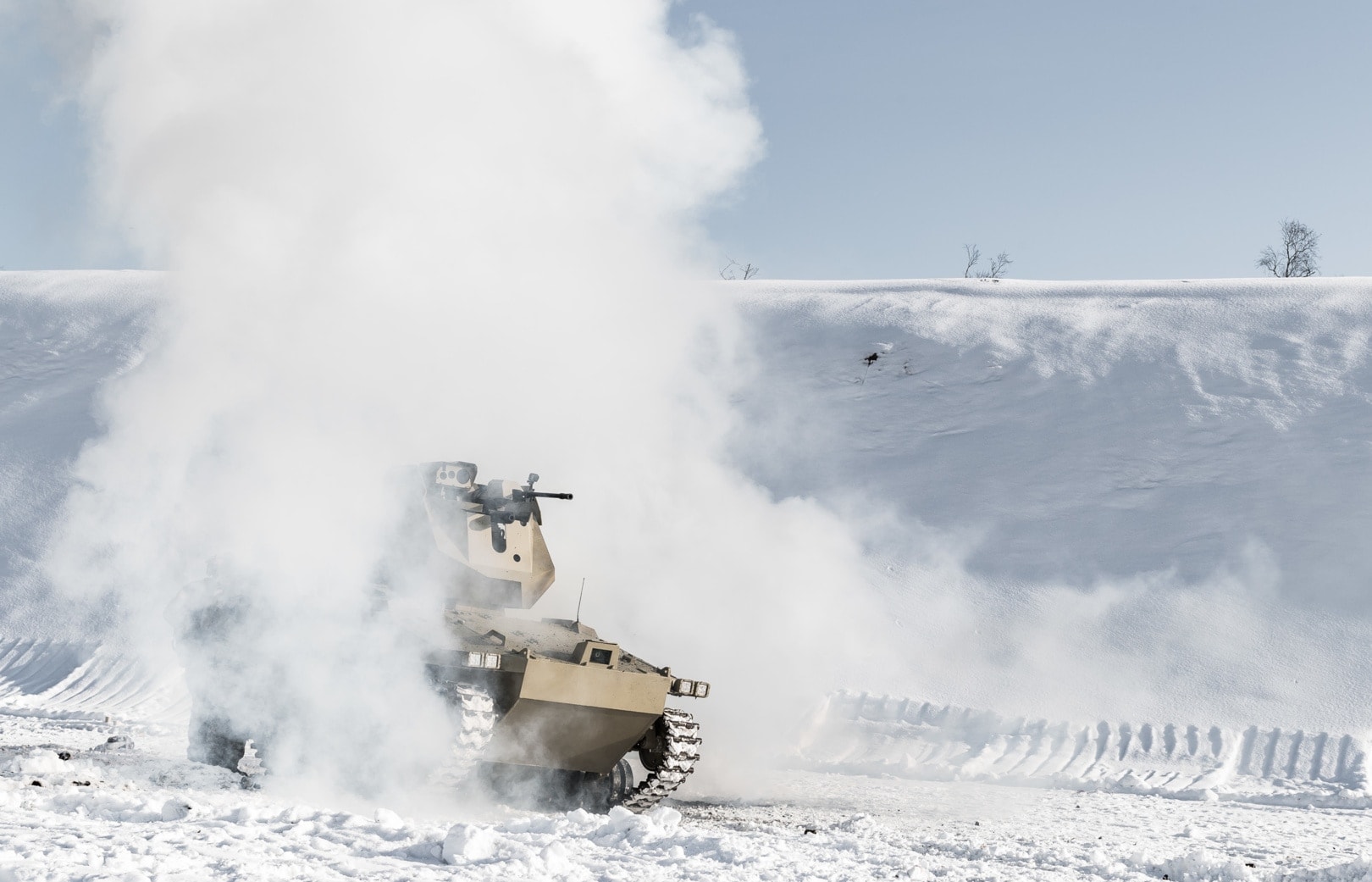